Florida officials confirmed on Saturday divers finding the body of missing woman, Shizuka Matsuki, 47, who was killed by an alligator while walking her dogs near a lake in south Florida. The 12ft 6in alligator involved was captured and killed.

In a statement, the Florida fish and wildlife conservation commission said: ‘The victim of this tragic incident has been identified as Shizuka Matsuki, 47 years of age, of Plantation, Florida. This tragedy is heartbreaking for everyone involved, and our sincere condolences go out to the family and friends of the victim at this time.’

Notice of bridling heartache came on Friday when a necropsy of a captured alligator in Silver Lakes Rotary nature park revealed a human arm in the reptile’s stomach. The Sun-Sentinel reported search teams being able to enter the lake in Davie and locate Matsuki’s body.

Vivian Gallinal, a Davie police detective, during a press conference told of a witness seeing Matsuki walking her dogs near the water on Friday morning. An alert was sounded after the witness called police to report subsequently seeing the dogs alone and barking.

One of the dogs, a pitbull, was wounded in the attack. The dogs are now in the possession of the Broward county animal care and adoption. Authorities also had the grim task of telling the woman’s husband and adult son that Matsuki, described as a great cook by friends as positively identified as the victim.

Told Davie Police Maj. Dale Engle via the Sun-Sentinel, ‘Her dogs won’t leave the pond. One of her dogs got bit by the gator’.

The savaging of Matsuki follows local residents complaining about alligators at the park. Davie’s assistant director of parks, Jeff Polhman said trappers had been hired in the past 18 to 24 months to capture the alligator, without success. Some residents said they had lost pets that wandered too close to the lake.

Investigators are now surmising the captured alligator most likely ‘mistaking’ Matsuki as prey as it snatched the woman as she walked the shores like she had most other days, never expecting that she would become alligator feeding fodder…. 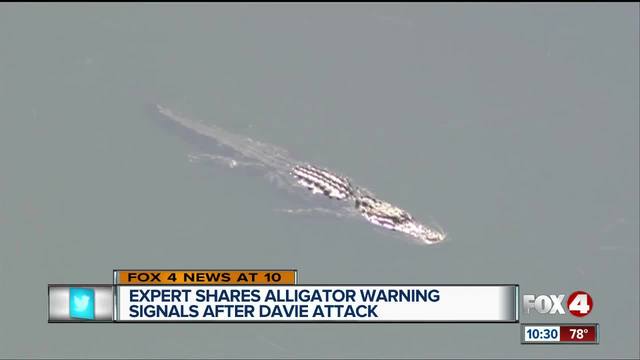