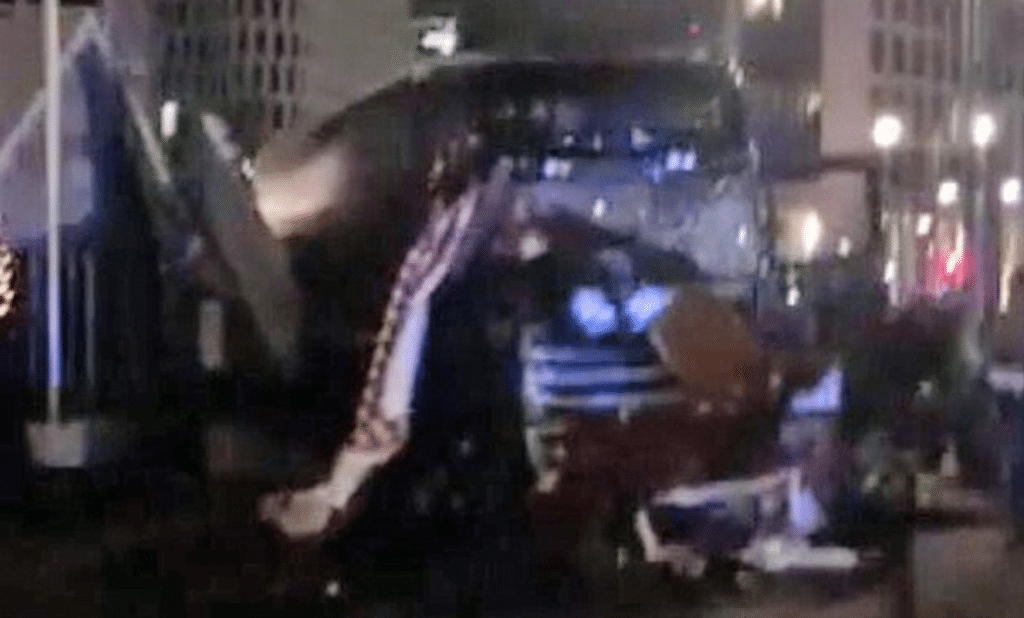 Was the Berlin Christmas truck attack a terrorist attack? 9 persons dead and 50 injured as a truck deliberately plows into a crowded market.

An intentional Berlin truck attack has led to nine people being killed and 50 wounded Monday night after a truck lorry ‘deliberately’ crashed into a crowded Christmas market in the German city’s center.

While initial reports told of one suspect on the run, recent social media feeds have told of a wanted man who fled the scene arrested near the zoo.

Berlin police also told of another attacker found dead in the truck.

While German authorities have declined to release the assailant’s identity, speculation has already mounted that the attack, was a deliberate terrorist attack.

Of note, ISIS has already moved to claim responsibility for the fatal attack.

The Berlin truck attack bears uncanny similarity to a terrorist attack carried out by a Tunisian citizen driving a truck killed 84 people on Bastille Day earlier in the year in France’s south, Nice. The driver, Mohamed Lahouaiej Bouhlel, was then shot dead by police.

Monday’s attack follows the release of an ISIS magazine article targeting the Macy’s Thanksgiving Day Parade in NYC, instructing jihadists how to carry out a successful attack as a lone wolf operative. In the article, ISIS suggested that a lone wolf use a vehicle to plow into a crowd and to carry a secondary weapon.

The Berlin Christmas market attack is the second high-profile terrorist attack today: the Russian ambassador to Turkey was shot dead in Ankara this morning while attending an art gallery.
Witnesses told of an unmarked 18 wheel truck barreling into a crowded popular Christmas market, Monday evening, traveling at speeds circa 40 miles per hour.
A report via the dailymail tells of the vehicle mounting the pavement before speeding through a crowd of shoppers, tearing through stalls as it travelled the entire length of the market on Breitscheidplatz Square, outside the Kaiser Wilhelm Memorial Church in west Berlin.

German media have since reported that the truck was from Gdansk in Poland – some 80 miles from Berlin, while the Die Welt newspaper saying that German intelligence had been warning city authorities for the past week of a possible attack on a Christmas market.

Latest reports tell of the truck belonging to a Polish company with the driver of the truck a cousin of the company owner, amid speculation that the truck was stolen from the man.

Video released by a witness about the truck which ran into a Christmas market in #Berlin. Multiple injuries reported. pic.twitter.com/09d4Jv3XQc