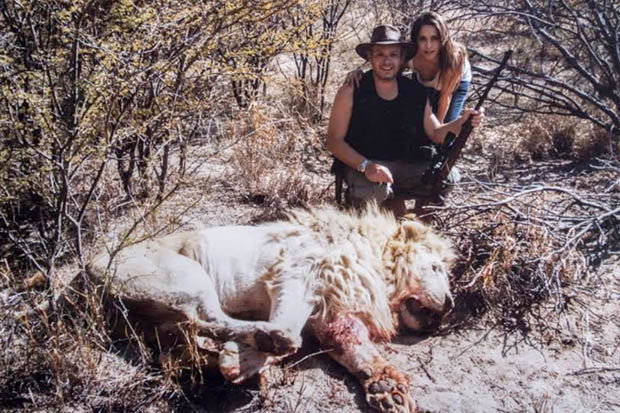 How Matias Garfunkel Argentinian millionaire and his model wife posing next to dead wild-life became the focus of wide condemnation.

Stoking outrage are leaked images showing Argentinian businessman and millionaire, Matias Garfunkel along with his model wife posing next to endangered wild life.

The pictures appear to be taken after a hunt in which the 42 year old businessman along with his socialite wife, Victoria Vannucci, 33 luxuriate over the dead animals they have just taken down.

Among the images leaked, are photos of the couple giddily posing next to lions, tigers, hippos and rhino, the backdrop of another trophy acquisition.

The images come courtesy of an anonymous twitter calling themselves ‘Mucamas de Garfunkel’ (Garfunkel’s Housemaids), who claims the photos were taken on a 2011 holiday in Africa. 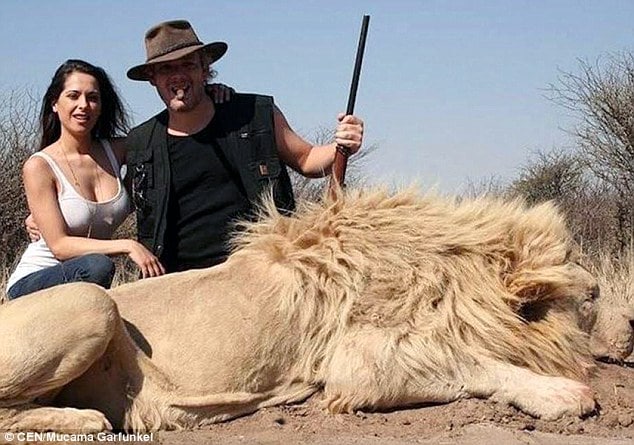 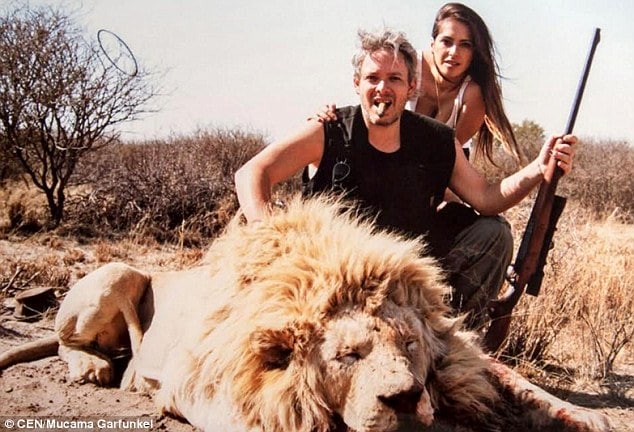 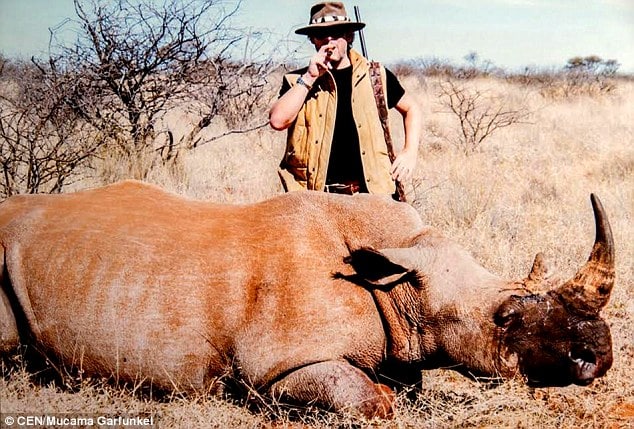 In one set of images, the couple is photographed with a dead lion as Matias Garfunkel has a cigar in his mouth, holding a sniper rifle and smiling alongside his female partner, her own trophy acquisition.

Victoria Vannucci, a model and sex shop owner, is also pictured next to a dead ram that she apparently shot as she is holding a pistol in her right hand notes a report via the dailymail.

In another image, the couple are pictured smiling as Vannucci kisses her husband who triumphantly holds his boot over a dead crocodile.

Other images show the happy couple posing next to other dead animals, including a rhino, a hippo and a tiger.

The release of the images did little to assuage the couple’s public profile, with twitter users savaging the couple, accusing them of being degenerative and despicable.

Tweeted Argentinian TV host Lourdes Sanchez: ‘I feel so bad to see people smiling next to animals they killed. Pure sadness and indignation.’

Posted, model and fashion designer Candelaria Tinelli on social media: ‘Nice of them. The Cuban cigar gives it quite a touch. I can’t believe it!’

While TV host Claudio Rigoli added: ‘Garfunkel and Vannucci: a lot of money and little brains. They kill animals for fun in a safari.’ 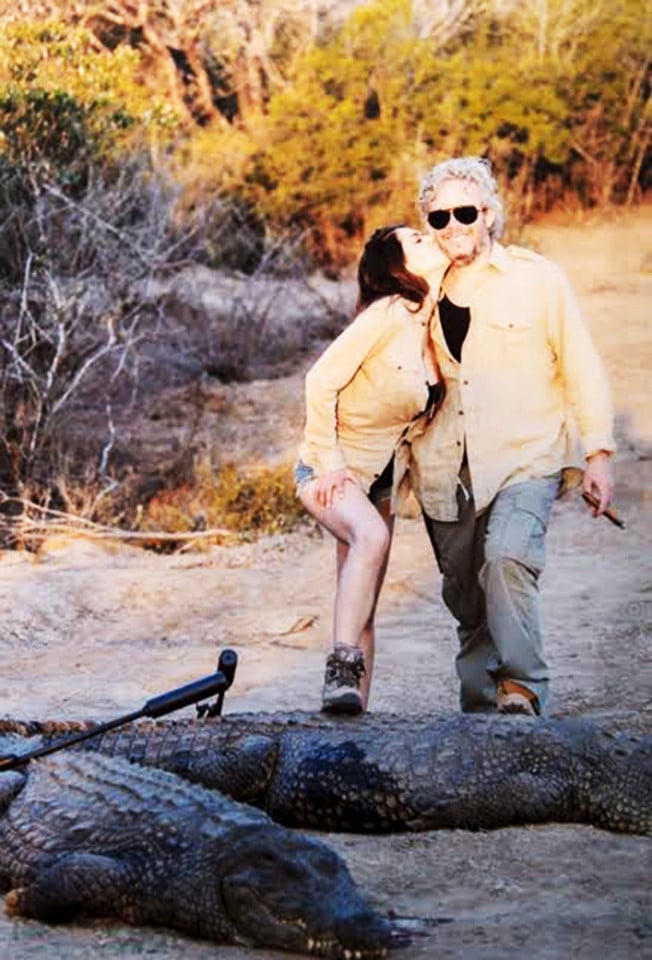 The couple have refused to comment on the photo leaks, with Matias Garfunkel having since lodged two complaints to authorities.

He initially accused his house staff of stealing the pictures and publishing them online.

Later he issued another request asking for authorities to investigate one of his relatives who has a background as a hacker.

Matias Garfunkel, who currently resides in the United States, is seen as a controversial businessman and millionaire who was close to the power circle around former Argentinean president Cristina Fernandez de Kirchner.

The tycoon was also linked this year to an offshore account in the Panama Papers, according to reports.

In the aftermath of the scandal, Argentinian media has reported Vittoria who is living in exile in the US with her husband firing maids without pay back in Beunos Aries along with calls to petition the couple.

Notes Argentina’s lanacion: ‘Persona non grata”, “Jail” and “conviction” are the most outstanding titles of the 10 submissions on the platform Change.org calling for some kind of justice from the scandal starring Matias Garfunkel and Victoria Vannucci as hunters in Africa.’ 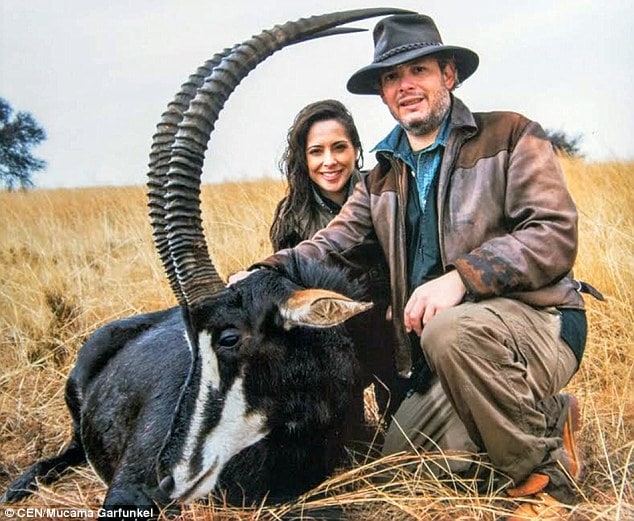 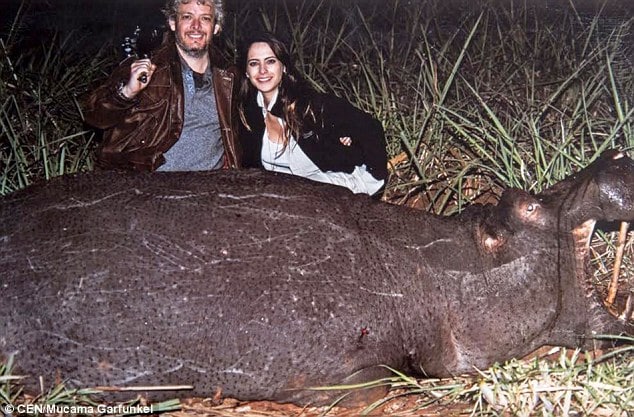 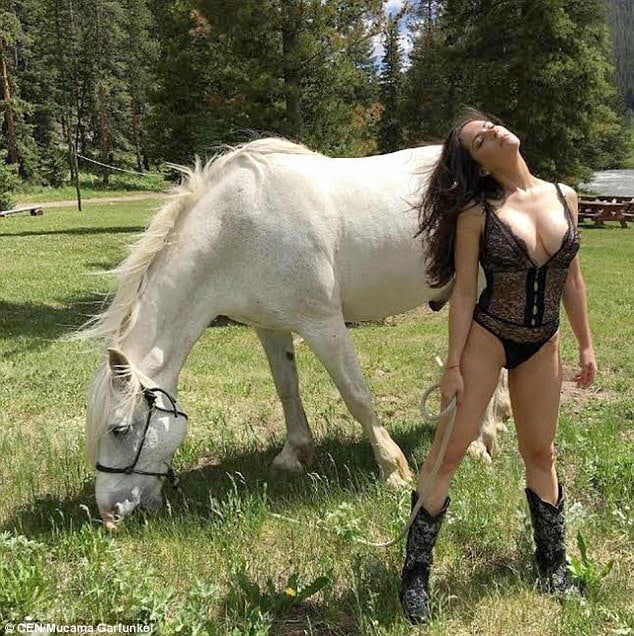