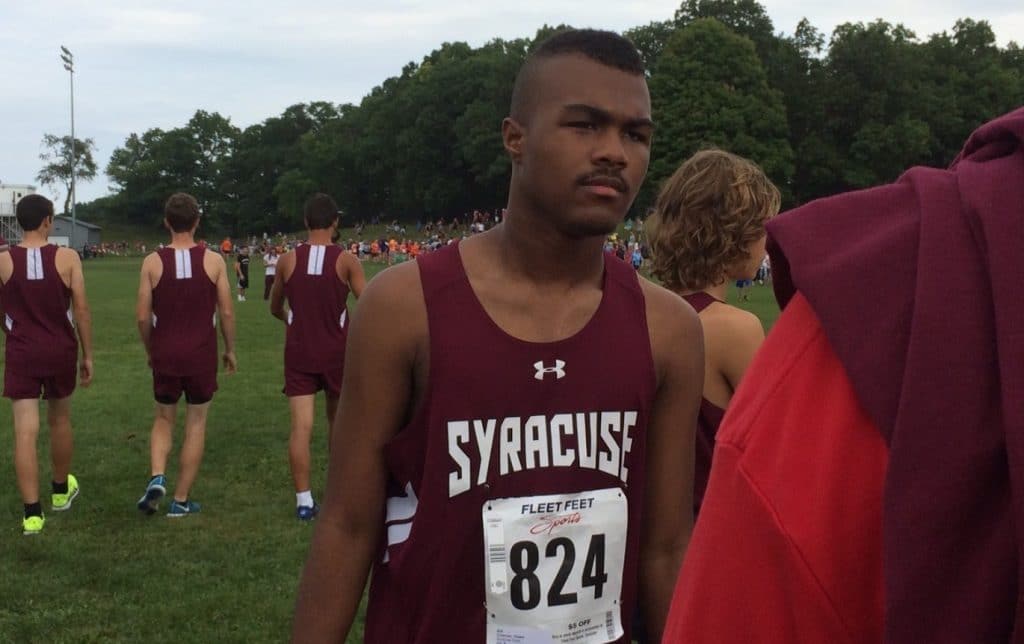 Chase Coleman autistic black teen attack: Why have Rochester authorities declined to press charges against a white man who assaulted a runner who ran off track?

The mother of Chase Coleman a black autistic teen who was assaulted at the hands of a 57 year old white man fearing that he was about to be mugged has told of her distress after a local court declined to press second degree harassment charges.

The attack on the woman’s 15 year old son came while Chase was competing in a race with the Corcoran High School Cross country team in Rochester earlier this month.

At the time, the youth on account of his autism found himself becoming disorientated and running off track. Not the first time according to the boy’s mother, Clarise Coleman who has since made a habit of attending every race meet her non verbal son participates in.

After patiently waiting for her son who had yet to make his way through the course, Clarise according to a report via the Washington Post took it upon herself to double up and look for her lost son.

Told Clarise Coleman: ‘I started walking in that direction, and I’m screaming his name out: ‘Keep going, Chase!’’

Adding: ‘And a young lady came up to me and said, ‘Are you looking for one of your runners?… someone just assaulted him.’

According to witnesses on the scene, a white male had gotten out of his car and pushed Clarise’s son to the ground.

He yelled ‘Get out of here’ at Chase before fleeing the scene, according to police reports.

Thanks to someone jotting down his licence plate number, police were able to track down Martin MacDonald, who admitted to pushing the teen.

According to an incident report, MacDonald believed ‘Chase was going to mug his wife and take her purse,’

Continued the incident report: ‘When the deputy asked him why he thought that, MacDonald told him that some youths broke into his car recently and that crossed his mind.’

Told the mother via CNY: ‘I said impossible. That’s a lie. Chase doesn’t even know how to defend himself. What? He can barely ride a bike,’

Adding: ‘[Chase] was in a uniform . He had a number pinned to him. How did you think that he was out trolling to steal your car?’

Despite the attack on Chase T. Coleman, MacDonald will not be charged for second-degree harassment after a Rochester judge, Caroline Morrison denied Clarice Coleman’s warrant application.

Reiterated Clarice: ‘You can’t tell me that it wasn’t because my son was black,’

‘He has a double whammy, he’s black and he has a disability so it’s not important — that’s what Rochester is telling me.’

Adding: ‘If that man had been black and Chase had been white, and that (police) report went in, he’d have been in jail.’

The attack has since led to Chase refusing to attend practices with his team and ended up turning in his uniform without running the final race of the season.

‘With cross country, it’s something that he could at his own pace and still be apart of the team,’ Clarice told the Washington Post. ‘I just thought it was wonderful.’

In the weeks after the incident, Chase’s mother has worried her son may have lost one of the few things he felt passionate about.

On October 25th, Susan Boyle of the Syracuse Common Council reached out to District Attorney Sandra Doorley of Rochester to ask why the warrant was not granted and the crime unpunished, saying the progress Coleman has made in his extra-curricular’s ‘To be lost due to a racist, aggressive, unprovoked attack on an African American minor with absolutely no consequences is, for lack of a stronger word, unacceptable.’

To date Doorley has declined to respond to Susan Boyle’s letter.

What do you think, had the race of the man who knocked down Chase Coleman being black and Chase a white teenage boy, would authorities have pursued legal action?