How Barbara McClatchie Andrews, a Canadian photographer ironically became a victim of her success and the country that she defended to the core.

Friends and family are trying to make sense of the brutal slaying of Canadian photographer,  Barbara McClatchie Andrews after her body was found ditched by the side of a road in Cancun, Mexico.

The 74 year old woman’s death comes upon arriving in the favored travel destination where authorities say Andrews was strangled by an airport bus driver, robbed before her body was dumped by a road outside Merida, Mexico, this past Friday.

Ironically the woman was strangled with the strap of her camera, in which she had made her life work and acclaim.

The state Attorney General’s office believes Barbara McClatchie Andrews was killed by the bus driver taking her from the airport in Cancun to her home in Merida – after a trip to visit family in Canada.

Reports from local media tell of a married father of two, Juan Carlos Lopez Martinez, a charter bus driver from Veracruz being arrested in relation to the photographer’s murder.

Authorities say Andrews, whose work has appeared in acclaimed periodicals, including the National Geographic, was the only passenger on the bus back to Merida after other passengers got off.

Her body was found a few kilometers from her destination by a passing farmer at 7.30am on Friday.

The Yucatan Times reported the photographer had been strangled to death, and beaten several times around the face and body. Her camera and money stolen.

Her death is still under investigation. 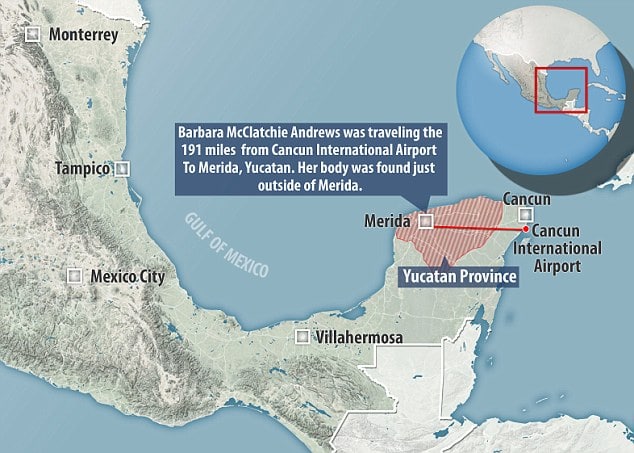 Andrews, described by friends as a ‘fascinating and lively and vital person’, had traveled all over the world for her work notes a report via the dailymail.

She had moved to the colonial town of Merida, the capital of Yucatan, several years ago where she had opened non-profit gallery in Lak’Ech for emerging artists in 2007 that she was still heavily involved with. Until her death, she had lived in the area the last ten years.

She has also been represented by Art Works Gallery in Vancouver, according to gallery owner Deanna Geisheiner.

‘We are shocked and saddened by the death of Barbara McClatchie Andrews,‘ the gallery said in a statement. ‘We are heartbroken for losing such a dear friend and an accomplished artist.

‘Our deepest condolences go out to her family and friends. We strongly demand the investigation brings her murderer to justice.’ 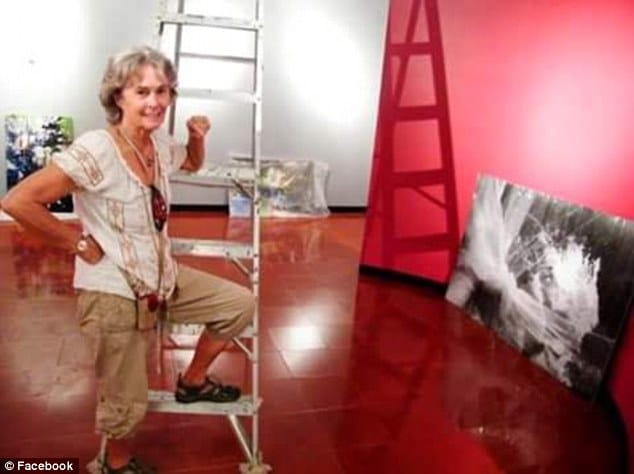 Up to her death, the well regarded photographer loved Mexico and was a fierce defender of the country in the grips of an unrelenting drugs war.

Noted Vancouver artist and friend, Rodney Clark: ‘She was ageless in attitude, incredibly gifted, wickedly intelligent, kind beyond measure and had the most wonderful sense of humor. We could talk for hours at a time. I feel so blessed to have seen her such a short time ago. A great loss’.

Colleagues of Andrews say her early work focused on the developing world where she had traveled extensively.

Her photographs were published in international journals including National Geographic and The World & I.

She had also exhibited in shows all around the world.

National Geographic Latin America paid tribute to their occasional contributor Andrews in a statement which read: ‘We express our most sincere condolences on the passing of the photographer Barbara Mcclatchie Andrews.’

Locals from the small town of Merida, which has typically avoided some of the worst of Mexico’s violence, were shocked by the news.

Andrews, who was trilingual, according to her Facebook page had studied English and French literature at the University of British Columbia, and went on to pursue post-graduate studies at Montreal’s Concordia University and the University of Arizona.

She is survived by her son, Julian Andrews, and brother, Sam McClatchie.

She was also a former teacher at South Delta Secondary in British Colombia, Canada. According to the photographer’s website, she had homes in both Vancouver and Merida. 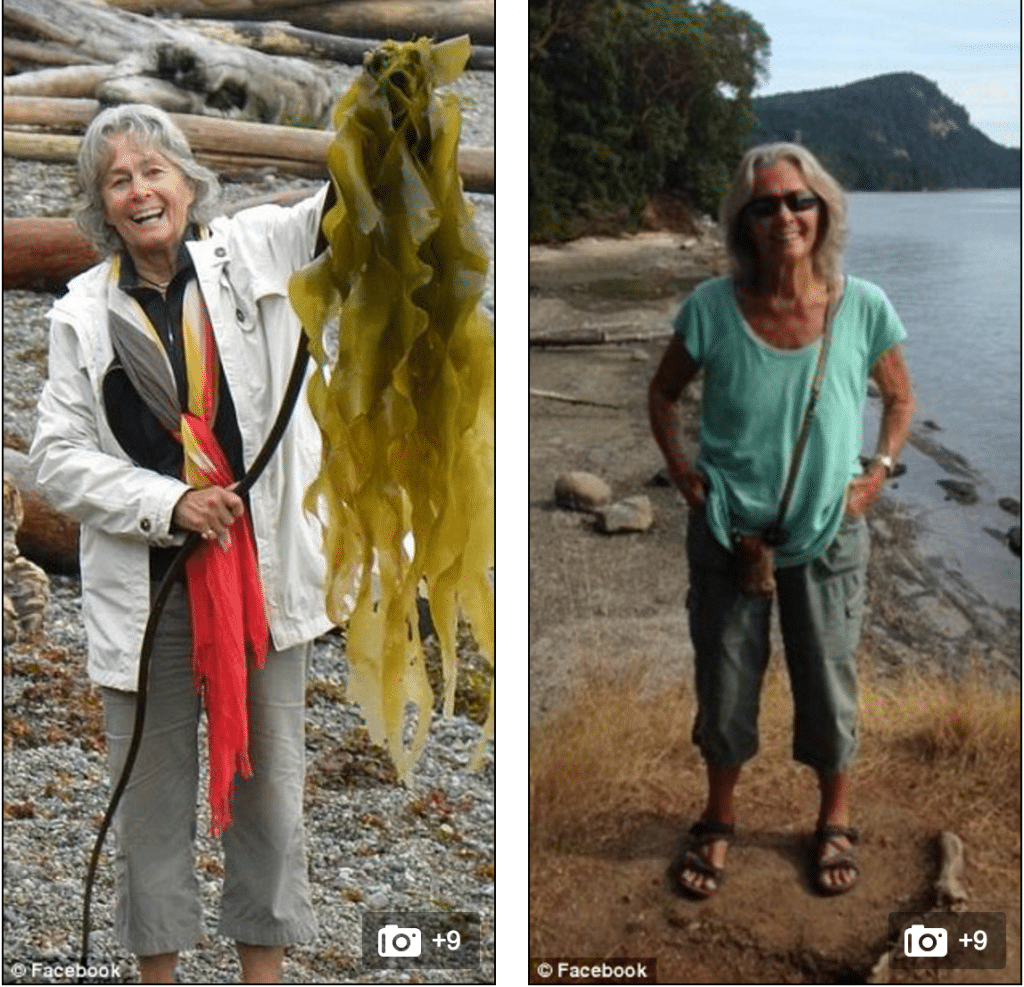