What led to Armando de Andrade a Brazilian son allegedly being tied to a bed in the basement of his parent’s home? Parents insist son moved away and only just returned to beat drug addiction.

Brazilian authorities have told of a Sao Paulo man, Armando de Andrade allegedly being held captive by his father and step mother in the basement of their home for at least 20 years.

The man’s freedom came after police accidentally came across the man after searching homes looking for members of a drug gang.

The 36 year old man, said to have disappeared at age 16 according to local media was ‘chained to his bed in shackles’ in a tiny windowless room.

Upon his discovery, police told of finding the man with ‘enormous’ toenails and fingernails and a long beard which had grown to his knees. Police described the missing man as ‘malnourished.’

Police believe Armando de Andrade lived in virtual darkness for two decades in a room without light fittings, while the floor was reportedly covered in human faces.

At the time of his discovery, police said there was no one else in the house when they searched the home. Neighbors said the man’s father, stepmother and her son used to live there.

Police chief Celso Marchiori said of the moment policemen found him: ‘He got up, very impaired and didn’t speak a word. We took him outside and he still didn’t say anything. We didn’t know if he was scared or drugged.

‘He wasn’t able to identify us as police officers. We called for help and he was taken straight to hospital.

‘It’s difficult to believe he was in that place for 20 years. It’s a very insanitary place, he wouldn’t have survived. There’s no light at all.’

Neighbors in the Guarulhos district of Sao Paulo, southeast Brazil, recalled how Armando was a normal 16-year-old, who liked skateboarding and playing the guitar, when he suddenly disappeared.

A report via bbc cited neighbors saying the missing son was regularly beaten by his stepmother before he suddenly disappeared.

Never seen again by his friends, Armando’s family always claimed he had moved to another part of Brazil and was ‘doing well’.

One neighbor, Aparecido Rocha Brasil, said he believed the teenager’s father and step-mother decided to lock him in the room after he started experimenting with alcohol.

Told the neighbor via Brazil’s Globo News: ‘Every teenager is curious about these things. But for some reason, when alcohol entered into his life, his family decided to take this approach, and kept him locked up for all this time.’

Offered Ederson Silva, a childhood friend of Armando: ‘Whenever we asked about him they always said they same thing, no, he’s living in the northeast, he’s well, he’s working, he’s building his family there. That’s all they said to us.’

Since the revelations, Armando’s father Amancio de Andrade denied the allegations, claiming that his son left home aged 18, only to return last week, with the son allegedly asked his father to lock him in the room in a bi to get clean from drug addiction.

Told the father: ‘He’s a grown man. He never got in touch. Then last week I opened my door and he was there. He gave him food and let him stay in the basement room. He asked me to lock the door so he couldn’t get out.’

Armando is being cared for in the psychiatric ward of a local hospital, where he is reportedly too traumatized to speak.

A video of a friend talking with him shows the man only able to nod or shake his head to respond to questions.

Not necessarily understood is if the son ever made a bid to escape his circumstances and why the man’s parents believing their son to be a danger to himself wasn’t sequestered to counseling?

Police have launched an investigation while Armando’s father and step-mother, who have not yet been arrested, have reportedly fled their home following aggression from angry neighbors. 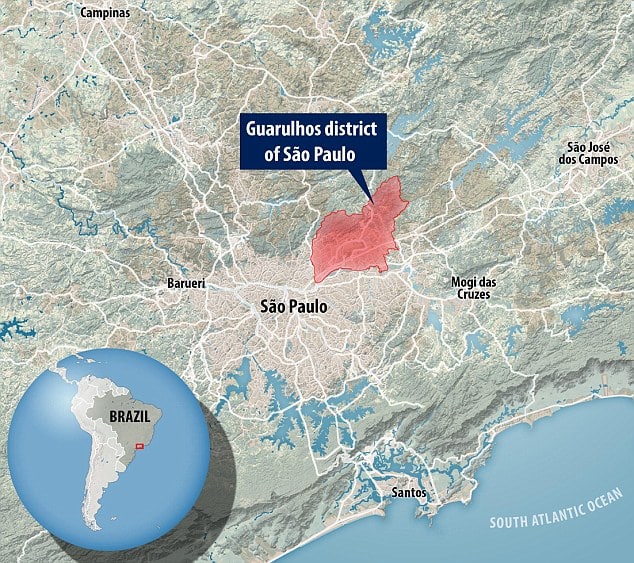