Domingos Montagner, a Brazilian soap opera TV star has died after drowning in a river.

Tragically, the 54 year old actor drowned after nearby witnesses ignored his pleas for help believing he was filming for his show.

Local press reported the matinee idol going for a swim Thursday afternoon in the Sao Francisco River in Caninde, a small town in the northeastern state of Sergipe, with fellow actress Camila Pitanga.

The pair had gone swimming after earlier wrapped up shooting for the day.

Pitanga said Montagner was dragged away by strong currents and that her shouts for help were initially dismissed because locals believed it was a scene from the Velho Chico soap he starred in.

Pitanga told police that she was able to pull herself up on a rock and tried to grab Montagner’s hand twice.

Authorities said there was little that anyone could have done.

Brazil’s G1 news channel on Friday reported Montagner’s body being found 60ft below the surface and 1,000ft from where he was last seen.

‘They thought they had chosen a safe spot to swim, but that is one of the most dangerous areas in the town of Caninde and usually avoided by locals,‘ police chief Antonio Francisco Filho told O Globo.

The outlet told of one person, on average, drowning every year in the town since 2005.

Montagner’s body was found by rescue teams four hours after the incident, the BBC reports.

Offered Antonio Francisco Filho, a local government official: ‘[The stars] thought the area they picked to swim was safe, but, in fact, it’s one of the most dangerous places to bathe,’

‘This is a part of the river in Caninde that isn’t common for bathers.’ 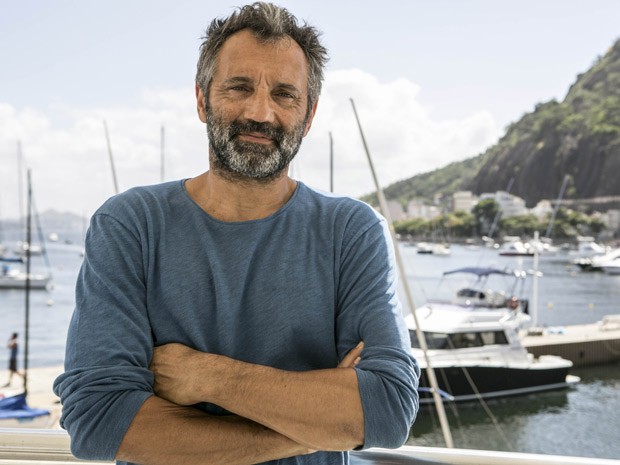 The 54-year-old Montagner starred in the soap opera as a farmer who often had to fight off gunmen. In one scene, he was shot multiple times and appeared to drown in the same river (see below), only to reappear in the show weeks later.

Globo TV produces the series and confirmed the crew had been shooting in the area.

Montagner was born in Sao Paulo and had a career in the circus before becoming a television actor, in 2008.

Montagner had been married for 14 years to actress Luciana Lima, with whom he had three children.

Domingos Montagner will be buried in his native city of Sao Paulo on Saturday. 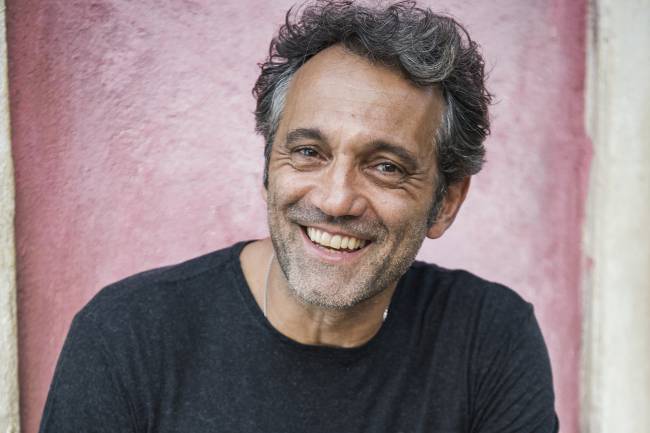