What led to Dalton R Davis callously slamming his girlfriend’s newborn baby along a pavement road? Man concedes guilt after caught in web of lies.

Dalton R. Davis of Jay County, Indiana has been sentenced to 65 years jail after admitting to repeatedly slamming the head of his girlfriend’s newborn baby on the sidewalk.

On the evening of the assault, a report via the washingtonpost told of Dalton R Davis arguing with his girlfriend before walking outside with the baby in his arms.

With no-one outside to witness his actions, the boyfriend grabbed the newborn by her legs and slammed her head against the pavement two or three times.

Davis – who is not the father of the young victim – then returned home with the child and placed her back in her cradle.

When the girl’s mother, who had been asleep during the incident, went to check on her daughter she found her unresponsive.

She called 911 and Lillian Grace was taken to a nearby hospital where she was pronounced dead.

An investigation led to Dalton R Davis conceding that the baby girl was dead when he put her in the crib.

Davis later admitted that he believed the girl was dead when he put her in the crib.

A subsequent autopsy found the child had died from severe blunt-force trauma and that the five-week-old had a skull fracture and bruising across her chest, back and head.

The boyfriend was was arrested just two days later and charged with murder, according to the Jay County Prosecutor’s Office.

When questioned by police, Davis initially told officers that he had checked on Lillian Grace just half an hour before she was found by her mother and she was ‘fine and did not appear ill,’ the Indy Star reported.

Confronted by police that the boyfriend’s versions didn’t match that of the child’s injuries, Davis changed his story, saying he had gone outside for a smoke when he ‘accidentally’ dropped the child on the head.

Once again, the boyfriend’s story didn’t match the severity of the newborn’s injuries. 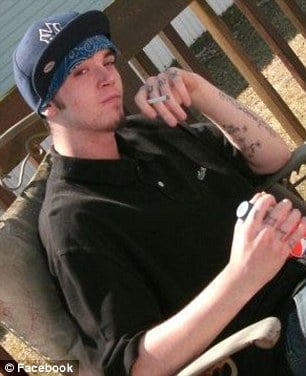 Eventually Dalton R.Davis admitted he’d slammed the infant’s head on the concrete because he was angry that his girlfriend had got drunk.

Jay County Prosecutor Wes Schemenaur had sought a life sentence without the possibility of parole for Davis, with the (Muncie) Star Press quoting the judge as having said he’d never seen a case ‘as senseless or barbaric’ before.

However, on July 14, Davis took a plea deal to avoid a life sentence and was jailed for 65 years, with no possibility of bail until 55 years.

During his sentencing, the former boyfriend showed no remorse along with making no apology to his former girlfriend and her family.

When asked if he had any comment to make to the court, or the victim’s loved ones, he replied ‘no.’

Responding to the sentencing, the store assistant ex girlfriend took to facebook where she posted she was relieved that the ordeal was finally over.

Wrote the mother during Mother’s day: ‘Just to think about mothers day it sucks…. knowing my baby girl isn’t here to spend it with me kills me.

‘I just want her here with me.. This would of been the first year with her here… rip lilliann grace lloyd mommy misses u sooo much …. I love u princess… forever and always.. never forgotten babygirl.’ 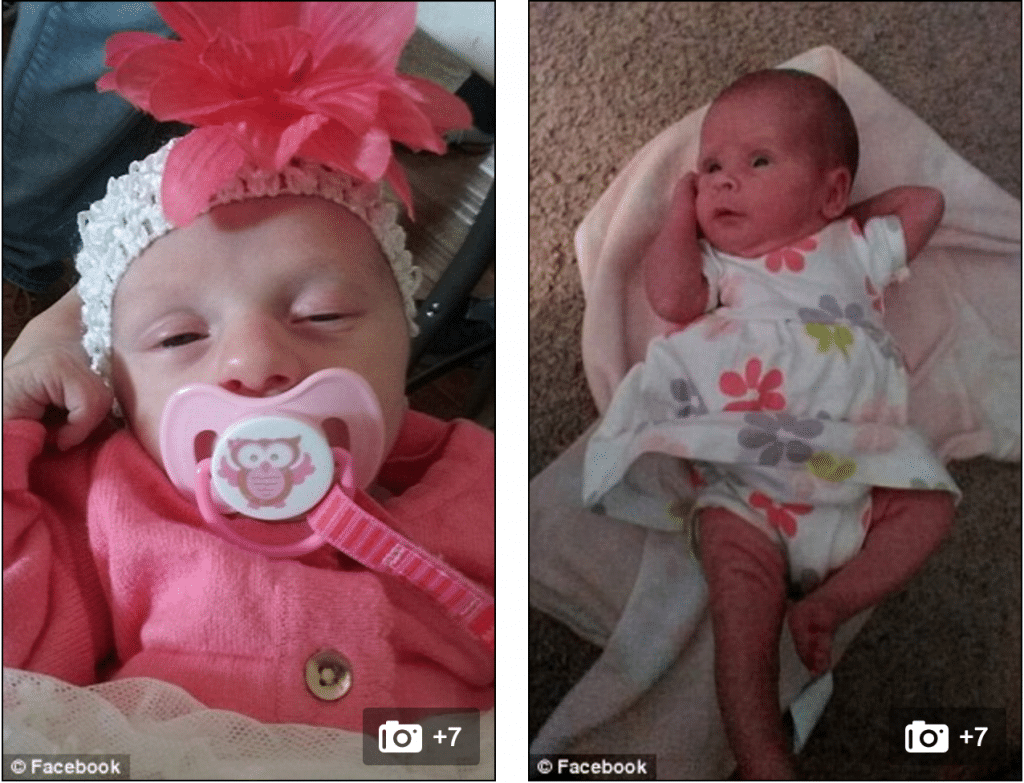