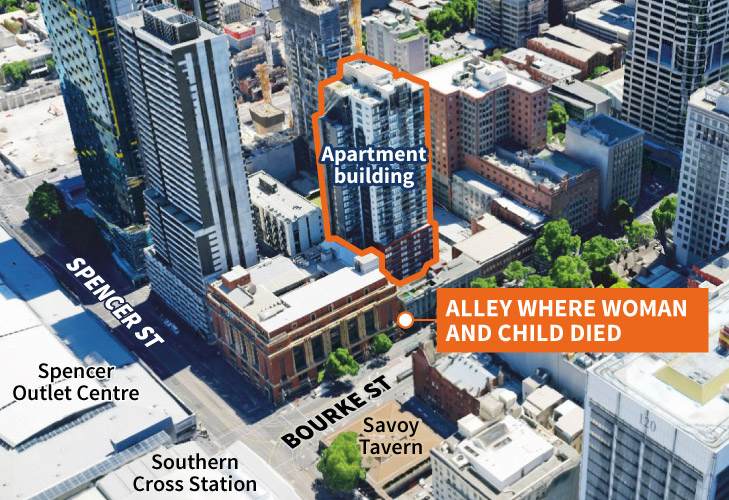 Melbourne mother baby jump to their suicide deaths: What motivated a 31 year old mother living at a Melbourne CBD building to take her own life and that of her child?

Authorities have yet to tell what led to a 31 year old Melbourne mother and her 4 month old baby son falling/jumping to their deaths from a sixth floor inner balcony to their deaths.

The incident happened at the central Melbourne, Australia intersection of Bourke and Spencer streets in the Docklands, CBD, 10.30 am local time, Thursday morning.

Witnesses told of hearing ‘blood curdling’ screams as the woman fell with what they believe was her child from the City Point apartment.

To date, police told they were not looking for anyone in relation to the deaths and that they were preparing a report for the coroner.

Emergency services told of being unable to revive the mother or the child upon arriving a the scene.

Further reports told of the father collapsing in shock when he arrived at the Docklands building. It is thought the man wasn’t present when the mother chose to jump to her suicide death. He was later taken to hospital suffering from shock.

A mother and her 4-month-old baby have died after falling from an apartment balcony. https://t.co/8nw9Babx2t #7News https://t.co/B6H8eqJZCE

Initial speculation had led to police contemplating a possible broken balcony, but later told that there was nothing that indicated that faulty construction was to blame for the deaths.

A report via the heraldsun told of the mother and child’s body being discovered in the courtyard of the building, where apartments sell for more than $400 000 AUD.

The tabloid told of the mother and child living with the father on the 20th floor. How or why the mother chose to jump from the sixth floor inner balcony is yet to necessarily be understood.

A report via the age quoted witness, Christine Harms hearing someone yell out, ‘Oh no, oh no’ after the incident.

‘A lady went in to the alleyway and then there was some screaming,’ Christine Harms said.

‘It was gut-wrenching to hear.’

Two construction workers from a nearby site were sent home after witnessing the traumatic incident. 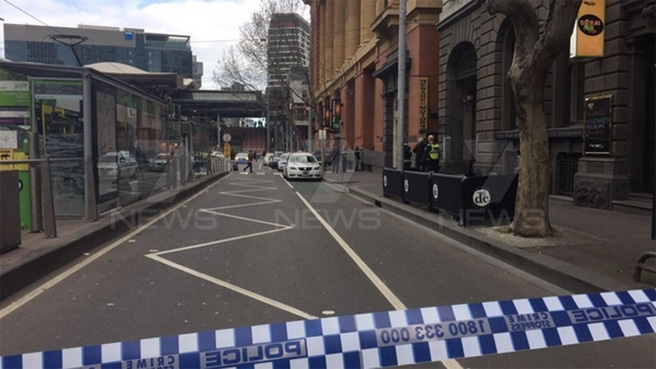 Relatives and friends visited the apartment block early on Thursday afternoon. Later, a family could be seen talking with police and social workers in the foyer of the building just before 2pm.

A man who knew the woman said they were left shocked by the incident, adding: ‘We don’t know what happened.’

A report via the dailymail told of more than a dozen uniformed and plain-clothed police and eight police cars closed off the scene – at one of Melbourne’s busiest intersections – with some taking bagged items out of the building.

Investigators started to leave shortly after 3pm and the footpath at the front of the building was reopened as police tape was removed.

Not necessarily understood was whether the mother and the child’s father were entangled in any disputes that may have led to the woman seeking to claim her life and that of their child. Also not understood is if social services, mental health or police had prior contact with the family and if not why? 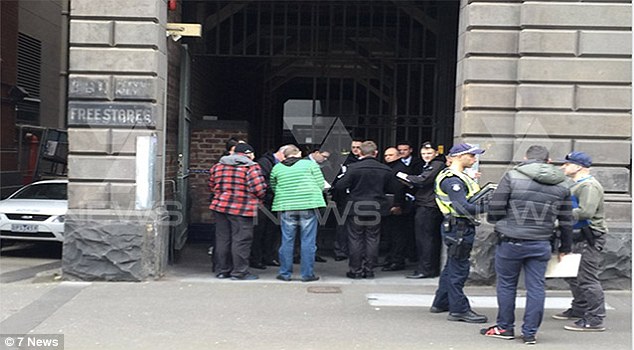