Did Mark French end up getting barred from traveling on An Alaska Airlines flight because he looked Arabic? Furore erupts on social media.

Mark French has told of recently being kicked off an Alaska Airlines flight en route to Seattle, Washington from Dallas, Texas because his beard frightened another passenger.

On his way to see his singer, the man was barred from getting on the flight after another passenger allegedly complained about Mark French looking ‘Arabic and scary.’

The incident led to French’s sister taking to Facebook to air her grievances.

Posted Maria French: ‘I AM SO ANGRY. My brother Mark French was supposed to be arriving here in Seattle today, but Alaska Airlines just kicked him off the plane because someone complained that he looks “Arabic & scary”,’

‘I have no words. Just so angry I feel sick…’

A report via NewsFix told of Mark French in the waiting area talking on his phone when he was approached by security.

Incredulously, French insists personnel told him he couldn’t fly until he was clean shaven.

Later, Mark took a picture of the beard that allegedly prevented him from taking his flight to see his sister, which appears to be little more than stubble.

Responding to the fracas, Alaska Airlines released the following statement:

‘We want to assure you that ethnicity did not play a part in this situation.

‘The passenger was deemed unfit to fly at that time but was rebooked for a flight today to his destination.

‘There is more to the story, but per our company policy we do not share details about our passengers.’ 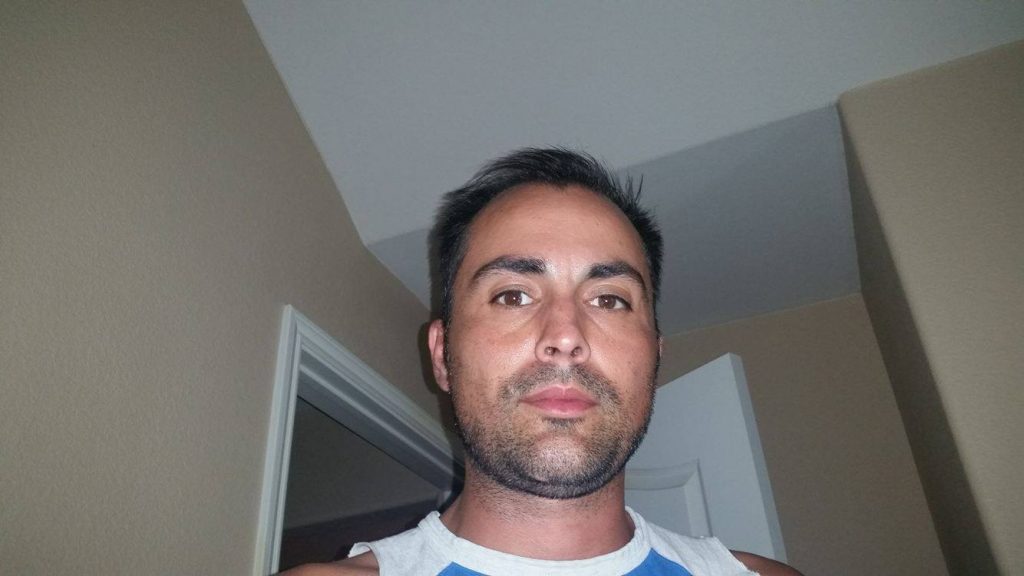 The incident nevertheless led to an outpouring of rage on Maria French’s facebook post, with the sister telling: ‘They didn’t apologize or offer anything. They just said to come back and try again tomorrow.

‘He said he’s going to shave before going back, but what else is he supposed to somehow look more white overnight?

‘And that shouldn’t be a prerequisite to fly!

Adding: ‘He doesn’t have to do or say anything wrong, all it takes is one white person to say sharing a plane with a brown person makes them feel unsafe.’

The incident has since led to commentators posting on Alaska Airlines’s Facebook page condemn the airliner.

Responded the airline in response to one commentator: ‘I can assure you that ethnicity did not play a part in this situation. I know that may not help because we won’t share details publicly due to passenger privacy, but it’s what I can share.’

A woman, claiming to be Mark’s wife, slammed the airline saying she thinks the airline is trying to suggest her husband was drunk as a way to get around allegedly kicking him off the flight due to his appearance.

‘Is that the defense and angle you are taking? Because I assure everyone, this is 100% FALSE.

‘At no time was he ever questioned, detained, searched, or asked to clarify the complaint. At no time, was he breathalyzed, asked if he was intoxicated, or given the opportunity to explain,‘ she wrote.

The airline responded saying she should contact Mark directly. She replied: ‘I live with him.’

According to NewsFix, Mark said he received a call from the airlines’ customer support with an offer to let him re-book his return flight at the same price.

However, he said it doesn’t make up for the humiliation of being targeted as a terrorist because he didn’t shave.

And for those who insist on beards and the trimming acumen that comes with such astute aesthetics, there was this comment on the web below as well. Indeed….

“If you’re looking for a beard comb, Beard Gains has a huge collection with 71 different beard combs to choose from.” 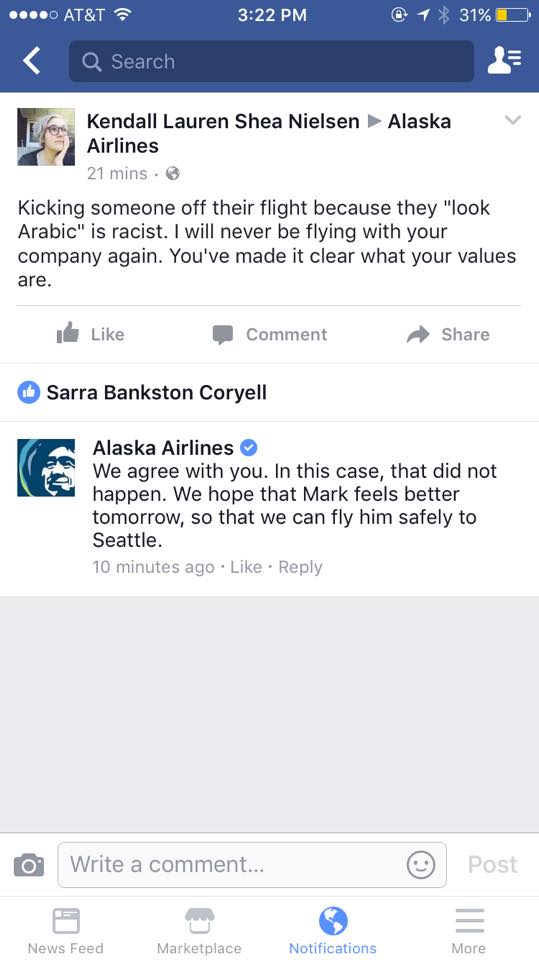 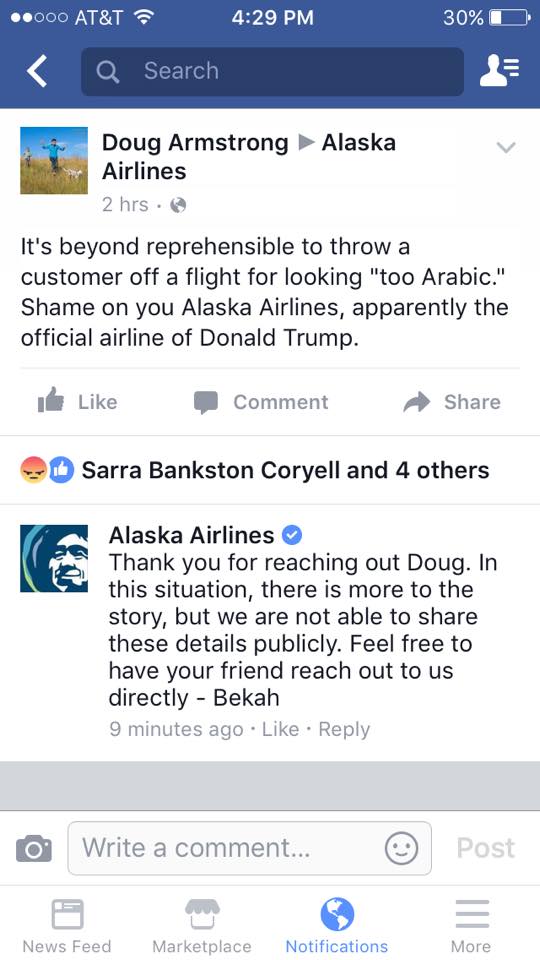