Guido Menzio: Has the notion of profiling & giving into every man’s paranoia served to unhinge society post 9/11 amidst a contagion of xenophobia?

Guido Menzio an ivy league economics professor at the University of Pennsylvania, originally from Italy was nearly thrown off a recent American Airlines flight Thursday night after a fellow passenger in flip-flops became distressed at the man who she increasingly began to suspect while waiting for take off. Suspect him because the squiggly lines he was penning on a pad of paper looked like it might be Arabic, even if Menzio knew it was a torrent of math equations….

Distressed by the professor’s by what she described taciturn demeanor and his inability (or desire) to make small talk, the 30-ish woman with a red tote bag sitting next to the math professor decided to alert a flight attendant that she was ‘sick.‘

From there, the plane which had been scheduled to make a local domestic flight from Philadelphia to Syracuse, American Eagle Flight 3950 was called back as Menzio and the man’s fake ill neighbor were removed from  the plane where they were then questioned according to the Washington Post.

Guido Menzio, a world renowned revered economist, revered for his work on search theory, who’d taught at Princeton and Stanford Universities was then questioned by a customer service manager for the airline and local security, contracted by American Airlines, on suspicion of terrorism because of his note-taking.

Menzio, 40, told that he felt he was ‘treated respectfully,’ while adding that the ‘broken system does not collect information efficiently.’

Reflected the singled out economics professor with an ‘exotic foreign accent’, dark complexion, olive skin and curly hair: ‘What might prevent an epidemic of paranoia? It is hard not to recognize in this incident, the ethos of (Donald) Trump’s voting base.’ 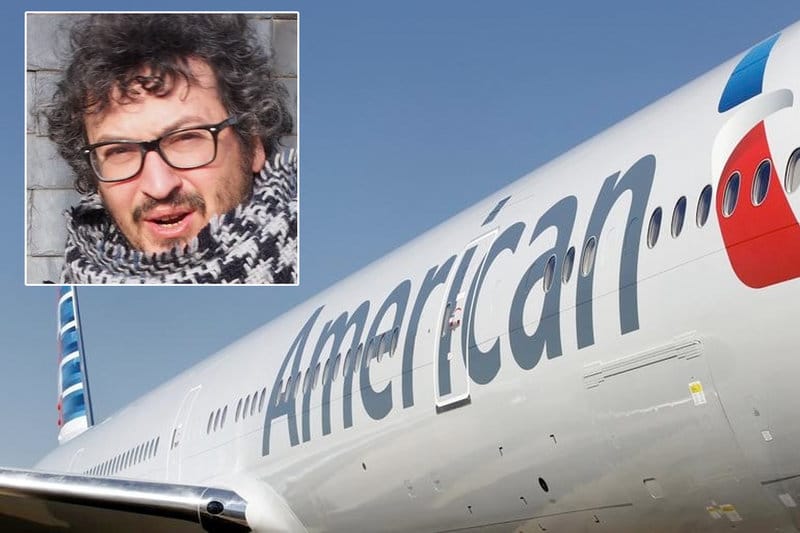 After showing them that he was just writing notes for a paper he was coauthoring on menu costs, Menzio was allowed back on the plane.

American Airlines 3950 arrived in Syracuse at 10:51 p.m., far later than its estimated landing time of 8:28 p.m., because of the woman’s profiling, according to FlightStats.com.

The woman, still unidentified, a blonde in her 30’s was pulled from the flight for her false illness shortly before Menzio and did not reboard the plane.

Told a spokesperson for the airline: ‘After reviewing the situation, the captain determined the flight should continue. We apologize to our customers for the delay.’

Menzio went on to tell that he was troubled by the ignorance of his fellow passenger, as well as ‘a security protocol that is too rigid–in the sense that once the whistle is blown everything stops without checks–and relies on the input of people who may be completely clueless.’

Rising xenophobia stoked by the presidential campaign, he suggested, may soon make things worse for people who happen to look a little other-ish. 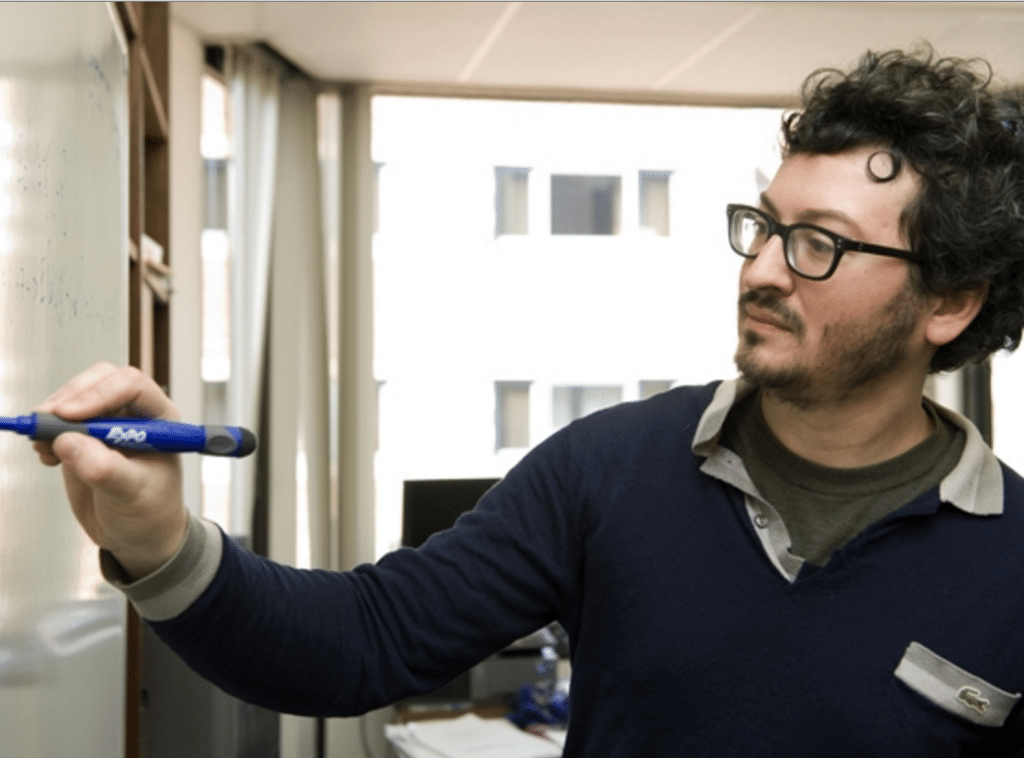 And then there were these sampling of comments on the web that made me wonder, see what you think?

Clearly we need to outlaw Arabic Numerals like the Medieval Church and go back to Roman Numerals to be safe.

Incidents like this are going to rise thanks to yes, Donald, but also due to the (largely stupid and insecure) American public being bombarded with announcements at every travel hub that we are to notify security if we see anything unusual. Since so many people are cut off from society through their own free will and thanks to the Internet, many people who rarely travel assume everyone is suspicious. I don’t see an easy solution.

How do you map Trump’s anti-immigration rhetoric to someone’s suspicion of a terrorist? It seems 9/11 would be the more likely cause.

This country is going to be ruined by our continuing coddling of stupid people. We cry about safe spaces on college campuses but never say anything about the safe spaces we provide bigots. We make laws for them, we stop planes for them, we pretend they are credible when they nominate a complete moron to be President.