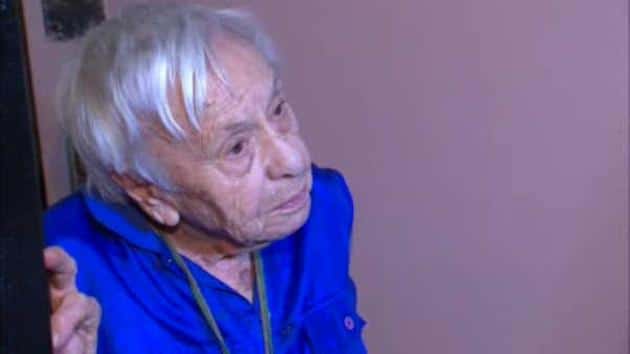 During her hearing the court heard how the 53 year old career criminal with 27 prior arrests waited for her 99 pound victim to get her mail before then following her into the elevator and into her 8th floor Coop city apartment where she assaulted and robbed Signore.

The incident led to the pensioner being roughed up and having her shopping car and handbag which had $30 cash stolen.

Also stolen at the time of the robbery was Signore’s magnifying glass, bingo cards and food she was bringing home from a local senior center she had just come from.

A neighbor who heard Signore’s calls for help came out and found her on the ground and called 911.

From there a report via the nydailynews notes Duffy describing the ‘callousness’ of the crime, as well as McNeil’s failure to show up in court for some of her 27 misdemeanor convictions.

Pleading not guilty to charges of robbery and aggravated assault at a Bronx Criminal court, Judge Ralph Fabrizio cried in disdain when he was informed the age of Sharon McNeil’s victim.

McNeil’s hearing came after having already been on probation for larceny.

During Sunday’s proceedings, Sharon McNeil’s defense attorney, Elliot Shapiro said surveillance footage had not captured the crime itself, while adding, ‘It’s a circumstantial case by video. It’s not always easy to make an ID.’

Offered the judge: ‘When people prey on 103-year-old victims — this case better be ready next month. We have to try this quickly,’

‘People prey on old, fragile individuals because they think they won’t come forward.’