Did Philip Brailsford a Mesa Arizona police officer go too far in the application of his duty? Was he geared for combat mode as opposed to upholding the law?

Mesa, Arizona police officer Philip “Mitch” Brailsford has been indicted on murder charges after shooting dead an unarmed father, Daniel Shaver who begged for his life moments before he was shot to death by the cop.

According to witnesses, the 26 year old Texan man had been heard saying ‘please don’t shoot me’ while on his knees before being fatally shot on January 18 inside the La Quinta Inn in Mesa, Arizona.

A police investigation led to the cop, Philip ‘Mitch’ Brailsford recently being fired from the Mesa Police Department and since charged with second degree murder.

Reiterating one witnesses account of Shaver’s almost execution style death is a body-cam video that Philip Brailsford was wearing at the time of the encounter.

Of note, a report via USA Today confirms that investigators reviewed the body cam video but to date declined to publicly release it. Calls to have the tape publicly released has led to police declining to respond.

Of note, Brailsford’s attorney filed motions for the body camera footage to be sealed

According to Maricopa County Attorney Bill Montgomery, the lawyer told Brailsford was ‘manifesting an extreme indifference to human life recklessly causing the death of another.’

The county attorney went on to describe Daniel Shaver’s death the result of unjustifiable force.

The indictment comes after Brailsford had been accused of using inappropriate force during an arrest just weeks before the shooting.

On the night of the incident, a report via KNXV-TV described police being called to the La Quinta Inn amid reports of a man pointing a gun out the window of a fifth-floor room.

According to Shaver’s family, the father of two, a businessman from Granbury, traveled with two pellet rifles because of his work with pest control.

Six officers arrived at the scene around 9.20pm and said that Shaver was found in his room with a woman.

The woman complied with police and got onto her hands and knees and crawled out the room, however officials said Shaver, who was also on his knees in the hallway, ‘was difficult.’

Complicating matters, court records suggest Shaver may not have understood the police at the time due to the possibility of him being intoxicated.

Better you dead, than me dead.

Philip Brailsford told an investigation committee that he had assessed Shaver was trying to get a better firing position and when he reached backwards, the officer fired.

‘So that’s when I assessed the threat. I fired my weapon, uh, five times,’ Brailsford told investigators.

Offered Detective Barry via The Tennessean in January: ‘Based on the initial report of the suspect having a gun, not complying with commands and reaching behind his body, the officer felt threatened and discharged his weapon, striking the suspect.’

Barry conceded that Shaver was not armed at the time of his death. The pellet rifles were later found inside the room.

Interestingly on the night of Shaver’s death, Tucson News Now reported that the weapon used by Philip Brailsford happened to be a personal AR-15 rifle, which the police force allowed the man to use.

The gun was inscribed with the phrase ‘you’re f*cked,’

Laney Sweet, Shaver’s wife, with whom he has two daughters, criticized the way police explained the incident claiming that it did not sound like something her husband would do. Never mind the run ins with other women behind her back….

Told the wife: ‘Daniel passed away in the hallway of his hotel, unarmed. His friends and family are hurting. We want to know why the officer felt justified to fire his weapon.’

To date the deceased man’s wife’s efforts to have the cam video recording made pubic have been in vain.

Brailsford was terminated from the Mesa Police Department on March 21 after first appearing in court on March 15 where he pled not guilty.

Offered the cop’s defense attorney at the time of his first court appearance: ‘He is not a danger to the community,’

What do you think? Did Philip Braisford honorably serve his post or was he charged and ready to go to combat zone? 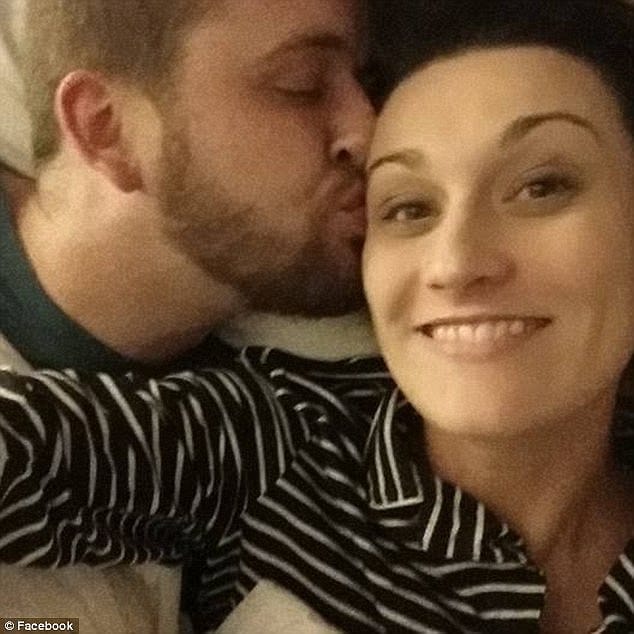