A young boy since coined Jihadi Junior and appearing in a chilling ISIS video has been identified as four year old Isa Dare, the son of a female British fanatic, Grace ‘Khadijah’ Dare with links to British soldier, Lee Rigby killers.

In a video released over the weekend celebrating the execution of purported British spies, the ISIS child warrior appearing in the end of the video tells: ‘We will kill the Kuffar (unbelievers) over there,’ whilst donned in camouflage and a black headscarf with an ISIL logo on it.

The identification of the Jihadi Junior SIS child soldier (can there be anything more chilling?) comes after the child’s grandfather, Henry Dore, 59 confirmed to the telegraph that the boy appearing in the video was his daughter’s son.

Told the man, a minicab driver from London’s south-east: ‘I was surprised when I saw the picture. It’s definitely him. Of course I’m worried but there’s nothing I can do now.

‘I’m not angry – I would never have expected it. I just hope someone is trying to bring them back.’

Reiterated the grandfather on Channel4news: ‘He doesn’t know anything. He’s a small boy.’

‘They are just using him as a shield.’

Asked about the police response to his daughter’s radicalisation, the grandfather told: ‘I said they should watch her. She was a Christian, she went to the local Roman Catholic school. She was Christian until she changed. She fell under the influence of some people when she was going to the Mosque. She was very observant.’

The grandfather also reveals he no longer responds to calls from his daughter after ‘having brought shame to the family and herself.’

The latest ISIS propaganda video comes after Jihadi Junior’s mother posted a picture on social media of Isa, whose name is an Arabic form of Jesus, aiming an AK-47 automatic rifle that he seemed only just big enough to lift.

Dare, 24, who was brought up in a Christian family of Nigerian descent, is understood to have been radicalized online, then began attending the Lewisham Islamic Centre, where Drummer Rigby’s murderers Michael Adebolajo and Michael Adebowale are reported to have worshipped.

It is thought the child’s mother changed her first name to Khadijah after attending the mosque.

The woman’s parents tell of their daughter making her way to Syria in 2012 and marrying a Swede known as Abu Bakr, who is thought have been killed since.

She used social media to gloat about the beheading of the American journalist James Foley along with claiming she wanted to be the first British woman to kill an Isil hostage.

The mother has appeared on television documentaries about jihadi brides, where ironically she has told of missing junk food and Chinese takeaways, nevertheless insisting she would never return home. As well as Isa, she has a younger son called Abdur Rahman. 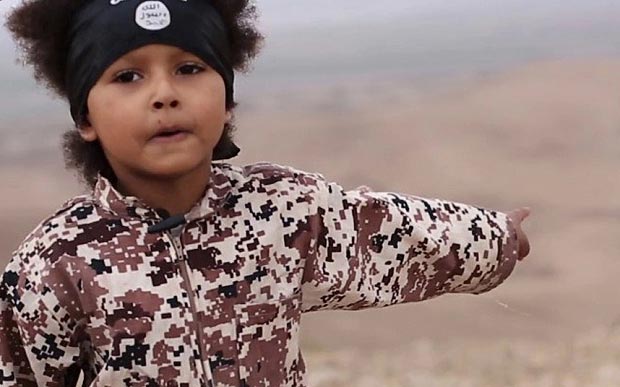 Prior to the mother’s exodus to the mid-east, Grace Dare’s father told Channel 4 News he had reported her to the police on three occasions before she left for Syria, telling cops: ‘She’s behaving in a very funny way’,

Told a former neighbor of the child’s mother: ‘She used to take my dogs out for a walk and I would give her a pound. She was an extremely bright child who was streets ahead of other children her age.

“She moved away when her parents split up, but I would still see her around occasionally. Around five years ago my partner was in Deptford market and she heard someone calling her name. When she looked round she saw this girl in a full Burkha and she said ‘It’s me, Gracie’.

In the interim the Isa Dore’s grandfather, Henry continues to plead with his daughter for his grandson’s safe passage back to Britain. 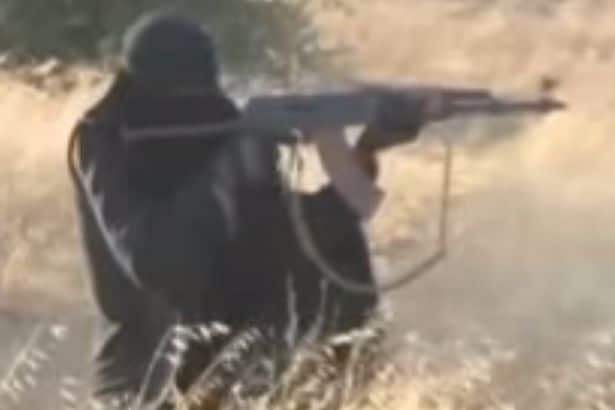 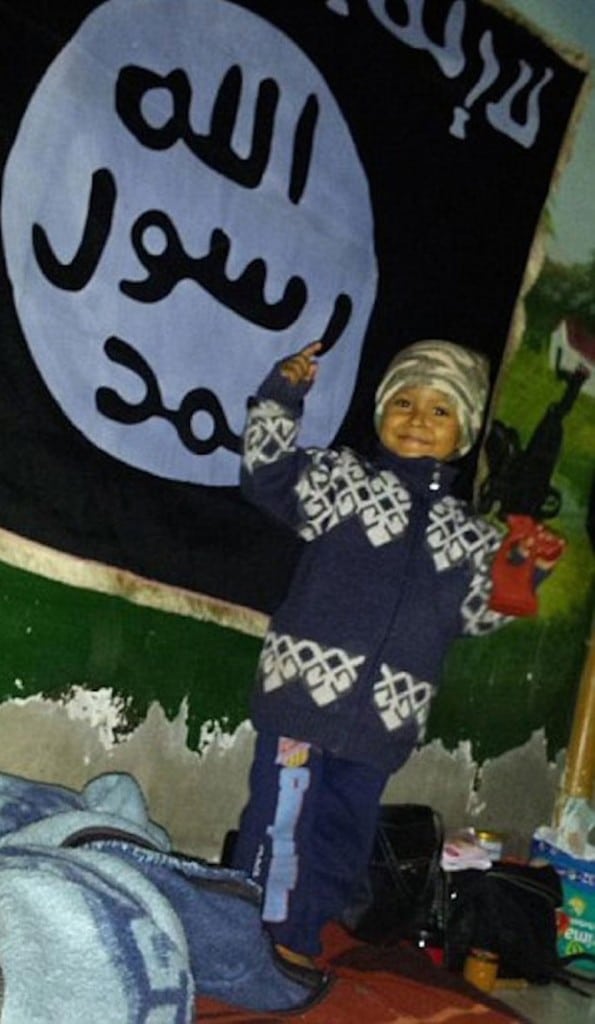