18 year old Mexican woman, Lizbeth Jeronima Fuentes Munguia has been left reeling after discovering her newborn baby had been gnawed to death by rats.

The child’s death came as the the child’s mother stepped out for a few hours to go partying in the town of Otumba, leaving her 4 month old daughter alone at home in Acolman, near Mexico City on Monday night.

Upon returning home early Tuesday tells a report via MiMorelia.com the teen mother was shocked to find her baby daughter lifeless. A closer regard established that the child’s face, fingers and torso had been chewed by rodents, which in turn led to the teen alerting neighbors, according to the Attorney General of the State of Mexico.

Attending paramedics confirmed that the child had died at the scene.

Munguia’s neighbor, Avenida Labour, told authorities that the single mom left her baby alone for hours to attend the rager.

In her defense the Mexican teen mom told cops that she had left the baby’s grandmother in charge of the baby.

Lizbeth and her mother, who was babysitting the child have since been arrested on suspicion of neglect, according to a report via local site Siete24.

Last August a newborn baby died in an Indian hospital after a rat gnawed off his fingers and ate his left eye.

Three health officials were suspended over the incident at the Guntur Government Hospital in Andra Pradesh state where the 10-day-old boy was being treated for a urinary tract problem.

The child’s mother, Lakshmi Chavali, speaking after the tragedy went on to accuse the hospital of neglect, telling: ‘My son was not killed by the rats but by doctors and staff at GGH.’ 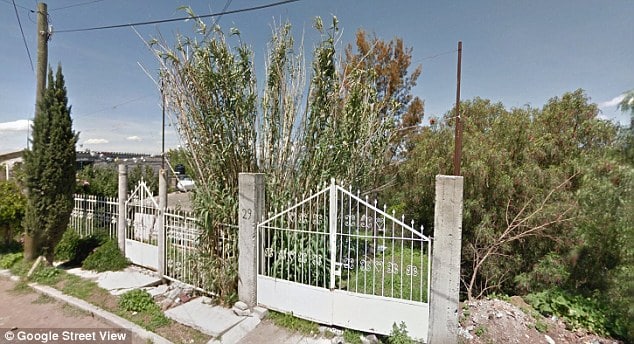