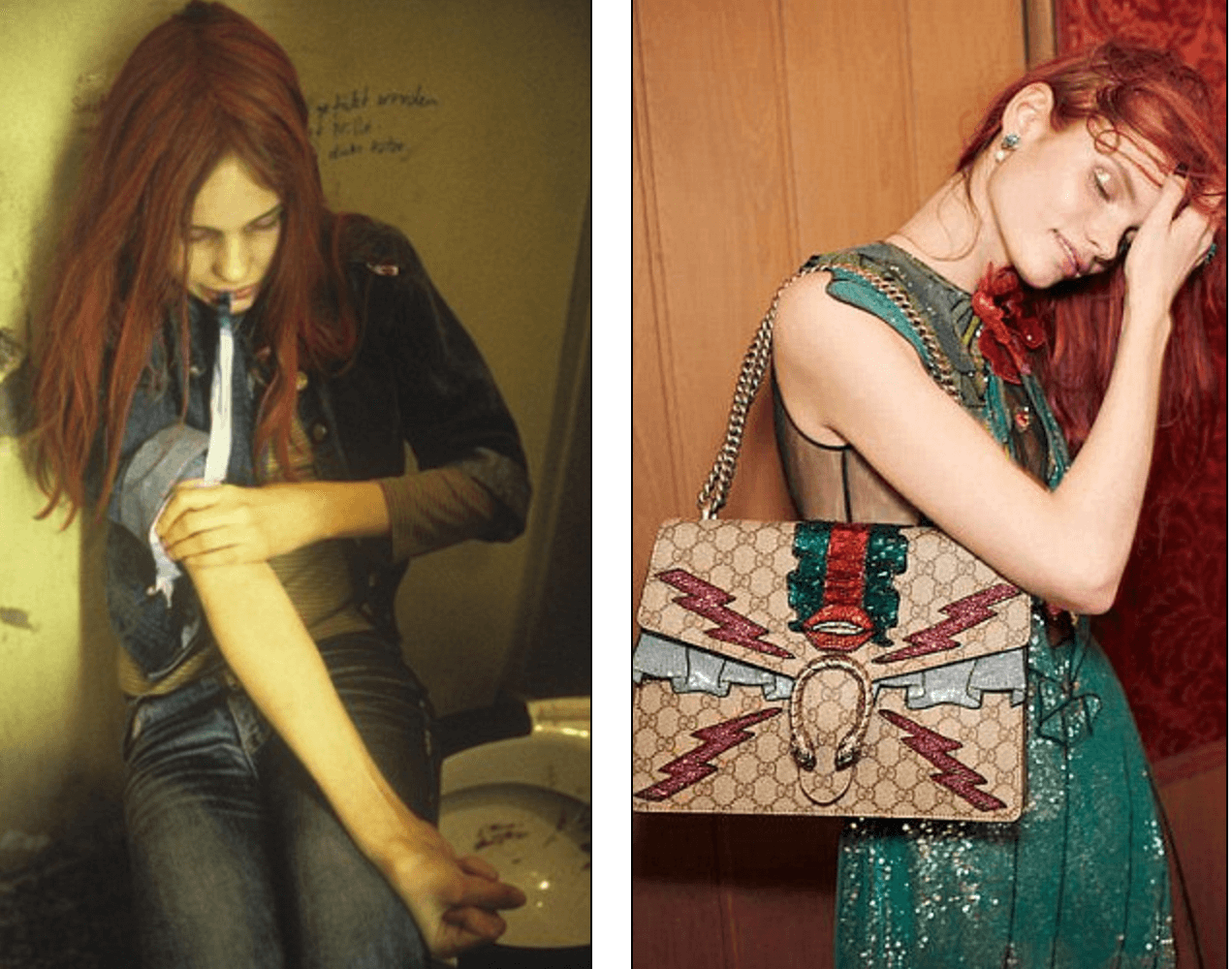 It could just be an attempt to glamorize their upcoming 2016 Spring/Summer collection, but one wonders if Gucci have this time gone too far (isn’t that the intent?) as they unroll their latest campaign mirroring 1970’s Berlin Christiane F heroin chic glam. Or is it just a tasteless knock off trivializing addiction?

In their Gucci Spring Summer 2016 campaign flick as directed by Glen Luchford, the auteur (why not ….?) portrays a scene of glam kids partying it up on the rooftop of Berlin’s Maritim Hotel.  It all appears innocent and may well be except for the fact that the vignette is part of a cycle of an extended campaign mirroring the dour and provocative Christiane F film made in 1981 depicting young 1970’s West Berlin adolescents consumed with heroin addiction and getting high in public lavatories while prostituting their bodies to get the next fix.

In images that take reference from the cult film with the edgy David Bowie ‘Heroes’ soundtrack in the background, Gucci’s campaign could for the uninitiated simply represent hedonistic youth enjoying their beauty, the clothes (never mind how 17 year old boys and girls afford $900 t shirts). Yet for those who have been around the block, the images and video used in the new campaign reflect and reference the film in uncanny disingenuous ways.

Which is to wonder is heroin chic on the way back in? Is referencing such disturbing themes the new way to associate one’s brand with edge and provocation while at the same time remaining neutered and sanitized or have some in the media world gone a bit batty and drawn too much meaning in an otherwise giddy, yummy and superfluous reflection of idyllic youth wanting to spend mom and dad’s hard/easy earned cash and look fabulous while the real junkies among you go ahead and splash on your next hit …. 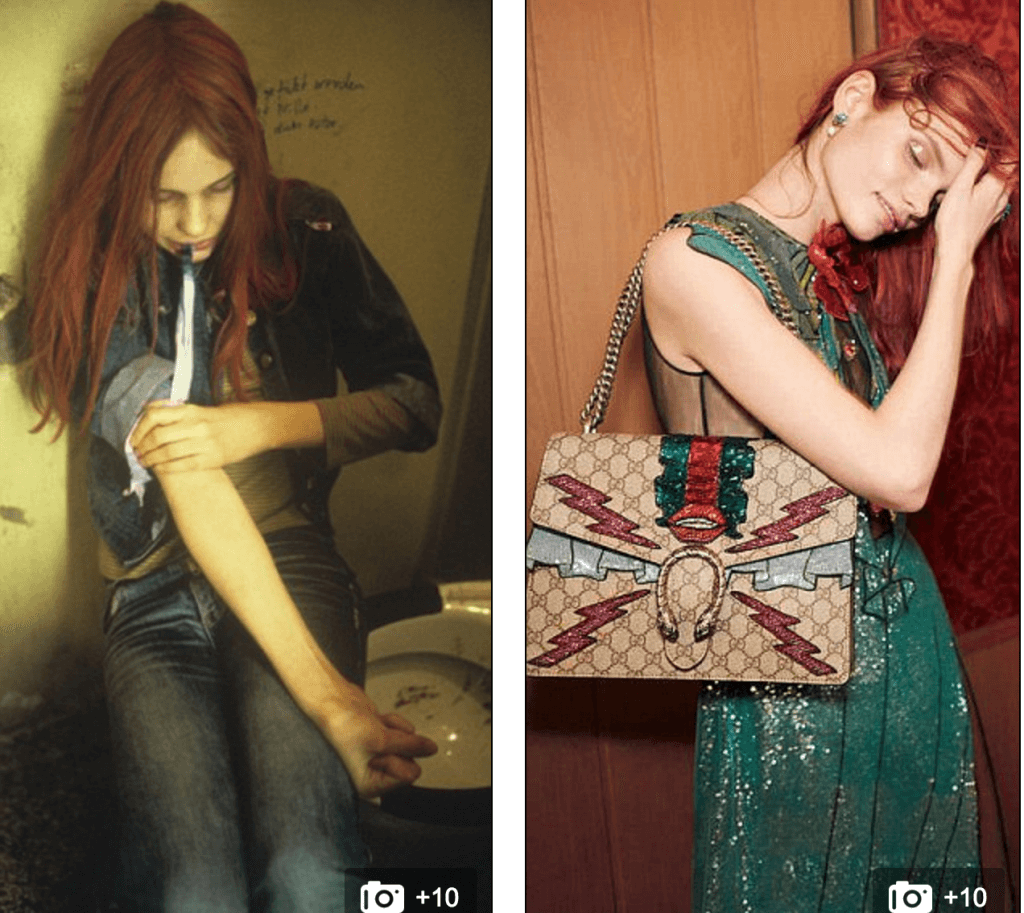 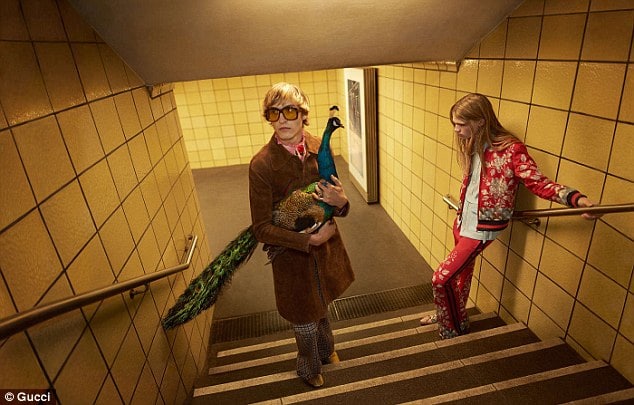 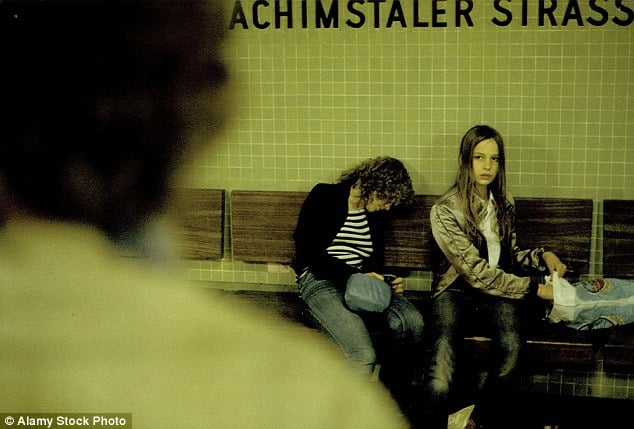 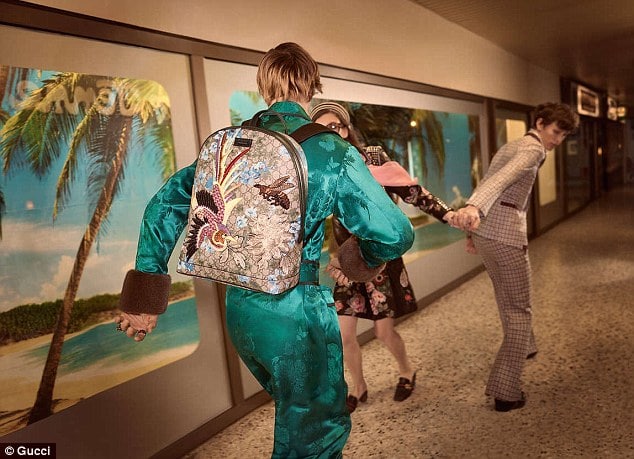 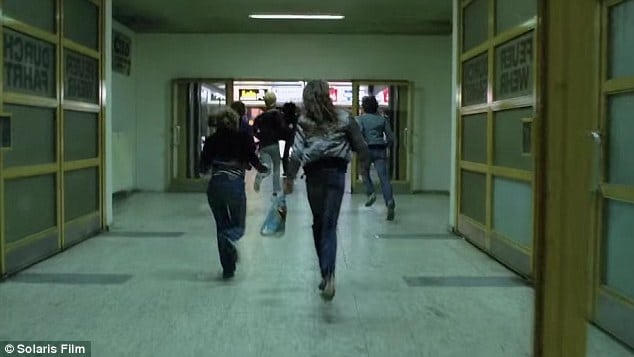 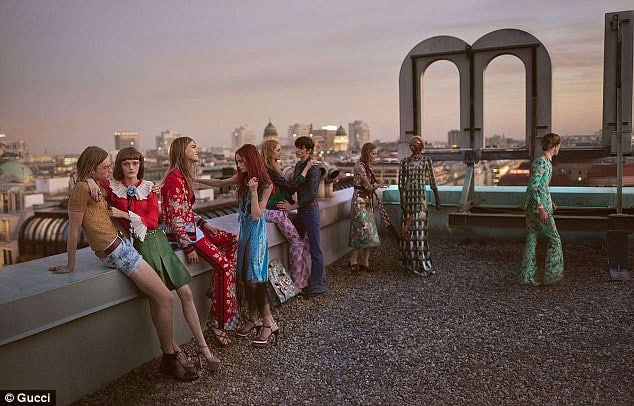