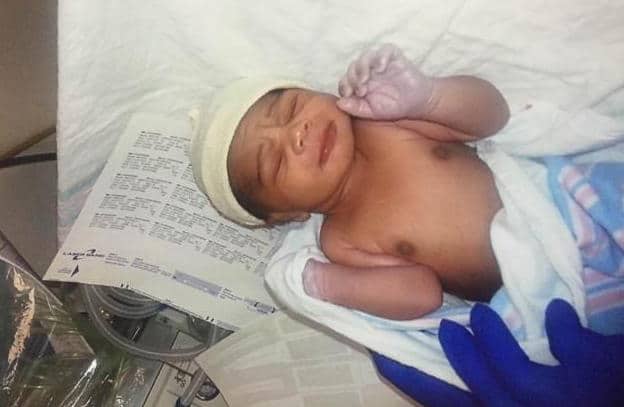 Jose Feliciano, a 51 year old Bronx dad has confessed to strangling and beating his two month old baby son to death because the infant wouldn’t stop crying before burying the child’s body in a shallow grave upstate with the help of the boy’s 31 year old mother, a first-grade teacher, Danielle Whyte.

Condemning the pizza delivery driver was surveillance video showing the baby killer carrying a red duffel bag to his car after the murder, putting it in the trunk and then driving off, with cops now telling that they believe Feliciano’s son’s body was in the satchel, according to the building’s super, quoting police.

The Bronx father according to a report via the nytimes has since been charged with second-degree murder, manslaughter and manslaughter of a person less than 11 years old.

According to a report via the nypost, the handyman, Fito Zuniga, 46, said that whenever he would ask Feliciano how his newborn son, Mason Whyte Feliciano, was doing, the man would only gripe about how the baby ‘is always crying’ and say, ‘I can never sleep.’

Reflected the super: ‘The guy is a piece of garbage. Don’t bring a child into the world if you don’t want to take care of them.’

Feliciano, 51, told cops that he was in the bedroom of the family’s Morris Park home with the child’s mother when they heard their son, Mason, crying in the living room around 7 p.m. Dec. 10, police said.

Unable to get the baby boy to stop crying, the father then pressed a pillow to the child’s face. As the infant continued crying, Feliciano then wrapped his hands around the child’s throat, telling he choked him to within an inch of his life.

When the boy’s mother heard the commotion, and cries of ‘Shut the f— up!’she walked in the room to find her son barely breathing, with their son soon dying.

From there, Feliciano threatened to kill the mother if she called police.

Told a police source via the nydailynews of the father telling the mother upon realizing their son was dead: “F— it. Baby’s gone,’

‘If you’re going to become a liability I’m going to kill you too.’

Video from a surveillance camera outside the couple’s building later that night shows Feliciano driving off with what investigators believe is the baby’s body in the trunk.

Two days later, Feliciano and the child’s mother drove 50 miles to upstate Putnam County, where they rented a room at the Heidi’s Inn motel off Route 22 in Brewster.

The couple then walked deep into a wooded area in nearby Dover, where they dug a shallow grave.

In the end the baby boy’s death would be found out after the guilt-stricken mother attempted suicide Thursday by overdosing on pills.

Rushed to New York Presbyterian Hospital, the woman confessed what she and her boyfriend had done.

The doctors alerted police the next day, and cops found the baby’s body buried in the woods Saturday around 3 p.m.

Told the mother’s brother, Vhaun White, 40: ‘He got frustrated and upset about the baby crying,’

Adding: ‘They started getting in fights. He thought the baby was getting too much attention. He was mad that she was paying more attention to the baby than him. That was also part of it.’

Prior to the discovery of the boy’s body, Feliciano called White, telling him his sister was missing, and that the baby had died from Sudden Infant Death Syndrome. The charade would unwind when it was revealed that the boy’s mother was in hospital after an attempt on her own life.

Reiterated the heart broken brother: ‘She was in an abusive relationship and didn’t tell me. He would hit her. He gave her a black eye once. She almost had him arrested, but he convinced her not to pursue a complaint.’

Feliciano who has a history of 15 prior arrests including rape and drug charges was on Sunday taken into custody where he was charged with several counts of murder and manslaughter Sunday.

He was awaiting arraignment.

Baby Mason’s mother remains at  hospital undergoing a psychiatric evaluation. It is not clear what charges the mother will face. 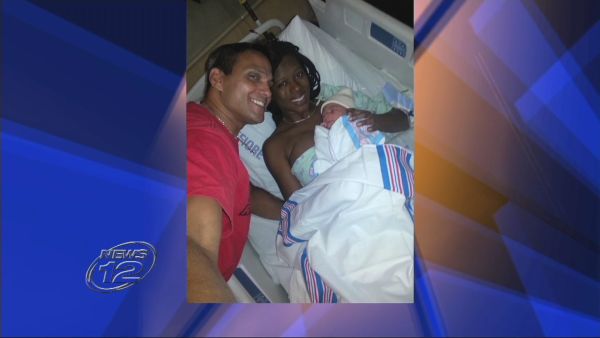