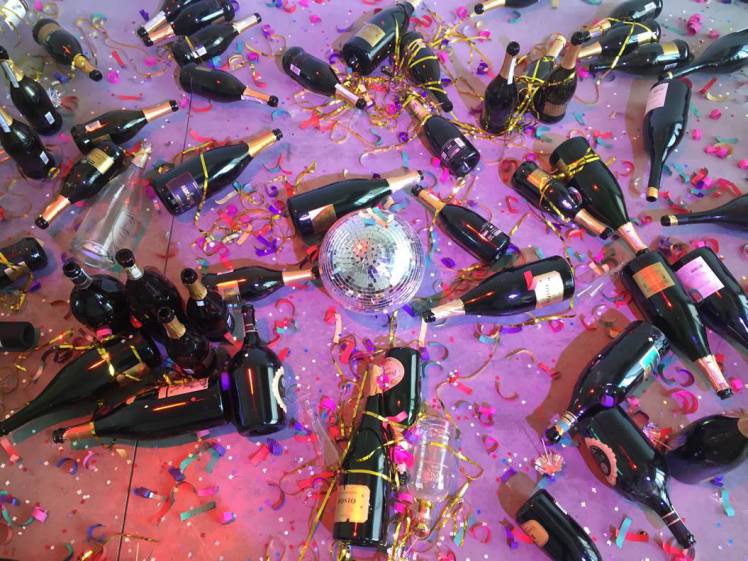 Define art. That in essence is the moral quandary out of Italy in which an art installation of empty champagne bottles and spent party poppers were thrown away by cleaning staff. Who naturally mistook it for garbage, unlike presumably like you who always knew that it was art. Or did you?

The installation, ‘Where shall we go dancing tonight?’ at the Museion Bozen-Bolzano in the northern Alto Adige region, tell museum official was intended to ‘invoke consumerism, financial speculation, mass media and parties of the 1980’s.’

And in some weird way it has. Which is why it of course it was thrown away. And rightly so, if one follows the spirit of the artist’s mission statement.

Consumerism, speculation and mass media it all in the end all equals one being spent and irreedamble and best put out for the garbage man to forever throw away or recycle in some form. Or not.

Fortunately for the museum, after cleaners realized their mistake (I would argue the artist and the museum’s mistake frankly…) they were able to salvage the thrown away materials from rubbish sacks and recreate the ensemble once again.

Which of course in its strictest theoretical sense comes the closest to performance art one could envision.

Never mind that the artists, Sara Goldschmied and Eleonara Chiari, probably never envisioned their empty champagne bottles reiterating a kind of fabulous performance piece, unless of course they had all along and had known it was only a matter of time that someone would know to throw it all away.

Speaking to the local press who had come along, museum director Letitia Ragaglia told that the incident in some wonderful way had served to get people talking about modern art.

Again another act in performance art theory. When the act of the art means more than the art. Which also raises the awkward question what the heck is art anyway and what meaning does one attach to it? And while we are at it, why do so many rational people insist on paying astronomical amounts for stretched canvasses for example with oil paint strewn across them? Surely one could tend to that for themselves if one put away one odd Saturday afternoon?

Told Ragaglia: ‘It has sparked a great debate … It all goes to show how contemporary art is capable of arousing great interest, or even annoying people. We believe it is essential to keep this dialogue open.’

While Ragaglia had the good sense to enjoy the double irony, who in fact did not enjoy having their prized possession nearly thrown away forever were the creators and artists themselves.

Told Goldschmied and Chiari in a prepared statement: ‘What happened was bad. It cannot be possible for an installation to end up in the rubbish bin.’

Which is of course pure rubbish. Literally and figuratively and one wonders when this lot gets off taking oneself too seriously.

Art my dears if what you want it to be or not. Even rubbish can be art or vice versa as we have all come to see.

For those interested, the exhibit tell organizers is set to remain open to the public until November 22. Where one wonders it will be then finally be tossed into the rubbish promptly afterwards. 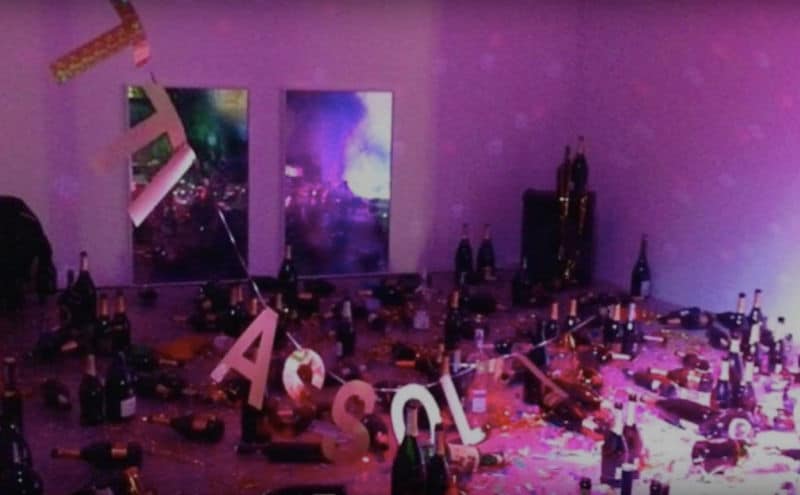 the artwork by #goldiechiari removed by cleaning staff has now been fully reinstalled. https://t.co/HSypzoAKaL pic.twitter.com/joIgKW5iMM