Daniel Soares a 17 year old Long Island student has been busted hacking into his schools computer system so he could inflate his own grades along with changing the class schedules of 300 other students.

Dubbed a modern day Ferris Bueller knock off, a report via the nypost denotes Soares as the mastermind and one of three students behind the intrusion at Commack High school.

Hit with the most onerous charges, including two counts of burglary, and three counts of computer tampering and identity theft, our collective hero faces up to seven years behind bars if convicted.

Also nabbed were Erick Vaysman, 17, of Commack and Alex Mosquera, 17, of East Northport, who both face lesser charges because they did not enter the school building although they were aware of the hack.

Authorities believe Soares attached a keylogger device to a school computer keyboard, and allegedly stole passwords to access the system, according to ABC7.

Soares then reportedly changed several of his grades in physics, economics and history and at least one grade for Vaysman, who thought it was lower than what he deserved, whilst Mosquera asked him to obtain another student’s schedule.

Things got dicey when Soares went missing after detectives executed a search warrant at his home Sept. 2, with his parents issuing a desperate plea through the media in the hopes of finding him.

Nevertheless the errant youth contacted his parents on Facebook a few days later to tell them he was OK before returning home.

The three teens surrendered with their parents and lawyers Tuesday morning and were released without bond after their arraignment in First District Court in Central Islip.

A school source described the three — all seniors — as good students. Obviously. Too good in fact.

School officials who first detected the breach in July, were able to fix the schedules to prevent any problems on the first day of school.

In a statement on its website, the district said it was cooperating with the police in the ongoing investigation and had beefed up computer security at the school. Maybe Daniel Soares should’ve settled for an A minus? 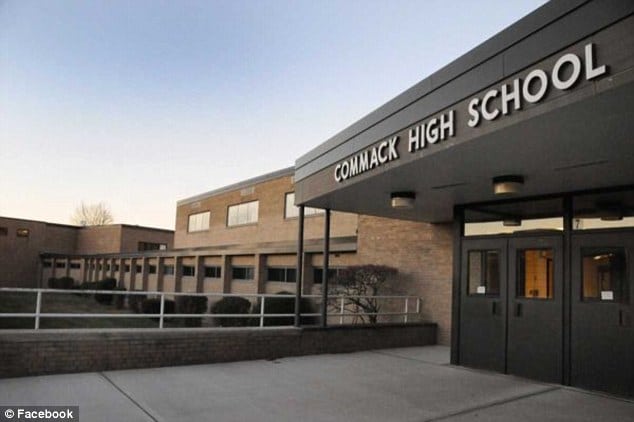