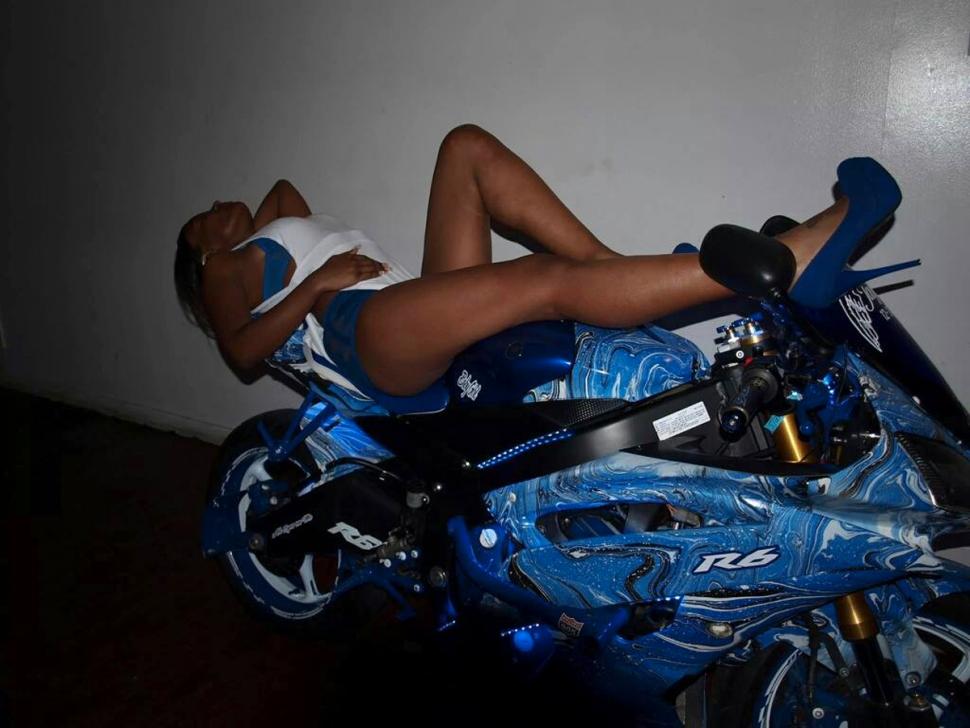 Latisha Larrymore a self avowed motorcycle mama who enjoyed posing provocatively on her Yamaha bike and prior confessions to driving recklessly has lost her leg during an East New York, Brooklyn crash in the early hours of Saturday morning.

The 30 year old came to lose her leg along with breaking other limbs after colliding into the back of a silver Chrysler minivan around 4.30 am and bouncing across asphalt before then slamming into a parked pickup truck, a concrete wall and a telephone poll according to witnesses.

Told Larrymore’s brother, Robert Fields, 34 via the nydailynews, pointing to to a destroyed pole on Atlantic avenue Saturday afternoon: ‘That’s what severed my sister’s leg.’

Whist minivan passenger Atiba Bailey, 27 said: ‘Her one leg was over there and the other was broken.’

‘She was just folded up in the fetal position like a baby.’

Larrymore also broke both her arms, several ribs and suffered a brain hemorrhage, but is expected to survive following surgery at Brookdale University Hospital.

In November, Larrymore, a former bouncer at a Queens nightclub, posted a racy pic of herself lying atop her powder-blue bike on Facebook.

She wore a pair of sexy blue high heels as she lounged back, her long toned legs lying across the handlebars.

In May, she bragged about her need for speed.

‘I think I’ll scare you with the way I ride,’ she told one Facebook follower.

Leading into Saturday morning’s crash, Larrymore was speeding and zipping in and out of traffic

Reiterated minivan witness, Atiba Bailey: ‘I could see her way back there,’

Larrymore flew off the bike, but somehow ended up getting run over by the minivan before ending up on the side of the road.

‘She was just trying to breathe,’ Bailey said.

‘When I looked behind me all I saw was pieces flying,’ Bailey said.

Leading into the accident, Larrymore showed up at her older sister’s home, Friday night complaining that her Yamaha wasn’t working right, asking her brother-in-law to take a look at it.

‘She said that it felt funny and (my husband) was like ‘Then don’t ride it,’ but she still decided to ride it,” Michelle Larrymore said. ‘She shouldn’t have.’

Despite her serious injuries, family members said they’re glad they’ll be able to see her again.

‘My sister got a second chance and I’m just so happy that I get to have another word with her,‘ Larrymore’s younger sister Shanice Blythe, 26, told via the nydailynews. ‘I don’t know if I would be standing here right now if I got that call that she didn’t make it.’ 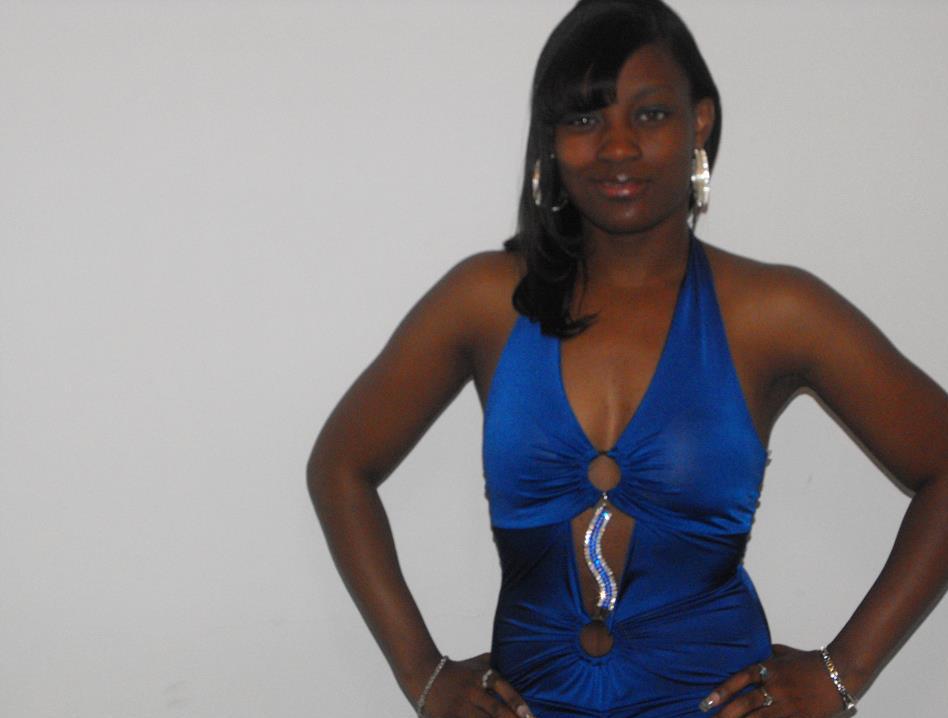 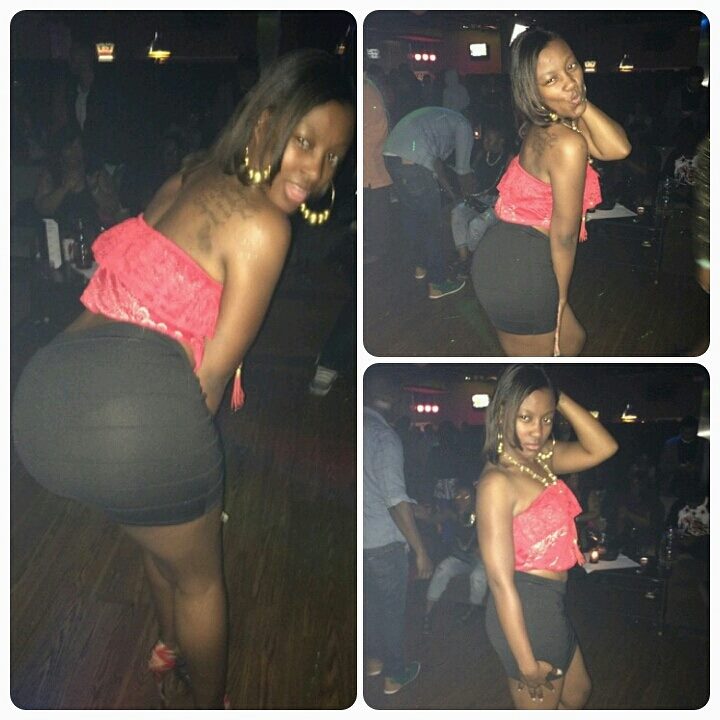 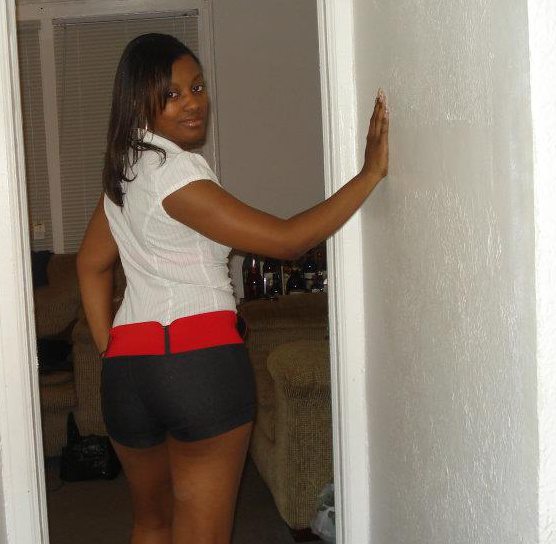 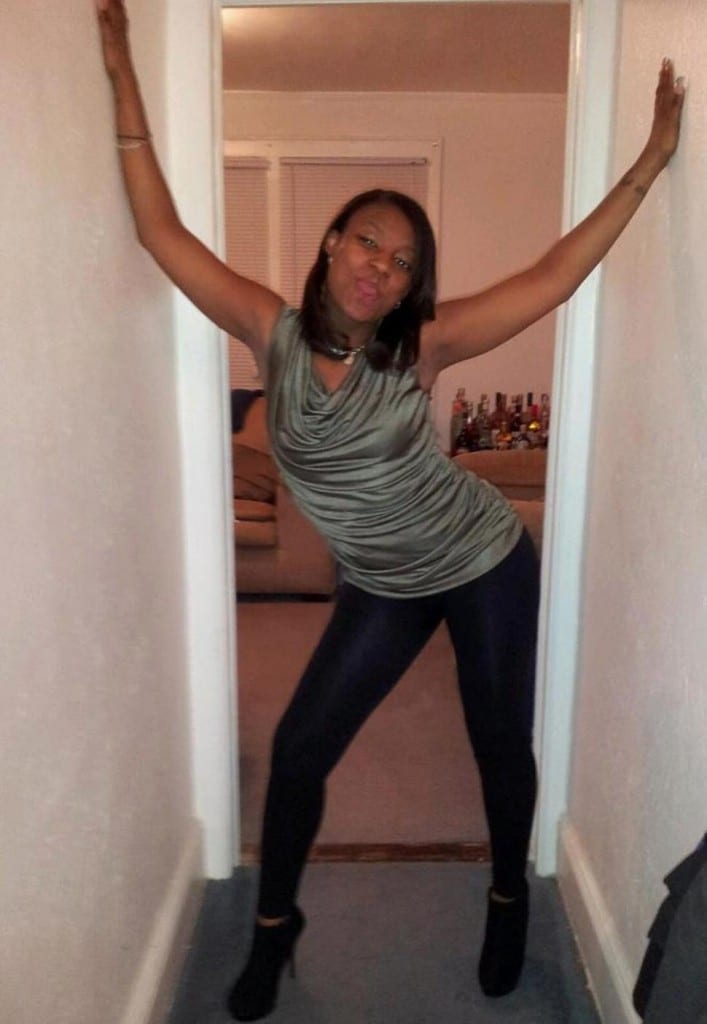 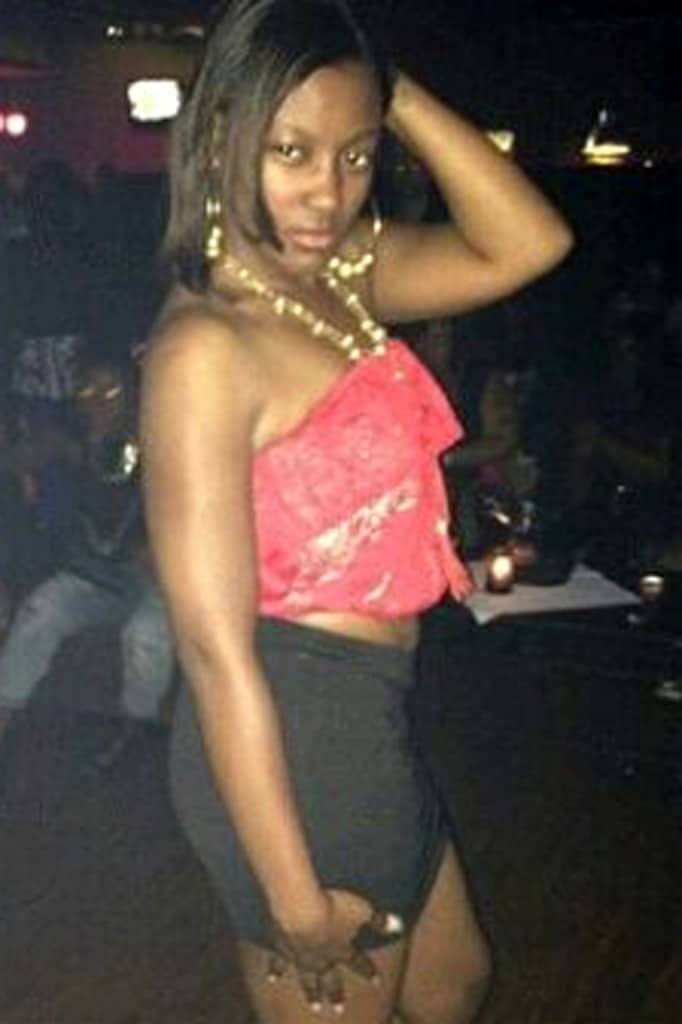