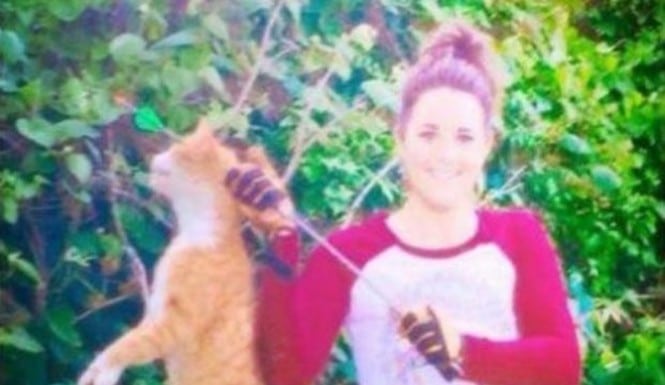 A Texas grand jury has declined to indict veterinarian Dr Kristen Lindsey after the woman killed a cat with a bow and arrow and bragged about the incident on social media.

In making their ruling today, the Austin County DA’s office said there was insufficient proof to indict the woman for animal cruelty.

Cruelty to animals is a Class A misdemeanor under penal code 42.092: ‘A person commits an offense if the person intentionally, knowingly, or recklessly tortures an animal or in a cruel manner kills or causes serious bodily injury to an animal.’

Vet of the year fired after posting dead pet cat photo: ‘I hunted it in my backyard.’

The office’s statement would note investigators receiving an unconfirmed report that the vet may have thought the cat was rabid and shot it to protect her animals.

Notes chron: The investigation was unable to turn up substantial information implicating Kristen Lindsey in a crime related to the cat slaying. The only real evidence was a single Facebook photo, but according to a press release from the Austin County District Attorney, the Austin County Sheriff’s Office was unable to verify when or where the photo was taken.

“Without more information, the State lacks proof that this incident even occurred in the state of Texas,” the DA said in a press release, noting that cat hunting is legal year-round in Wyoming.

The incident first came to light after Kristen Lindsey posted (since removed) a photo of her holding a cat she had just shot with a bow and arrow on Facebook. The arrow could be clearly seen sticking out of the dead animal’s head.

Wrote Lindsey next to the image: ‘My first bow kill… lol. The only good feral tomcat is one with an arrow through it’s head. Vet of the year award… gladly accepted.’

The woman in turn would find herself widely rebuked for being insensitive and not worthy of her station as a veterinarian and for failing to seek other humane methods to rid of the ‘contaminated animal.’

In turn Washington Animal Clinic, the facility where Lindsey worked in Brenham, Houston fired the woman.

Ironically, prior to learning she had lost her job, the vet had commented: ‘And no I did not lose my job. Psshh. Like someone would get rid of me. I’m awesome.’

According to a report via the nypost, no telephone listing for Lindsey could be found as the outlet sought to exact a comment after Wednesday’s ruling. 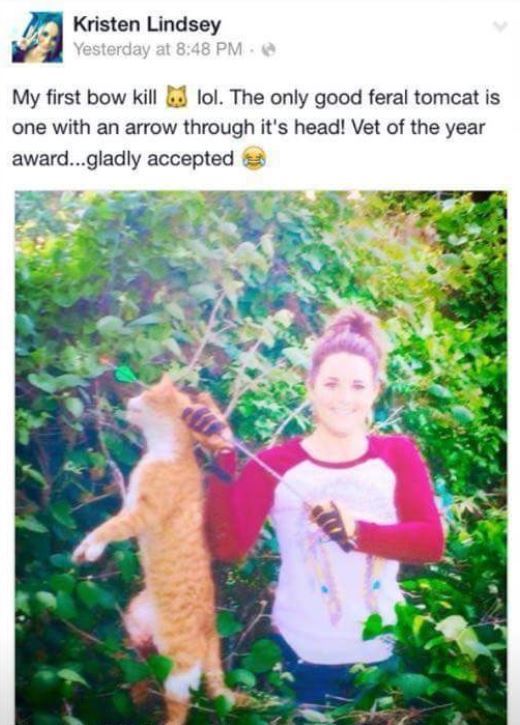 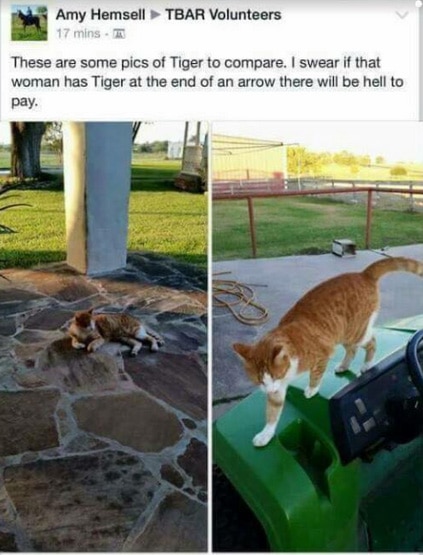