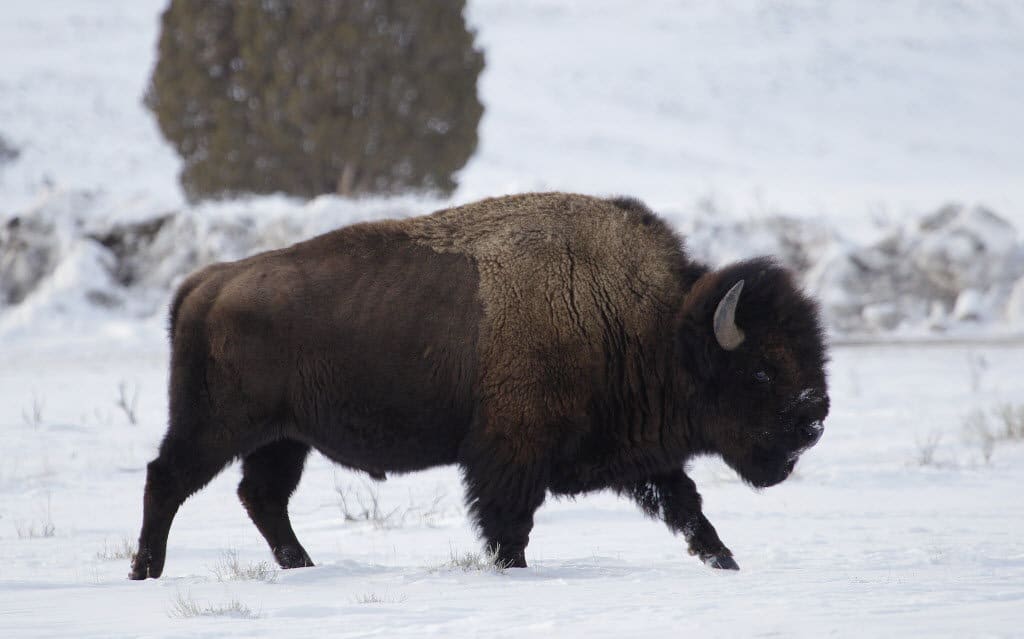 Be careful what you wish for. A lesson one 16 year old Taiwanese exchange student might be taking home with her when she was bored by a bison at Yellowstone National Park as she set about taking a very ‘memorable’ photo op.

The attack on the teen who at the time was posing with her host family happened as the girl turned her back on a nearby bison, who had suddenly turned and gored her.

Reports CNN: As they were hiking near the geyser Old Faithful, they stopped where a group of people had gathered to watch a bison grazing next to the trail.

“The girl turned her back to the bison to have her picture taken when the bison lifted its head, took a couple steps and gored her,” the park service said.

At the time of the attack it was estimated that the bison had been standing 3 feet behind the girl.

That said it is not necessarily understood how the girl and her host family had come to be standing so close to the bison. A bison which of course would make a killer addition to their memorable photo at the Yellow National Park.

Fortunately for the girl, she did not sustain any life lasting injuries (never mind death) as she was transported to a nearby hospital.

Told Park spokesperson Amy Bartlett via a statement: ‘The rangers, with assistance from bystanders, moved the girl a safe distance from the bison,’

‘The girl was transported to the Old Faithful Clinic, treated and then taken by helicopter ambulance for further medical treatment.’

Yellowstone safety rules require visitors to stay at least 300 feet away from bears and wolves and 75 feet from all other large animals.

But then again ‘killer photos’ will always require killer risks too …

‘Visitors are reminded that Yellowstone wildlife is wild,‘ the National Park Service said in a news release. ‘Wildlife should not be approached, no matter how tame or calm they appear.’

Reiterated Traci Weaver, a spokeswoman for Yellowstone National Park: ‘While bison are accustomed to seeing people…they all have a tipping point, a place where if you cross that line, they are going to get aggravated and want you to give them their space.

‘Every year visitors are gored and some have been killed.’

Have you managed to take your own killer picture lately without being killed?