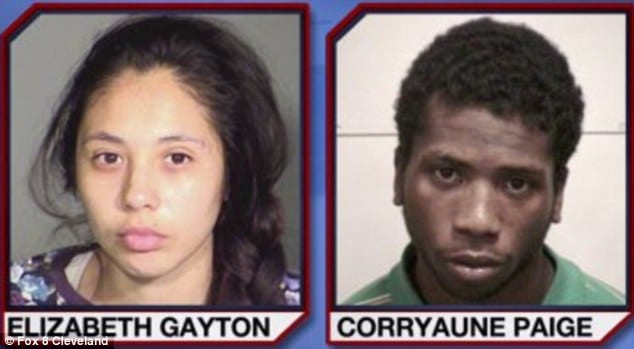 Elizabeth Gayton, 25 a Cleveland, Ohio mom of four has been accused of trying to sell her ten month old baby for $500.

The accusation comes after the mother and her partner Corryaune Paige, 27 were observed having made two attempts of selling their daughter, Annabel.

Whilst in the process of offloading her ten month old daughter, Gayton is alleged to also have left her two year old daughter in the care of a stranger she had only met the day before.

Upon visiting family members on the west side of Ohio for the second time in a bid to ‘barter’ her youngest child, the woman’s relatives called police, which resulted in the mother’s arrest.

Since the mother’s arrest and subsequent charging of child endangerment and kidnapping, Annabel has been placed in the care of the child’s great grandmother, Sally Gayton.

Interviewed by Fox 8 News the woman who has helped raise 11 children, 33 grandchildren and 32 great children told the outlet that her granddaughter had ‘demonstrated multiple times that she was incapable of raising children.’

Reiterated Sally Gayton: ‘It makes me mad to think of what this little kid had to go through for her mother to treat her like that,’

‘They don’t deserve to have any kids if they were going to do that. I would have had them.

Now in custody pending a future hearing cops have now issued an arrest warrant for Elizabeth Gayton’s partner, Corryuane Paige, who is accused of trying to stab her and kill Annabel during a recent altercation.

Madigan would note that each child has a different father. Two of the children are safe with a relative, one child is with its father and another in foster care. 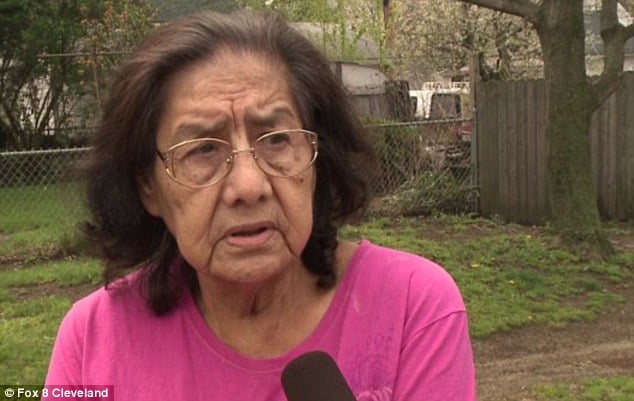 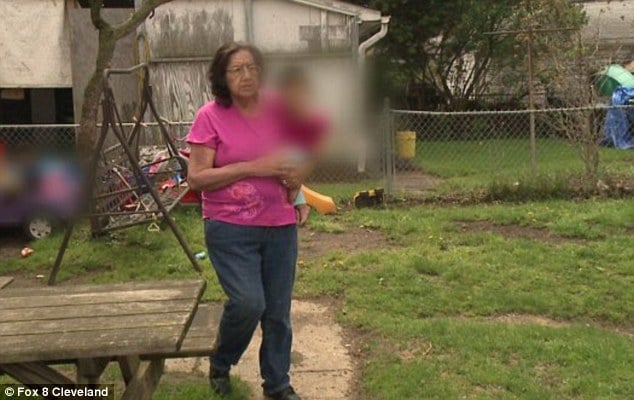