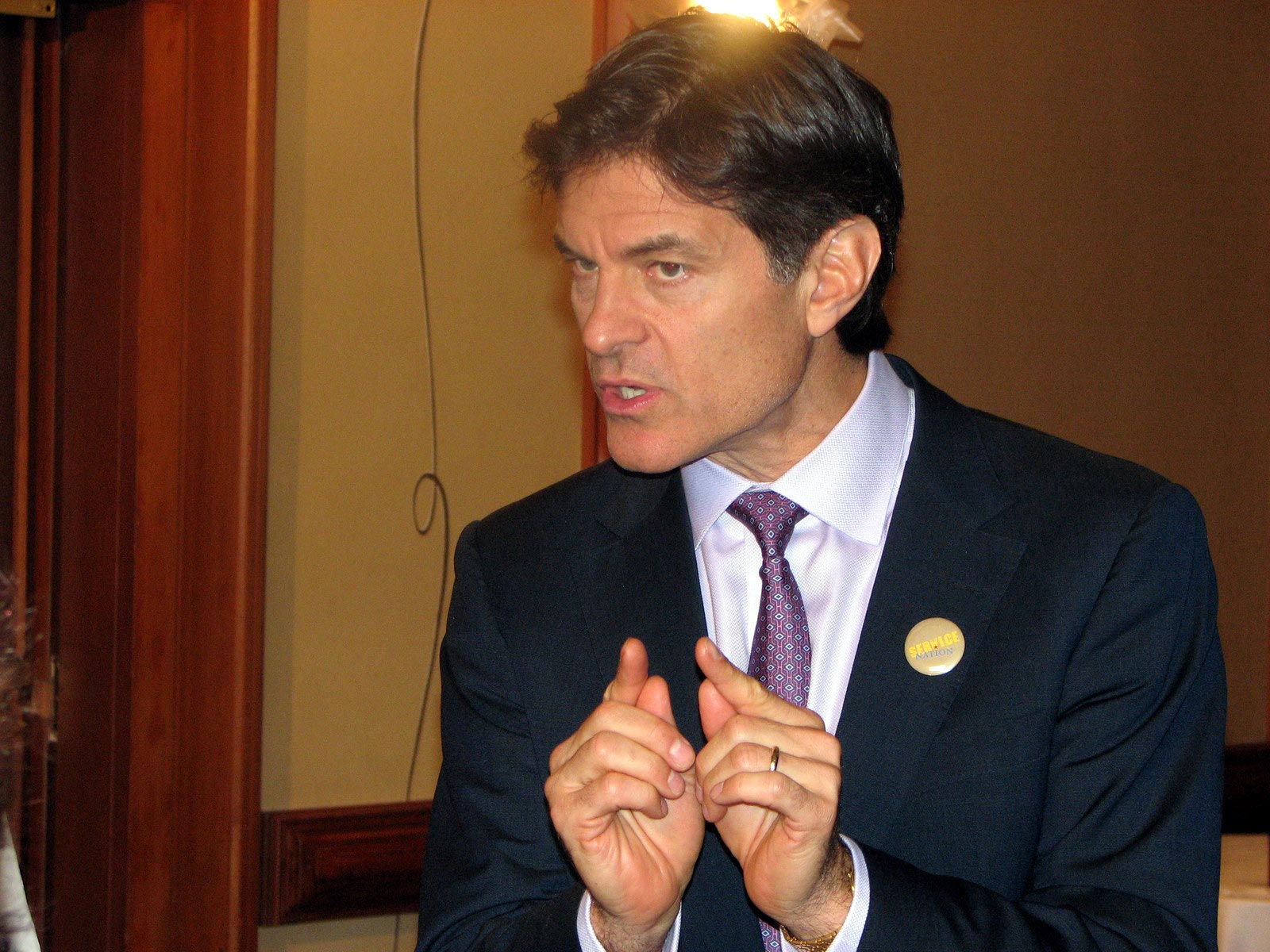 Calls have been made to have Dr Mehmet Oz, the host of the ‘The Dr. Oz show’ dismissed from the medical faculty of Columbia University where he occupies the position of vice chair.

The move to have the celebrity doctor fired comes after prominent doctors penned a note calling him a fraud.

Said Dr. Henry Miller of Stanford, one of the first doctors to sign the letter: ‘He’s a quack and a fake and a charlatan.’

‘I think I know the motivation at Columbia,’

‘They’re star-struck, and like having on their faculty the best-known doctor in the country. But the fact is that his advice endangers patients, and this doesn’t seem to faze them. Whether they’re hoping Oprah will come and endow a center for homeopathic medicine, I don’t know.’

Continued the letter: ‘Dr. Oz is guilty of either outrageous conflicts of interest or flawed judgments about what constitutes appropriate medical treatments, or both,’

‘Whatever the nature of his pathology, members of the public are being misled and endangered, which makes Dr. Oz’s presence on the faculty of a prestigious medical institution unacceptable.’

Chimed in Dr. Gilbert Ross, executive director of the American Council on Science and Health: ‘We find it a shame that he has fled from the ethical and responsible practice of medicine to exploit his television popularity.’

Ross would also criticize Dr. Oz over ‘various quack propositions that he is promulgating on his TV show — magical mystery cures.’

Although television duties force Dr Oz to cut back on his hours, he remains a presence at Columbia as a researcher, teacher and physician.

Columbia, in a statement Thursday, defended its decision to keep Oz around.

Offered Columbia University Medical Center spokesman Doug Levy: ‘Columbia is committed to the principle of academic freedom and to upholding faculty members’ freedom of expression for statements they make in public discussions.’

It’s not the first time the 54-year-old Oz has come under fire for his on-air persona. At a Washington appearance in June 2014, a Senate panel criticized Oz for his endorsement of ‘miracle’ weight loss products that didn’t work.

‘I don’t know why you need to say this stuff, because you know it’s not true,’ said Sen. Claire McCaskill (D-Missouri).

‘He has manifested an egregious lack of integrity by promoting quack treatments and cures in the interest of personal financial gain,‘ told the letter.

Miller said more physicians are interested in attaching their names to the Oz-condemning letter.

Responding to calls to have him dismissed, Dr Oz told people the following Friday afternoon:

‘I bring the public information that will help them on their path to be their best selves,’

‘We provide multiple points of view, including mine which is offered without conflict of interest. That doesn’t sit well with certain agendas which distort the facts.’

Adding: ‘For example, I do not claim that GMO foods are dangerous, but believe that they should be labeled like they are in most countries around the world. I will address this on the show next week.’

It is thought the agendas that Dr Oz referenced were those referencing a clash with agriculture company Monsanto over his opinions on genetically modified foods.

It should also be noted that Dr Henry Miller one of the primary doctors calling for Dr Oz’s dismissal is a staunch advocate of genetically modified foods and was the primary face and voice of California’s “No on Prop 37” campaign, which sought to stop a law mandating labeling on all foods in California containing GMOs (plants or animals in which the genetic material had been changed).

above image via wikipedia

Christopher London: I STAND FIRMLY & PROUDLY WITH DR OZ – who has been subjected to many attacks for bucking the medical establishment including exhibiting a willingness to at least to question the integrity of “GMO SCIENCE”

Let us keep in mind that “medical science” is still recommending the healthfulness of Fluoride in Toothpaste and has not called on the FDA to BAN MONSANTO’S ASPARTAME or the use of ‪#‎RoundUp‬ pesticide. So, who are the quacks?

EVERY DOCTOR IN AMERICA should be calling on the FDA to BAN ASPARTAME in any so called “DIET” product along with ‪#‎RoundUpTM‬pesticide in GMO farming. For them it’s easier to take on one doctor who has bucked the tide than to take on GIANT GLOBAL CONGLOMERATE:‪#‎MONSANTO‬ poisoning populations and funding their “Medical Research”

EFF MONSANTO!!!!! DECIEPTFUL and DANGEROUS company!! their LAST concern is OUR safety!!! everything SHOULD be labelled!!! STAY THE COURSE DR OZ!!!!!!!!

I do find it ironic, however, that the primary doctor demanding his dismissal is a paid mouthpiece for a company which produces GMOs and pesticides. He’s hardly one to be pointing fingers at others with accusations of misleading and endangering the public.

He has shilled for everyone who will pay him big bucks…and the victims are those who watch his ridiculous show. I thought he was one person who could be trusted to give the facts because of his credentials. Whatever…not anymore. I wouldn’t let him operate on me either; he’s too busy practicing his next load of bs to dump on the unsuspecting public!

OK, so Dr. Oz endorsed supplements that have not been “proven” to be effective. Some say that Oz did this because he makes money on the supplements. If that is true, then he is a spokesperson for those brands. Supplements can be endorsed by medical doctors, that is not against the law. It should be noted that supplements do not have to go through the same kind of research, clinical trials and factory inspections that prescription drugs require. This is just a fact. Dr. Oz was well within the law in what he did, regardless of whether or not you agree with it. Dr. Miller obviously has an axe to grind. Miller is a politically active pro-GMO mouthpiece, and he is standing up and making noise, saying Oz should be fired for recommending supplements. I’m a doctor and I recommend supplements for some patients. Should I, and all doctors like me, be fired too? Dr. Miller is a tool for Monsanto and the biotechnology industry. I would venture to say that Dr. Miller makes millions from Monsanto and related companies.