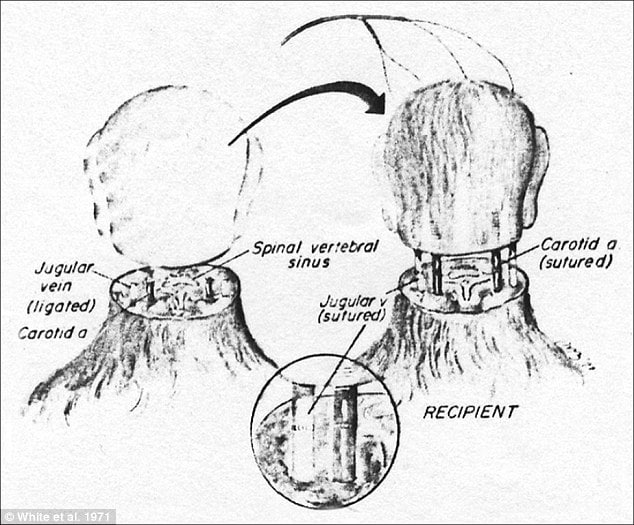 Terminally ill Russian patient, Valery Spiridonov, 30 has told he has agreed to be the world’s first human head transplant.

The operation never before performed on a human being will be led by Italy’s Dr Sergio Canavero who insists he can remove a head and attach it to a healthy body.

The claim comes despite a previous attempt in 1970 to perform a full head transplant on a monkey failed to produce desired results. The subject in that instance would die after eight days after the primate’s body rejected the new head and the responding spinal cords were unable to mesh.

Told the afflicted computer scientist who suffers from a rare genetic disorder called Werdnig-Hoffman disease: ‘My decision is final and I do not plan to change my mind.’

‘But it is not just very scary, but also very interesting.’

Added the man who many believe has signed up for almost certain death:

‘But you have to understand that I don’t really have many choices.

‘If I don’t try this chance my fate will be very sad. With every year my state is getting worse.’

‘If you want something to be done, you need to participate in it.

‘I do understand the risks of such surgery. They are multiple. We can’t even imagine what exactly can go wrong. I’m afraid that I wouldn’t live long enough to see it happen to someone else.’ 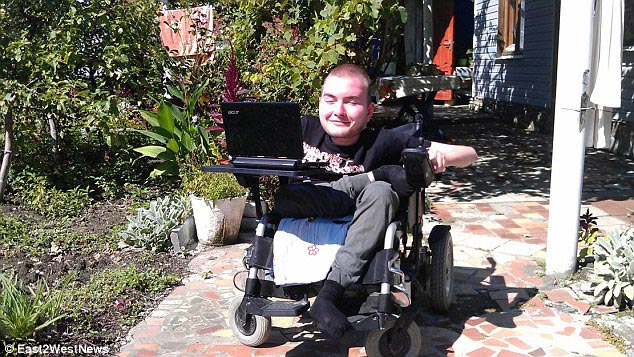 Responding to media queries, Dr Sergio Canavero told he has already secured partial funding for the operation, adding that he was not at liberty to disclose where the money was coming from as a condition of the funding.

Whilst the doctor may be gun-ho about the prospect of operating on the first full human head transplant, Canavero admits he has only communicated with the prospect patient via Skype and has yet to review his medical records. In essence bringing into question whether such a procedure is in fact feasible let alone ethical (more on that below).

Nevertheless the surgeon would claim he was not perturbed as he received many requests from would be prospectives who are keen to have the procedure done to them.

Naming the procedure HEAVEN, an acronym for ‘head anastomosis venture,’ the procedure involves the surgical connecting of two parts. The new body would come from a transplant donor who is brain dead but otherwise healthy.

At the time of the operation, both donor and patient would have their head severed synchronously from their spinal cord using an ultra-sharp blade to give a clean cut.

The surgeon would also tell that he planned to present his plans at the annual conference of the American Academy of Neurological and Orthopedic Surgeons (AANOS) in June.

AANOS in turn told that they are not endorsing Dr Canavero but merely opted to give the surgeon a platform to hear what he had to say.

Canavero would also tell that he planned to perform the human head transplant in 2017 where he estimated a team of 150 doctors and nurses would be needed for the 36 hour surgery.

Told the surgeon: ‘I say two years is the time needed for the team to reach perfect synchronization.’

In a bid to overcome a previous impediment which saw a monkey reject its donor head the surgeon told he will use a ‘magic ingredient’ as a sealant to  fuse the spinal cords back together.

Reiterated the surgeon: ‘… the bodies of head transplant patients would end up being overwhelmed with different pathways and chemistry than they are used to and they’d go crazy.’

Adding: ‘It’s not like you can unscrew your head and put it on someone else.’

Dr Hunt Batjer, president elect of the American Association for Neurological Surgeons, added: ‘I would not wish this on anyone.

‘I would not allow anyone to do it to me as there are a lot of things worse than death.’

Which of course prompts the question of why Valery Spiridonov even in the face of likely death would subscribe to an unproven and unqualified, never mind morally ambiguous procedure…?