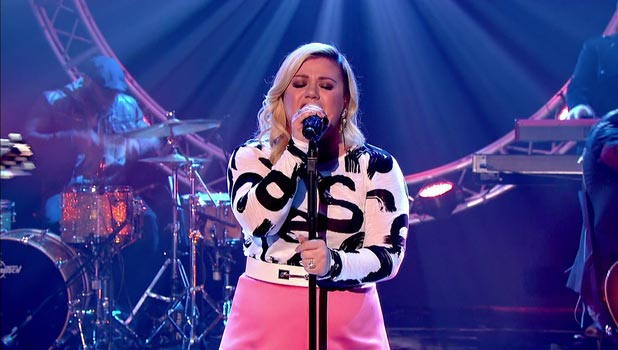 The UK’s Katie Hopkins has outraged Kelly Clarkson fans after posting a series of messages on twitter thought by many to be disparaging the American singer’s weight.

Whilst watching Clarkson, 32 perform on the Graham Norton show, the 40 year old media personality tweeted: ‘Jesus, what happened to Kelly Clarkson? Did she eat all of her backing singers?’

Adding: ‘Happily I have wide-screen. #grahamnorton.’

Kelly Clarkson opts for a more fuller figure but fans are not happy. Yo-yoing weight…

The tweet would lead to many of the singer’s fans coming to her defense, pointing out that Kelly Clarkson had become a mother for the first time just 8 months ago.

Rather than pacify the usually outspoken Hopkins, the information only fueled the columnist who tweeted: ‘Darling, if you had a baby a year ago, that is not baby weight. It is fat. Quit calling it cute names to make yourself feel better.’

As more people took to Clarkson’s defense, the former Celebrity Big Brother contestant then wrote: ‘Baby weight, puppy fat, muffin top. We’re so weakwilled we have to make up cute names for fat.

In turn twitter became a battlefield with commentators expressing umbrage at Hopkins:

Tweeted one user: ‘No, @KTHopkins – it is never ok to slate someone for their weight or appearance. It says much more about you than it does about them.’

Commented another user: ‘I think raising her child is more important than hitting the gym. Kind of like how tweeting mean things is for you.’

And another: ‘@KTHopkins Thankfully Kelly Clarkson probably doesn’t have a clue who you are. You’re a nobody compared to her. And that’s what matters’,

In her defense, Hopkins would take to twitter asserting that she was free to say what she pleased on her social media profile.

Posted Hopkins: ‘Let’s remember boys and girls and haggard old bags, if you don’t like what I say, you don’t have to read it. My voice comes with choice.

‘No one needs to agree with my views. Accepting we all think differently is the joy of life. Unless you are fat. Then clearly you’re wrong.’

The fracas comes after the singer, who has been singled out over her weight in the past opening up earlier that week during an interview a BBC program where she discussed her appearance and how she copes with pressure on her looks.

During that episode, Clarskson told that she didn’t really care what people thought or said about her, as long as they like her work.

Told the American singer over the criticism over women’s bodies in the music business: ‘I don’t think that stops at our industry, I think that’s in general,’

‘And that’s because the female form – even back in the days – the statues were of us. We’re beautiful creatures. We’re held in high esteem and so with that comes scrutiny.

‘I don’t know, I’ve always been confident in my talent and what I love to do, it’s never really gotten me down. How I grew up, I’ve never been super concerned with [how I look].’

It destroys me for like, a week. If I have a bad show and then you’re like “oh God, they think I sound like that regularly”. That’s when I really go down the rabbit hole.’

The star – who rose to fame after winning the first series of American Idol back in 2002.

To date Kelly Clarkson has not responded to Katie Hopkins’ remarks. Can anyone guess why? 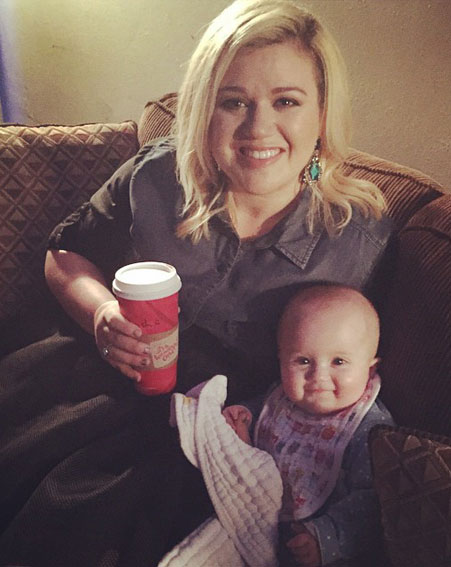