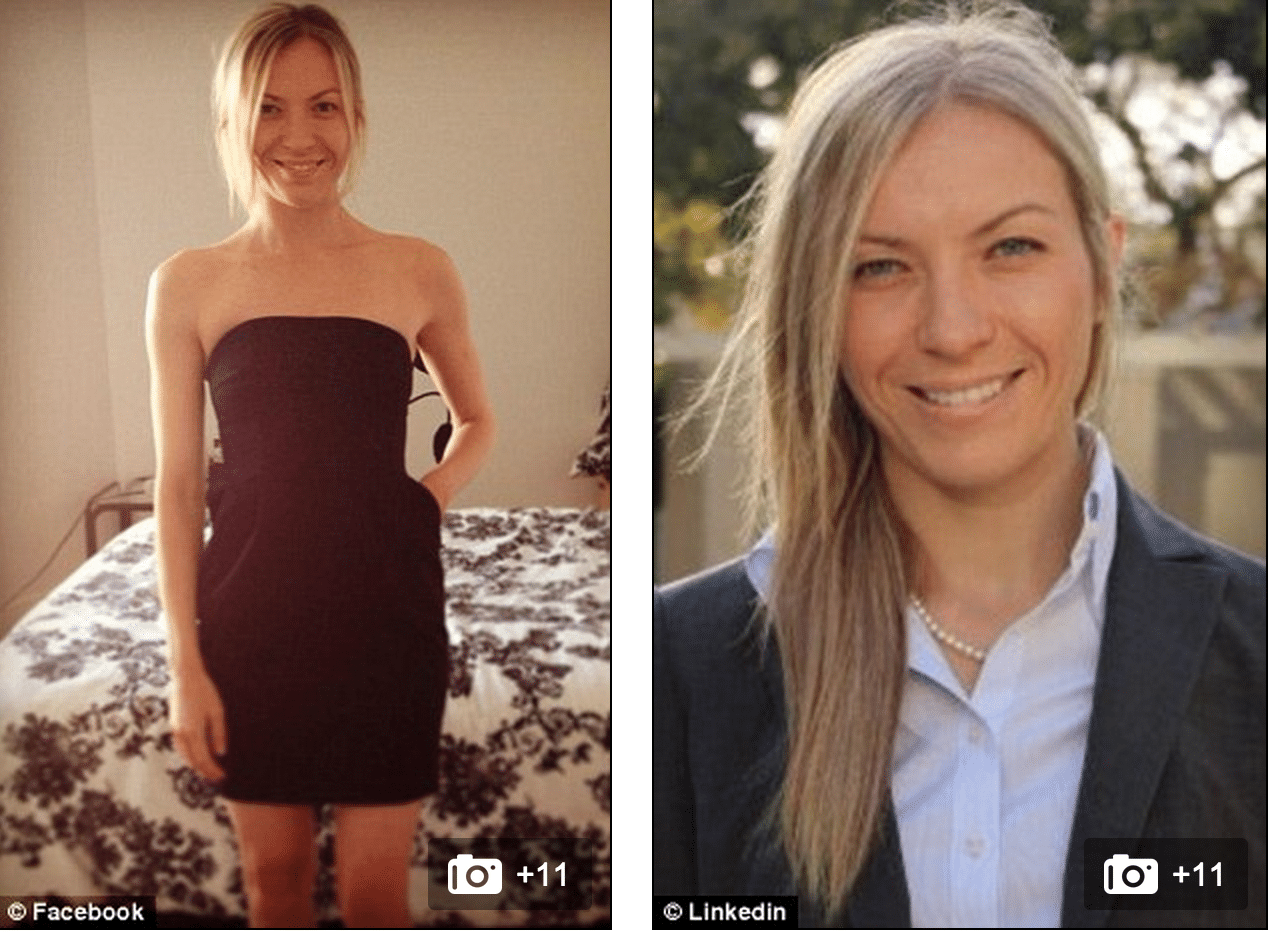 Missing investment banker Kate Matrosova, 32 has been found dead after attempting to solo hike one of the highest peaks in the Northeastern region at New Hampshire’s Mount Madison.

Her cause of death has since been marked the result of exposure to the elements which merits the question was the New Hampshire hiker unaware of the risks she was undertaking in lieu of recent treacherous winter conditions and reports of a new impending blizzard? Had she undertaken more than she should have despite her history and acumen of solo hiking treks in the past?

According to local media outlet, WMUR, the BNP Paribas banker’s body would be found 24 hours after she called for help whilst attempting to hike by then more than 100 mile per hour winds territory.

The report adds that Kate Matrosova arrived at the base of New Hampshire’s 5,400ft Mount Madison at 5am on Sunday, dropped off by her husband Charlie Farhoodi, who is listed on LinkedIn as a Vice President at JP Morgan.

At the time of her drop off, the Russia-born banker who lived in a $1 million apartment in Midtown Manhattan with Farhoodi planned to hike to the top of Mount Madison, before heading through Mount Adams, Mount Jefferson and Mount Washington, which at about 6,300 feet is the highest peak in the Northeast.

Yet within hours, Matrosova activated an emergency beacon amid treacherous conditions as the region was hit by winds exceeding 100mph and temperatures plummeted to -30F.

From there the BNP Paribas credit trader sent her coordinates to rescuers on Sunday afternoon. Nevertheless  a frantic rescue team who had a wide range to cover was unable to locate her as an ensuing blizzard took hold.

It would take a search team almost 24 hours to locate Matrosova. By then woefully too late. 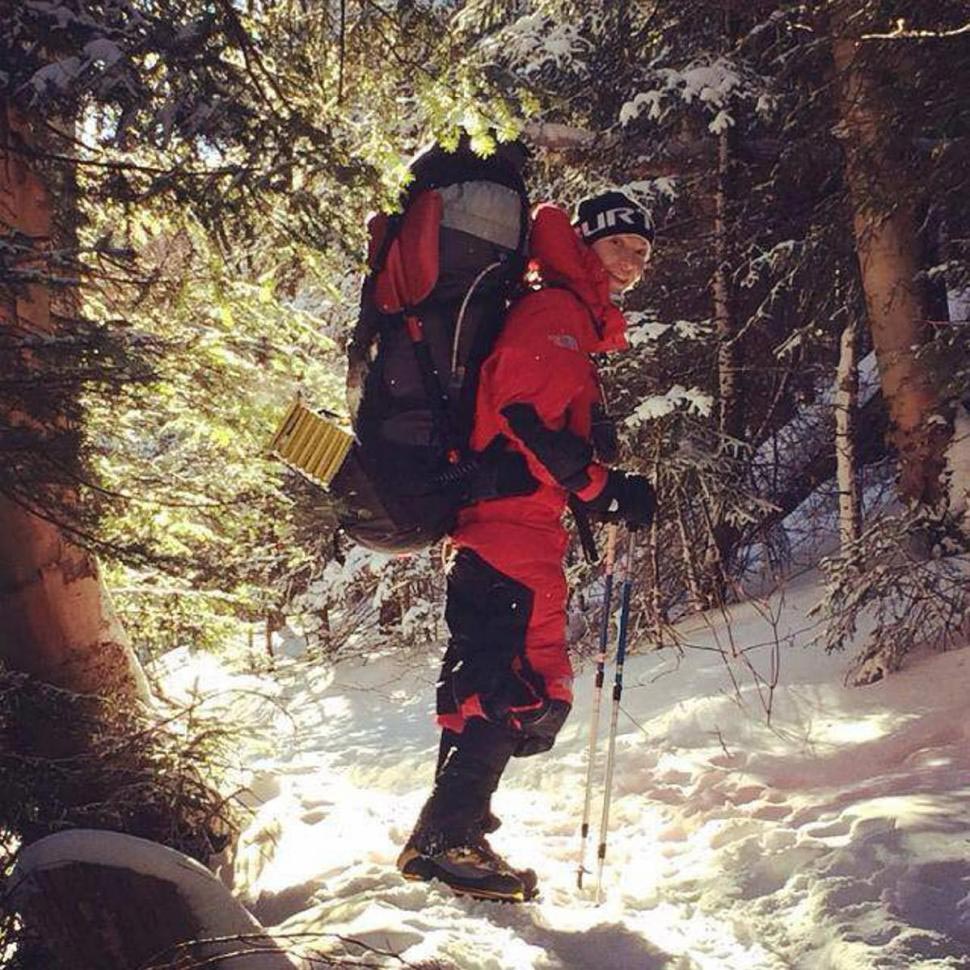 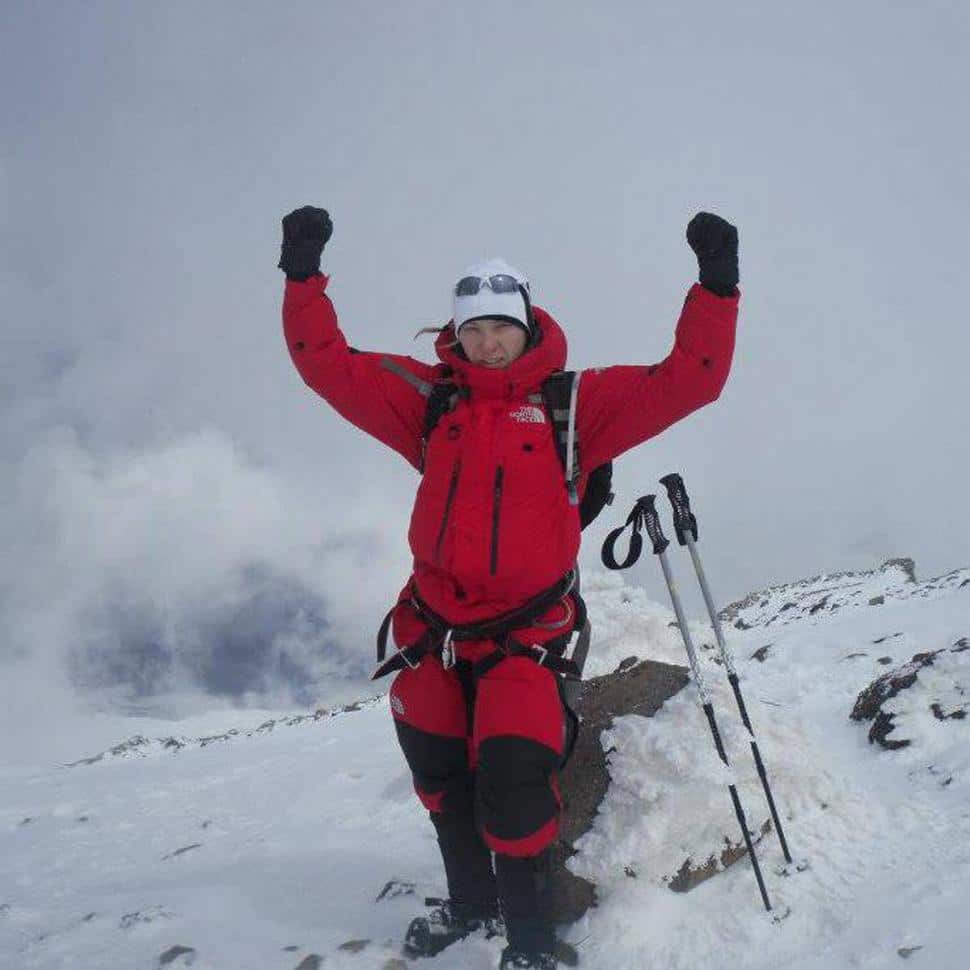 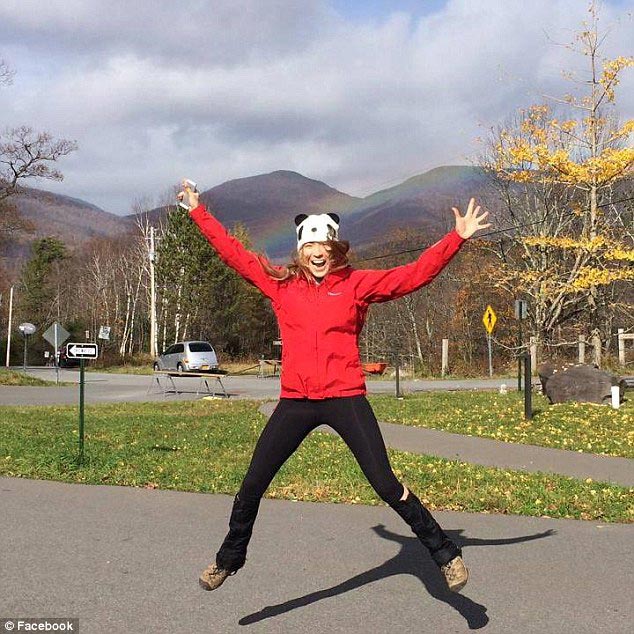 After a failed attempt on Sunday to locate the banker, a National Guard crew flew over the area with a helicopter on Monday morning but couldn’t see anything because of blowing snow, forced to turn back.

‘Unfortunately, a lot of the coordinates that we received over the night were all over the place within a mile circumference,’ Fish and Game Lt. Jim Goss told WMUR-TV.

Reiterated Goss: ‘I guess if you are gonna hike in this type of weather you need to be in a more sheltered area, not up on an open exposed ridgeline,’

‘There’s just no room for error in a place like that.’

According to a report via the UK’s dailymail, Ekaterina Matrosova, hailed from Omsk in Russia before moving to Chicago to study in 2002.

She completed a Bachelor of Science majoring in Finance and Marketing at Chicago’s DePaul University in 2006.

Matrosova’s first job was with JP Morgan as a financial analyst, before moving to Beach Capital Management where she reached the role of Investment Adviser.

In 2012, she attended Harvard University Extension School to study Numerical Analysis before obtaining a masters in financial engineering from the University of California, Berkeley’s Haas School of Business in 2013.

After interning for a year at BNP Paribas, she accepted the role of Credit Trading Associate in August 2014. 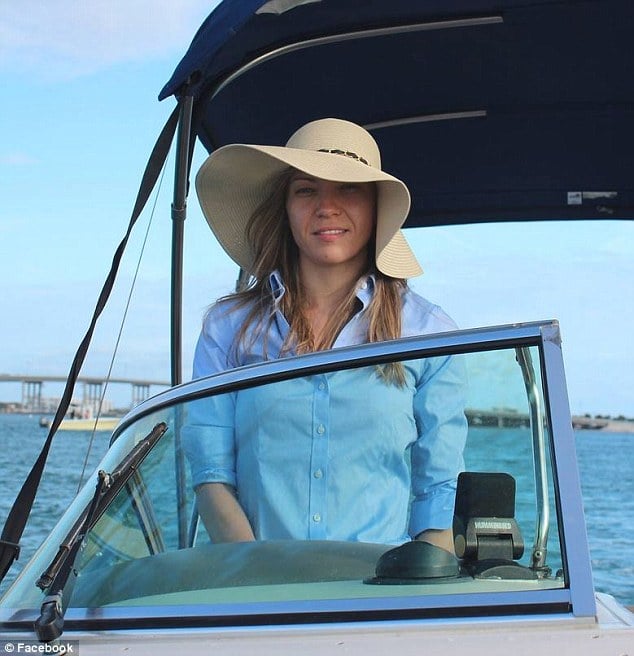 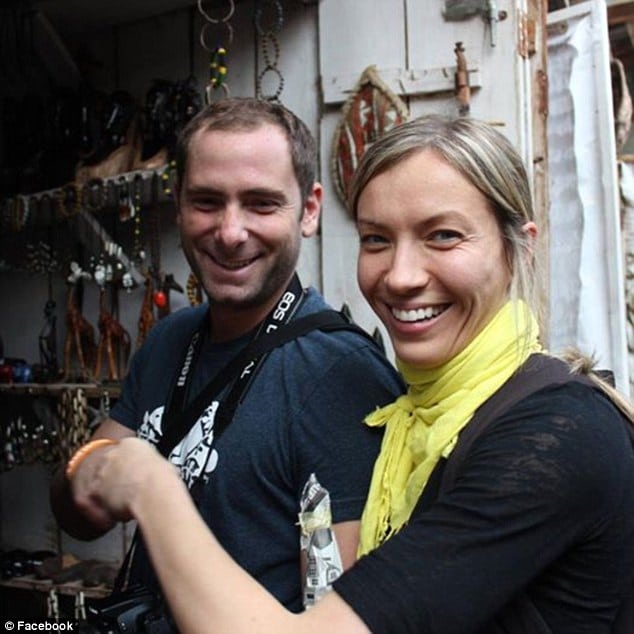 Facebook pictures show the BNP Paribas trader appearing to be very active, with numerous images of hikes and white water rafting. Her interests are listed on LinkedIn as mountain climbing, judo and scuba diving.

Friends and relatives paid tribute to Matrosova online, posting pictures of the 32-year-old.

One wrote: ‘Rest in peace…’ with a photograph of Matrosova hiking through sunlight snowy woodland.

Another described her as ‘a vibrant spirit’.

A blizzard watch was issued for coastal New England over the weekend that touched on the edge of the White Mountain National Forest, which encompasses the Presidential Range.

The region saw up to 14 inches of snow in some areas. Warnings which one wonders why Kate Matrosova  and her husband ignored…?

Why on earth would someone use such poor judgement? And what was her husband thinking, dropping her off and letting her hike alone? The weather in the Presidential Range, particularly Mt. Washington, can change on a dime at any time of year, let alone winter. 100mph winds and minus 80 windchill is not uncommon in winter. I just can’t believe how reckless someone could be with their own life, let alone the rescuers who had to risk their own lives to find her.

She must have been suicidal.

Hiking the Presidentials is not something to take lightly. It is one of the most dangerous hiking spots in the world. 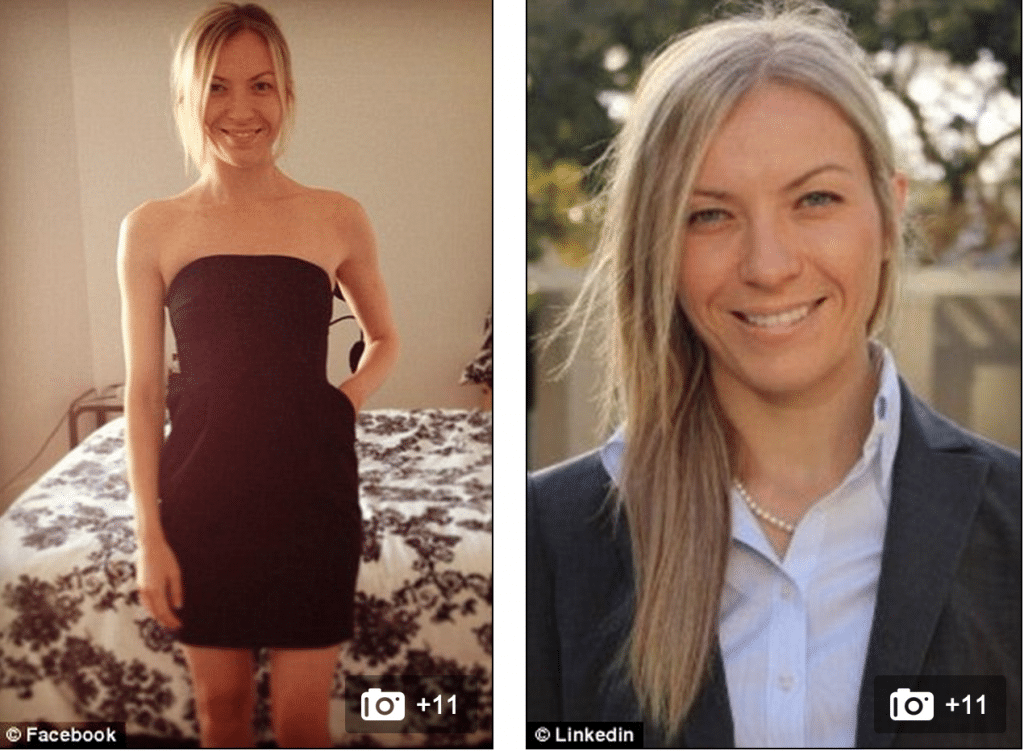