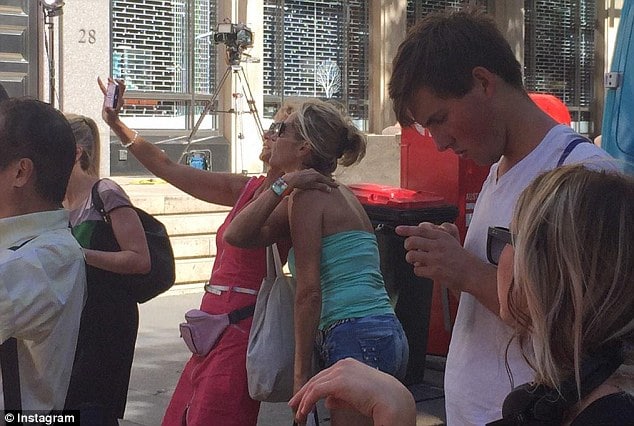 Widespread condemnation has spread on twitter in lieu of individuals who took to posting siege selfies in the face of uncertain threats at the hands of Islamic cleric Man Haron Monis otherwise known as Sheik Haron during Sydney’s siege at Martin Place’s Lindt cafe.

Not content just to take pictures of the unfolding drama, tourists and locals alike would post images of the unsettling scene under the hashtag: #siegeselfie with themselves front row as hostages inside feared for their imminent survival.

Images since posted on twitter would show selfie takers surrounding the perimeters of the unfolding drama smiling unabashedly, even celebrating their good fortune at being at the hub of imminent danger whilst authorities were left with the daunting task of bringing a potentially calamitous scenario to a close with as little as possible collateral.

One image notes smh.com.au would show a man with a fire truck in the background and the hashtag #hostagesituationselfie. The photo interestingly would come to be deleted from the man’s account as mounting hostility towards selfie takers gained steam.

In the end cops would storm the venue (see video below) in the early hours of Tuesday morning (local time) with stun grenades, blasting open the store cafe door before opening fire with automatic weapons. The gunfight would last less than two minutes, and would claim two lives, including that of instigator Man Haron Monis.

Whilst selfie takers may have thought they were posing for posterity, social media has taken those individuals to task and how.

Wrote a variety of social media users: ‘Awful, do they not have any feelings. People are being held hostage and all they can do is take a selfie.’

‘You would have to be mentally insane and have no respect for anyone if you do,’ said one Twitter user.

Wrote one user: ‘If you really want a selfie how about you offer to trade places with a hostage’

‘Don’t go home and hug your loved ones and be grateful that you’re not caught up in a hostage nightmare… go to the scene and take a selfie,’ another Twitter user wrote.

While another sarcastically remarked: ‘Just hangin out at a dangerous hostage crisis, think I’ll stop and take a selfie, with a smile of course.’

Whilst this user wrote: The shameful selfie takers should be named an shamed, a Hostage lost their life! 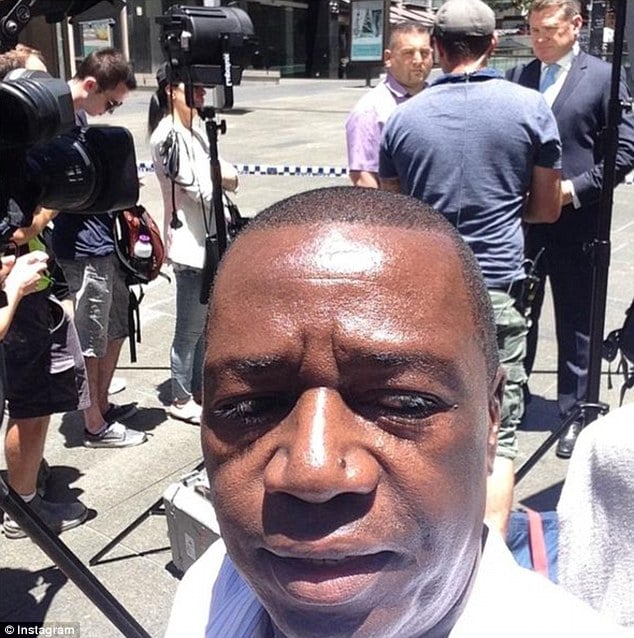 Told the academic: ‘Yes, in an older generation, it would be considered bad taste to take a camera to a funeral, but the fact is that we all carry one around,’

‘An actual camera would be obtrusive and unusual but we all have a camera in our pockets and handbags … a phone is not considered as obtrusive at all.’

Adding: ‘It’s narcissism, the selfie generation should not be without a moral compass.’

‘There’s a difference between taking a photo and putting yourself in it.

‘It’s taking the focus away from what is a very serious and still unfolding situation.’ 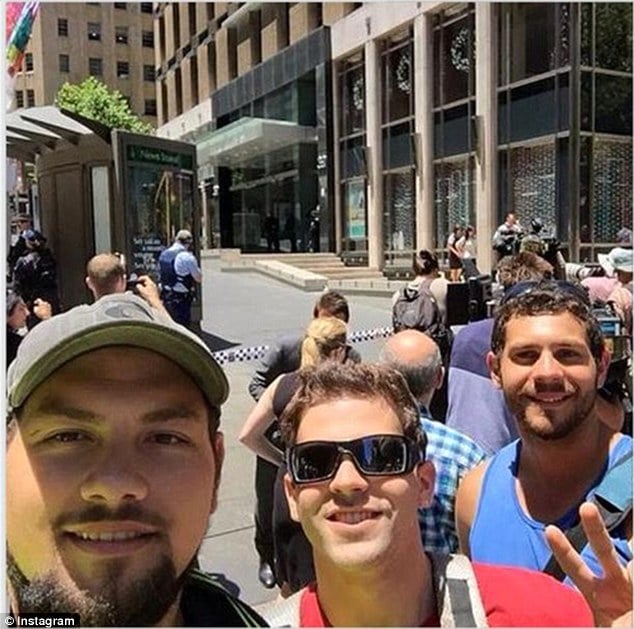 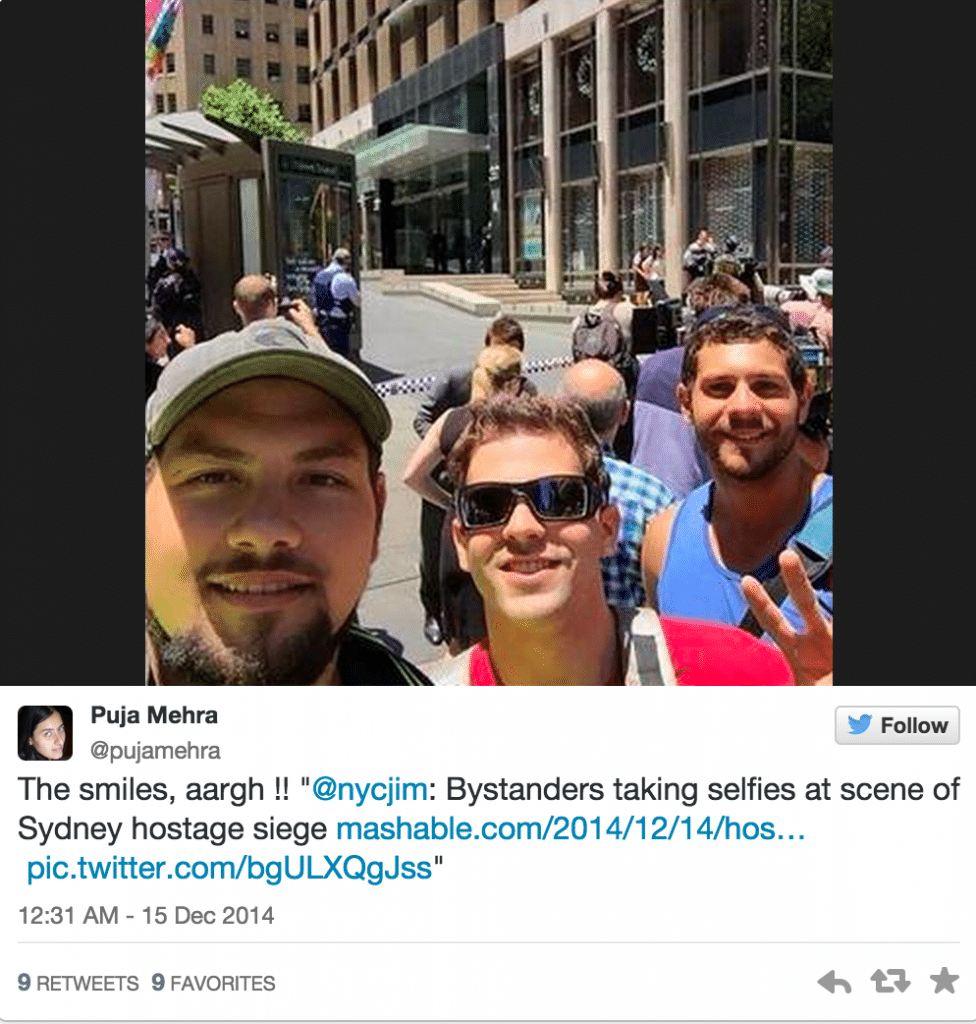 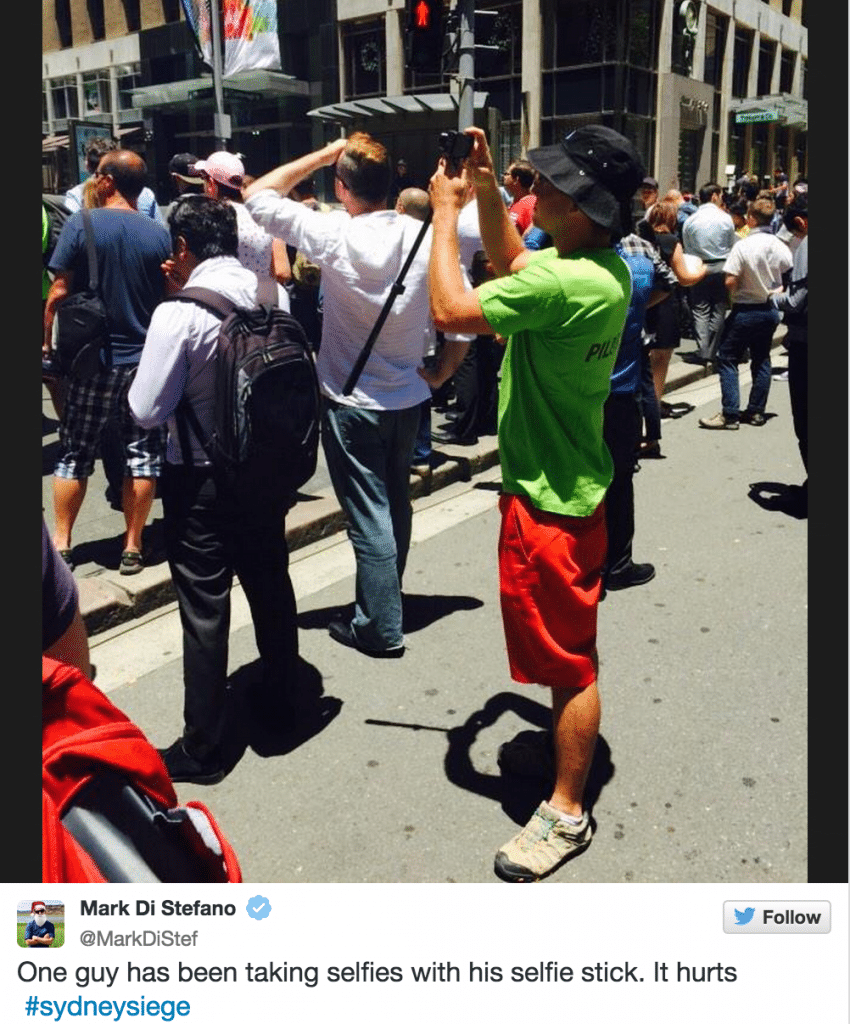