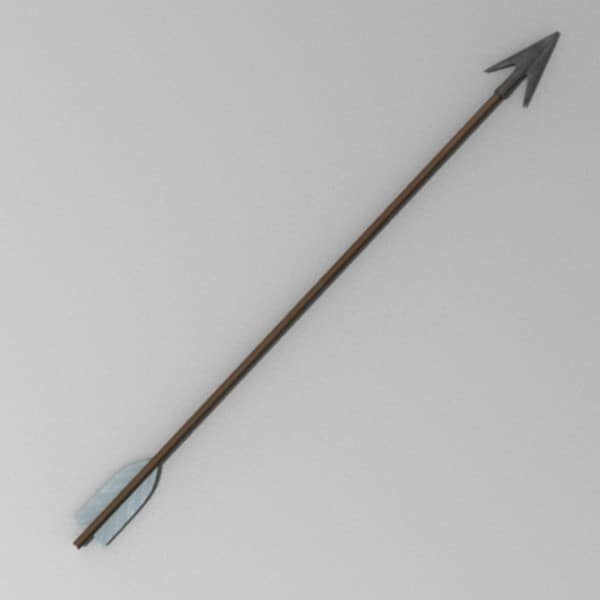 Michael Watkins, 42 has confessed to the bow and arrow shooting death of his mother, Gloria.

Upon arriving at the woman’s house cops would note that the 65 year old mother would be found with arrows still sticking out of her head.

Pursuant to his arrest the Okaloosa, Florida man would also admit to stabbing his mother after shooting her with a bow and arrow. Pressed the man would tell he was angry at his mother who he accused of stealing his diamonds and giving his father cancer.

The gruesome discovery came after a neighbor complained of someone knocking their Christmas decorations and shouting circa 2.48 am Sunday morning.

As authorities surveyed the scene they would notice an elderly woman slumped forward on a couch through the family front door as Watkins took to greeting arriving cops.

According to the police report, Watkins exited the home with a large knife dangling from a sheath at his waist and pointed at his mother inside, telling deputies, ‘You see that, that’s death.’

The report stated that Watkins told cops his mother ‘stole his diamonds and also gave his father cancer’ and ‘he had to kill her because she was trying to kill him.’

Cops would also tell that Watkins ignored repeated calls to get down on the ground before finally complying only to spring back up and pulling out a knife from his belt. This in turn would result in cops tasering the demented son. He would subsequently be charged with murder and resisting arrest without violence.

According to the arrest report, Watkins had been unemployed for more than five years. It also listed his address as the same as his mother’s.

At the Okaloosa County Sheriff’s Booking Facility, Watkins was asked if he knew why he was there and responded, ‘Yeah, I killed my f—— mom,’ the report stated.

At present it is not necessarily understood why Watkins resorted to using a bow and arrow to kill his mother with.