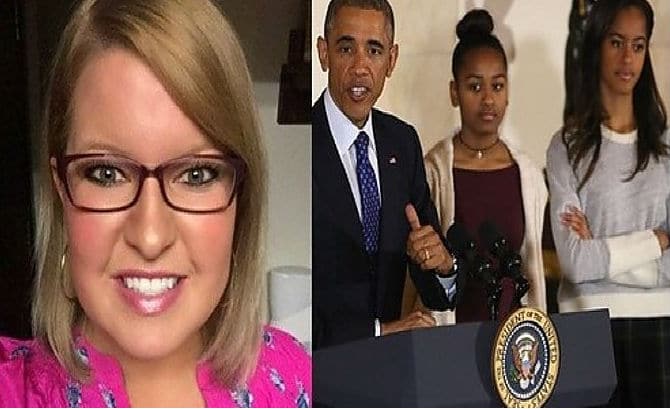 Needless to say the lynching would inflame the internet with many expressing disbelief that Lauten had resorted to taking ‘cheap shots’ at the president’s children. Never mind the fact that the attack has since led to new attacks on Malia Obama, including one going viral on twitter attacking the size of the eldest daughter’s ass. (yes you read right).

The Obama daughters’ fracas came to light when Lauten incongruously decided to launch an attack on 16year old Malia and 13 year old Sasha when she posted on her Facebook wall calling for the Obama daughters to ‘show a little class’ and to ‘dress like you deserve respect, not a spot at a bar.’

Wrote our collective hero at the time: Elizabeth Lauten: Dear Sasha and Malia, I get you’re both in those awful teen years, but you’re a part of the First Family, try showing a little class. At least respect the part you play. Then again your mother and father don’t respect their positions very much, or the nation for that matter, so I’m guessing you’re coming up a little short in the ‘good role model’ department. Nevertheless, stretch yourself. Rise to the occasion. Act like being in the White House matters to you. Dress like you deserve respect, not a spot at a bar. And certainly don’t make faces during televised public events.

Yes I am wondering where Lauten’s head been at as well but never mind after tomorrow she will probably have a lot of free time to wonder that eternal questions too: ‘Why did I dare choose to press self detonate?’

Needless to say the reaction was swift and merciless and has since led to calls for Lauten’s head (one imagines from both Republican and Democratic corners) despite a groveling apology where she told she now sees ‘more clearly just how hurtful my words were.’

via thesmokinggun: The Republican congressional aide who castigated the Obama daughters for their lack of “class” and dressing as if they were angling for a “spot at a bar” was once arrested for larceny during her own “awful teen years,” court records show. 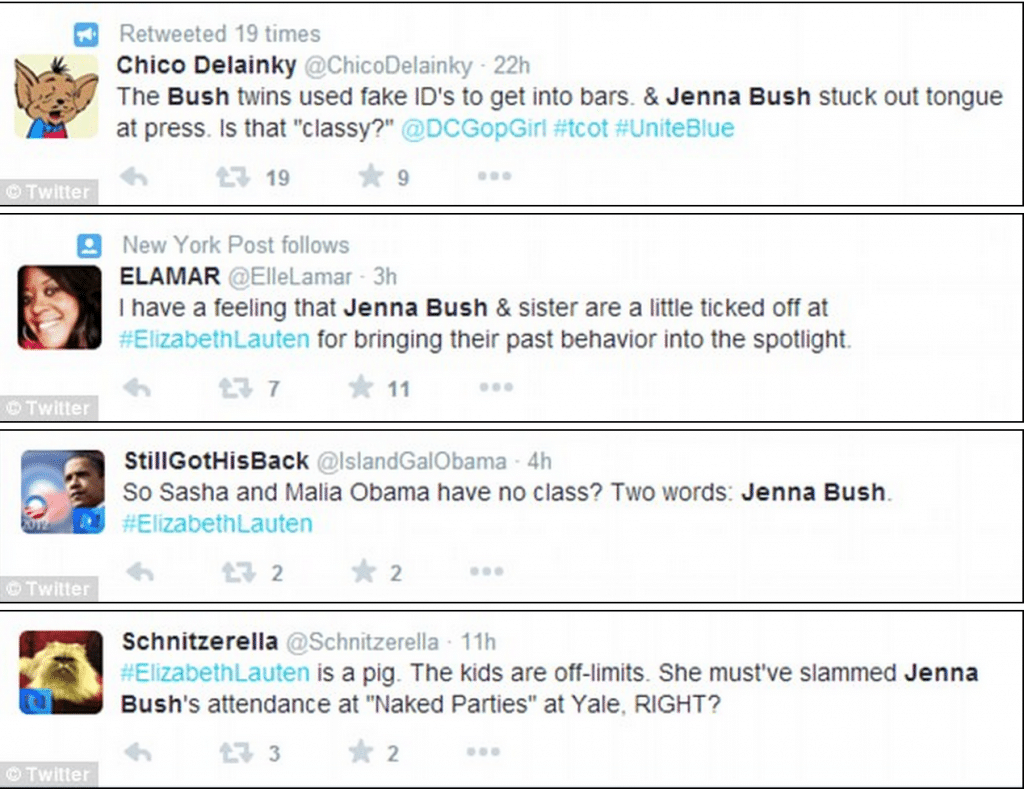 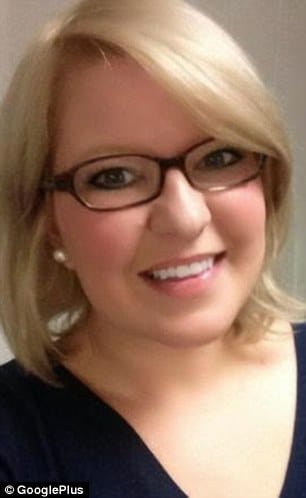