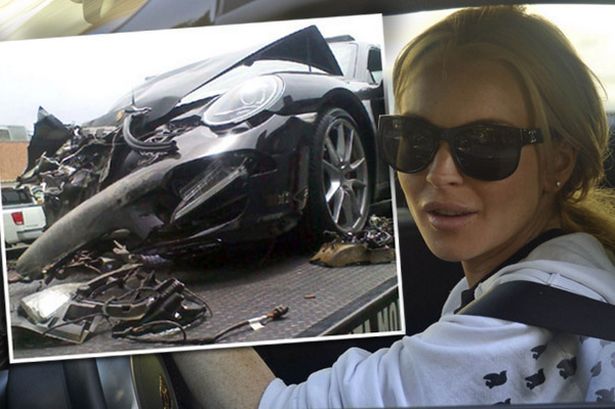 If Hollywood bred anyone, it’s definitely not role models. Weekly celebrity news reports are full of Hollywood’s teenage celebrities running into some kind of ruckus, one after the other. Driving under the Influence (DUI), hit-and-runs, and speeding tickets are some of the most common incidents that plague Hollywood’s brat pack of bad drivers.

To ensure that you never make the most wanted list, it is vital to be a responsible and informed driver, something which starts with the theory test, for more information, click here. Here are some of their members:

Here are some of their members:

Leading the charge is Lindsay Lohan. Lindsay’s traffic troubles started in 2005 when she figured in a car accident with two other vehicles. She was brought to the hospital that time. She was then arrested for a DUI charge in 2007. One month after her arrest, she again figured in another accident where she crashed into a parked van. Another month after that, she was again arrested for another DUI charge. Her car troubles subsided for a while but she was again rearrested in 2012 when she crashed into an 18-wheeler truck. She tried to lie her way out of the charge by pretending that she was not the driver but she was found out. In 2013, there were allegations off hit and run and she was sent off to rehab.

Hollywood’s favorite heiress has always been viewed as dangerously bad on the wheel. In 2006, she was arrested and imprisoned for 23 days for a DUI charge. A year after, she was again arrested for driving with a suspended license. On the same year, she was again busted for overspeeding.

Paris Hilton’s co-star in “The Simple Life,” Nicole Richie, had a reputation for being a dangerous driver. Before Lindsay Lohan, she was the Hollywood brat with a long list of car accidents to her name. In actuality, Richie had a total of five car accidents before she started in “The Simple Life.” Of those five, she totaled her car twice. In 2006, she was arrested after she drove on the freeway counter-flow. After her arrest, she admitted that she took some Vicodin and smoked pot before driving.

Perhaps the original member of Hollywood’s brat pack of bad drivers, Britney was caused some furor in 2006 when she was reported driving with her infant son sitting on her lap. Newspapers carried her pictures with baby Sean. In 2007, she got into more trouble when she was charged with a hit and run, driving without a license, and property damage due to her driving. In 2008, Britney once again figured in an accident in Los Angeles when she rear-ended another car.

Last but not the least is Hollywood’s brat prince Justin Bieber. The 20-year old pop singer was involved in a number of vehicular accidents in 2013. Towards the middle of the year, Bieber allegedly pinned a photographer between his car and another car parked outside the Laugh Factory in Sunset Boulevard. The pop prince has also been subject of several complaints by his neighbors for driving his Ferrari inside the community at highway speeds. There were two separate complaints for Bieber’s erratic driving from different neighbors. He was also apprehended while driving on the freeway at 100 miles per hour.