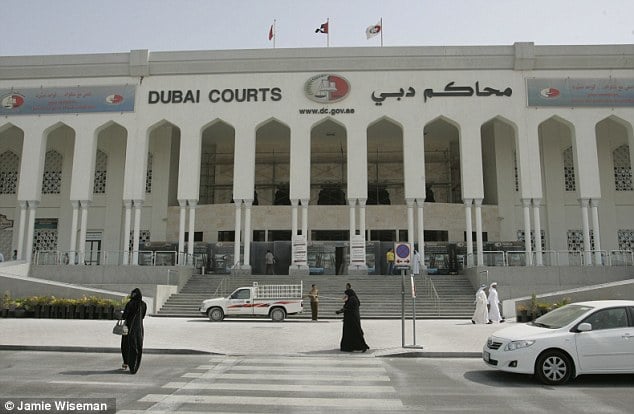 A 25 year old Ethiopian maid has attempted to kill her employer’s three children by pouring boiling water on their faces as well as slashing them with a meat grinder whilst they slept. The act of violence is believed to have come as a result of the woman’s resentment with her Dubai employer and a desire to quit.

During her life sentencing the Ethiopian maid, referred to as Y.S., claimed she attacked the children, two girls and a boy aged 15, 14 and 10, because they and their mother had made threats against her own life.

‘The four of them, the mother and the children, threatened to kill me,’ she told the Dubai Criminal Court through a translator from the Ethiopian embassy.

‘When I later asked them to let me go home, they refused and again threatened to kill me,’ she said.

Prosecutors said the maid admitted the attack was an act of revenge for being mistreated and forced to go hungry, reports The National.

The maid told how her employer, a 42-year-old teacher, repeatedly accused her of stealing and refused to send her back to Ethiopia, claiming that her passport was missing.

The eldest sister said the incident happened the same day her mother had to go away for medical treatment.

She said: ‘My sister and I were sleeping on one bed while our brother was sleeping on a mattress.

‘Around 7am I felt some boiling water splashing on my face… I woke up shocked and saw the defendant.

‘She held a boiler and a cleaver in her hands. She stabbed me repeatedly in my face, and then she attacked my sister and then my brother. We escaped and locked ourselves inside the washroom, then called the police.’

Following the attack the maid went to the mother’s room to take money and her passport, which had been hidden in a drawer.

A policeman described breaking down the door and discovering the children.

He said: ‘They were bleeding from everywhere and badly burnt.’

The children were taken to hospital and police said they found the maid sitting on the floor of the flat’s balcony.

From there the maid is said to have tried to slit her own throat before surrendering to police when they raised their guns.

The maid has since been charged with a triple murder attempt, double suicide attempt and theft. She was also ordered to pay Dh21,000 ($5760 USD) in compensation to the mother.

The maid is set to be deported after serving her jail term.