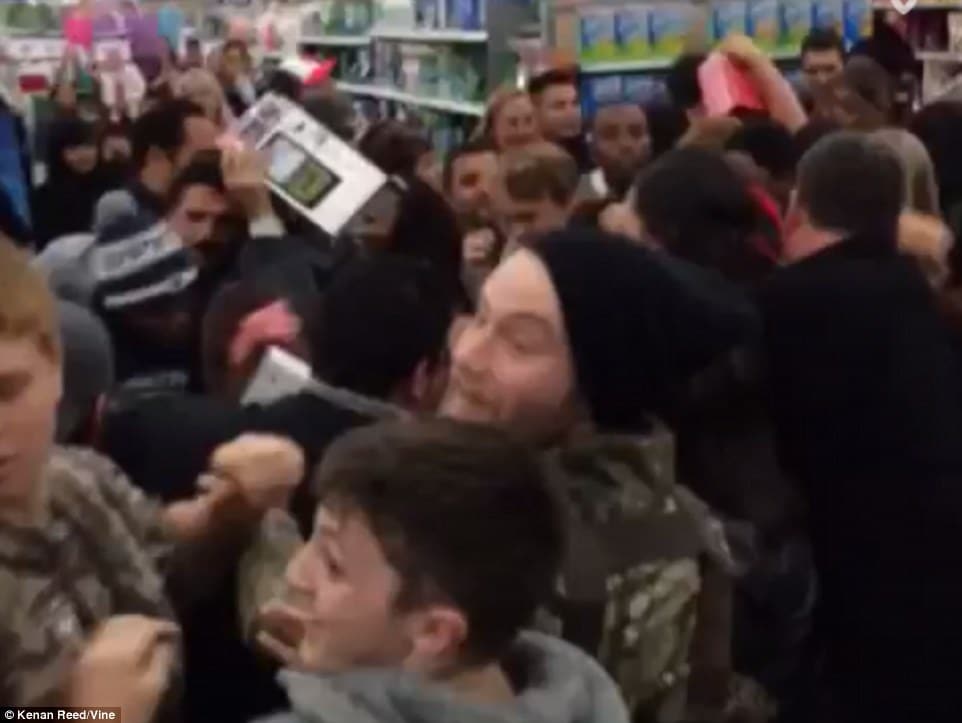 With scrums of shoppers rushing to see what they can pick up at suggested steal prices (because who can refuse a new flat screen tv, skimpy lingerie for the new boyfriend and the chance to watch the frantic perspiration dripping off your fellow shopper on the hunt for idyllic discounts) it was simply business as usual. This after all is America, defined by a culture which has made the consumption of goods and services and the suggested status of such consumption as the defacto instant gratification devoid in a realm where one is taught over and over one’s sense of self is conditional on their possessions. Whatever happened to long walks in the park and sitting in the backroom post full thanksgiving belly, watching your nieces finger paint on your new shoes?

Who am I to judge?

‘Do you mind moving over so I can get my hands on that Argyle cashmere sweater sir?’

As is customary in the stampede for instant gratification and the perceived saving of some extra dollars (how many cashmere sweaters do I really need anyway?) there was the customary flare of run ins. Run ins which normally happen on Black Friday which instead happened on Black Thursday, Thanksgiving day itself. Yes the notion of being thankful for something has truly been ruined with the ever forward notion of getting one’s hands on goods. Really it would have been that much more bearable to have sat through the sing alongs with an extra heaping of pumpkin pie.

But rest assured there were punch ups, run ins, cops with tasers and a few extra heated words.

Via the blaze: Then there’s another clip captured at a Walmart that shows additional scuffles unfolding over discount tablets (see mayhem directly below)

Via the UK’s dailymail: In Indianapolis, two people were arrested for punching an off-duty police officer in a mall parking lot around 3am, Fox59 reported, while sheriff’s deputies were also called to a Walmart store in Norwalk, California after two women started fighting over a Barbie doll.

Oh dear poor Barbie doll. Let’s home they found themselves their rightful owner. One of them was sure to beat the other that much harder to get there.

Via gawker: In the U.S. it’s already taser time—a Walmart shopper got zapped during a fight with police near the checkout line: (see video below).

At Target, man took a woman down over a TV: (fun video directly below).

And then there was this heart rendering story in the dead of night out of Indiana too:

Two people were arrested after a scuffle on Black Friday at a Northwest side mall.

Fox59 reported that the incident happened around 3 a.m. in the 5100 block of Pike Plaza Rd.

Police said male was too rowdy inside of the mall and was thrown out.

The man then got in a fight with another man outside in the parking lot. The officers working security detail didn’t see the fight, but they saw the victim’s bloody nose.

This too led to the boyfriend and girlfriend being arrested oh well, never mind, at least they will both have something exhilarating to talk about next thanksgiving right?

Anyone for an extra slice of pecan pie or two, I got it on sale of course…