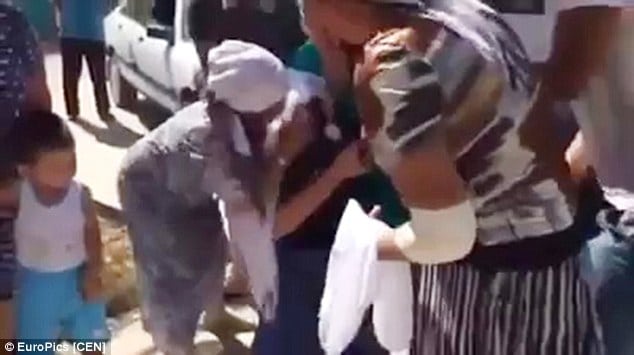 Video has caught the moment a teenage Kazakhastan teenage bride has been kidnapped to a forced wedding in an episode since dubbed ‘Stealing the bride.’

The video (see below) caught on a mobile phone shows the moment the teenage girl arrives at the home of her future husband in Kazakhstan’s central Akmola region.

As wedding guests celebrate to traditional Kazakh music, the teenage gir sits in the back of a car crying and pleading to be taken home.

The harrowing video goes on to depict the screaming teen being dragged from the car along a special bridal carpet towards her suitor’s house as guests in smart wedding dress throw confetti over her.

She makes one final effort at resistance at the door to the home, pushing back on the doorframe, before a crowd of men and women finally hustle her inside.

Shockingly, such bride kidnapping, where a young woman is taken by force to the home of a man who wants to marry her, is said to be on the rise in Kazakhstan.

The groom-to-be hires relatives and friends who use deception or force to get the girl into their car. This can include offering to give her a lift, or dragging her off the street and tying her up in a sack.

Once inside the car she is driven to the man’s home where one of his female relatives prepares a special neckerchief called an Oramal which the girl must accept to show her consent to marriage.

Often it takes days of being locked up before the girl accepts and even then there are complicated politics to be dealt with when her family found out where she is. 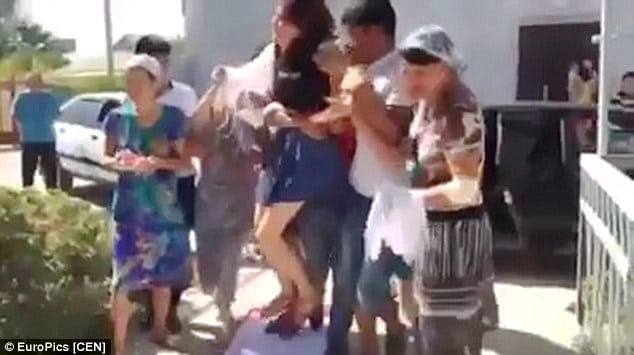 The practice is an ancient custom in the region and there are various formalities to go through. In some circumstances the abduction can even be consensual.

Where it isn’t, perpetrators are rarely dealt with by the legal system.

This latest video has since led to critics demanding that the practice must stop.

Reiterates woman’s activist Zuyeva: ‘This is a barbaric and evil practice that forces young girls into loveless marriages with men they hardly know.

‘Often the families of the victims agree because the groom pays them a lot of money.

‘But it is an outdated and horrific tradition which has no place in modern Kazakhstan.’

Local politicians have now called for it to be made illegal, pointing out over 60 per cent of adults and 74 per cent of teenagers had either been victims of kidnappings or knew people who were. 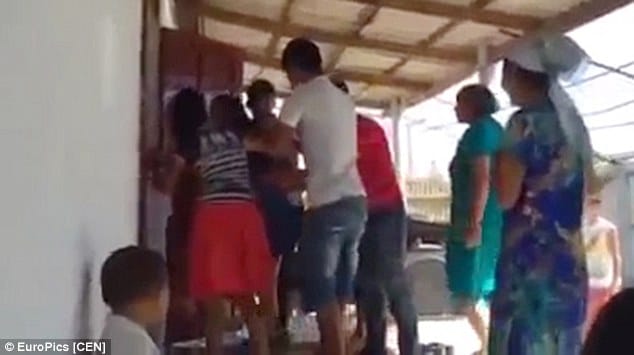