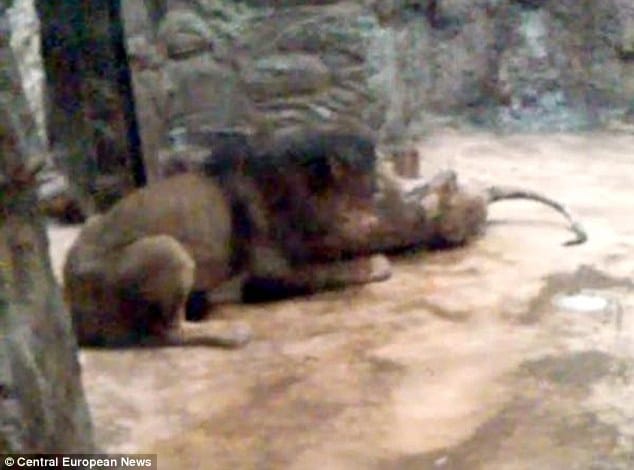 Disconcert has been caused after a lion mauled to death a fellow lioness at a zoo in Gdansk, Poland. The incident believed initially to be friendly play would leave onlookers and visiting school children horrified and crying.

Told one witness, Anna Malkowska, 28 who like other onlookers had initially believed the lions were just playing: ‘But then it became very apparent that the male lion was clearly not playing, and suddenly it became like a horror show.

‘My daughter started crying and we could see the female lioness was badly bleeding.

‘She was kicking her legs to try and get clear and then she stopped moving and was dead.’

Zoo director Michal Targowski said the incident was ‘terribly tragic’ and the ‘most unfortunate incident in the history of the zoo’.

He later extended an apology to the families that witnessed it.

Targowski said the zoo had spent the last few months preparing the enclosure for the lions’ arrival ‘but we didn’t foresee this’.

Adding: ‘Unfortunately, working with wild animals is always very unpredictable and even with the best preparations things like this can happen.’

A spokesperson for People for the Ethical Treatment of Animals (PETA) would tell: ‘This powerful, proud lion has every aspect of his life manipulated and controlled, from when and what he eats to when he sleeps and whom he can mate with.

‘By denying him the opportunity to carry out any of his intense natural instincts, he’s responded the only way he knows how – and in the same way many animals in captivity do: by attacking.

‘This type of behavior is nearly non-existent in nature.

‘The reality is that as long as society continues to keep animals in cages as a fleeting diversion for the public, animals will continue to live and die behind bars.’

Commentators on the web have questioned the wisdom of introducing dislocated animals in recent days in the enclosure.. 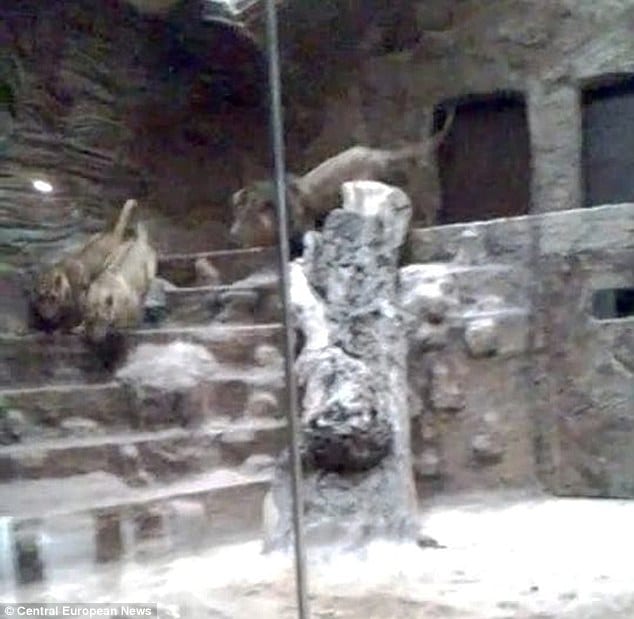 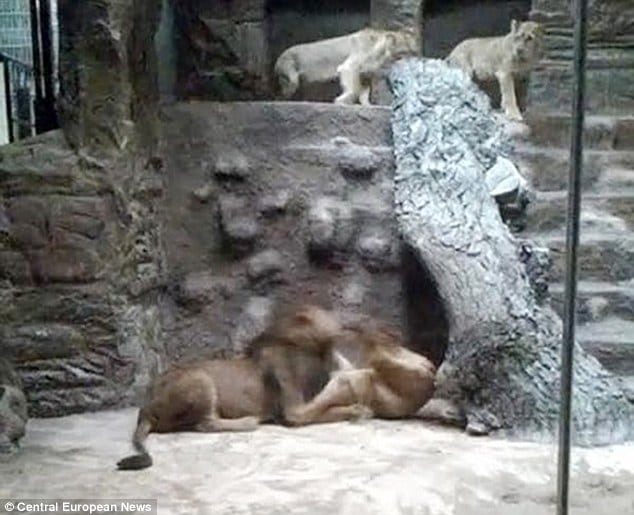 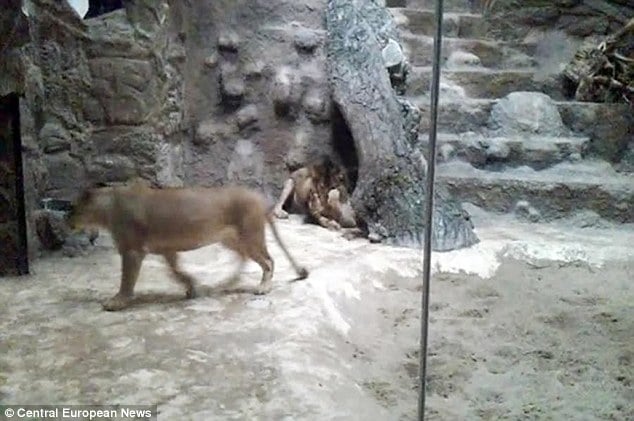 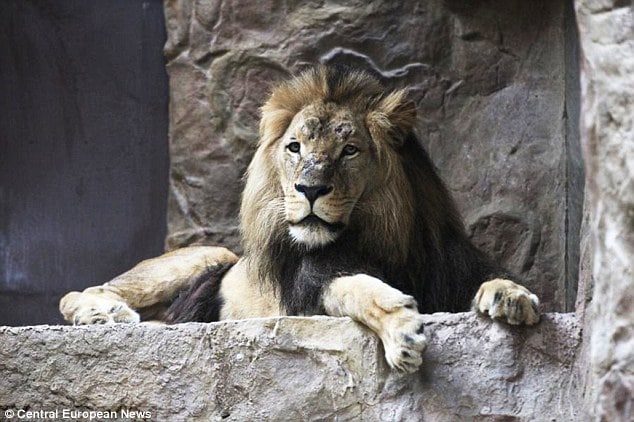