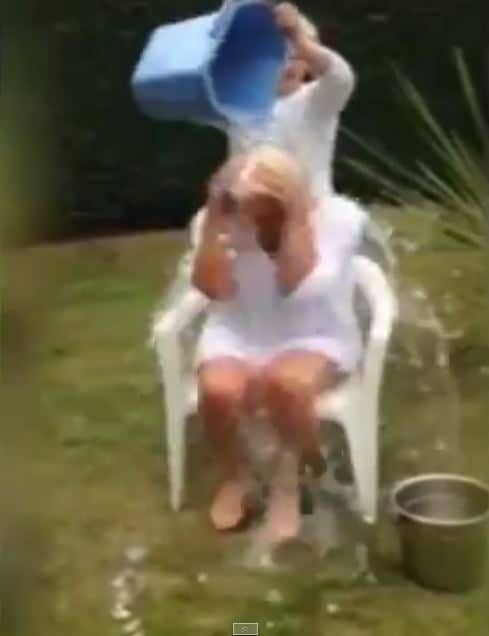 Amanda Davey a 40 year old Southport UK woman has broken her neck after taking on the ice bucket challenge.

The incident came to happen as the woman asked her mother Irene Vitali to drench her with the iced water as part of the latest craze sweeping the internet.

The challenge, which has raised millions for charity, involves participants pouring a bucket of freezing water over their heads.

After pelted with water, Amanda Davey raced into the kitchen to dry herself off, shrieking from the shock of the freezing water.

But the beauty therapist slipped on the tiled floor, banging her head and knocking herself unconscious.

Once she came around, her speech was slurred – and doctors suspected she could have a broken neck. Davey would later be diagnosed with severe whiplash and bruising.

The 53-second clip of the fall (see below) has now become an online hit, receiving more than 1 900 likes on the Facebook page ‘Ice bucket challenge fails’.

Told Amanda Davey: ‘My legs just went from under me and I was knocked out for a few seconds. When I opened my eyes my mum was asking if I was OK.

‘I had pins and needles all down my arms and when I went to speak slurred words came out. I had only had half a glass of wine, so I know it wasn’t that.

‘I knew I had really banged my head, I had a huge bump and my scalp was black, blue and purple.’ 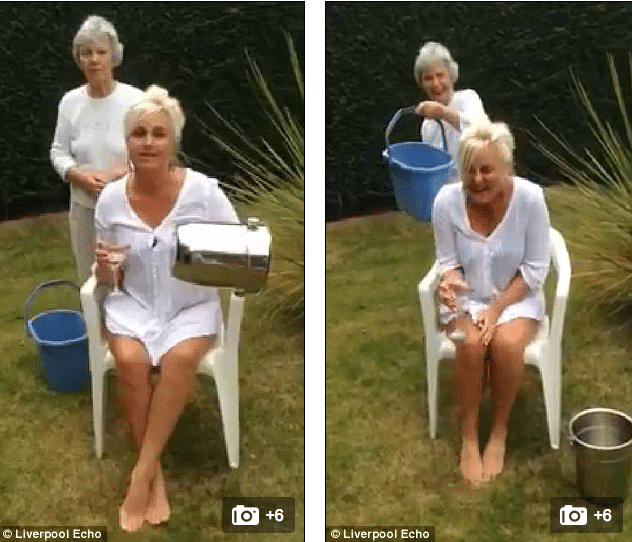 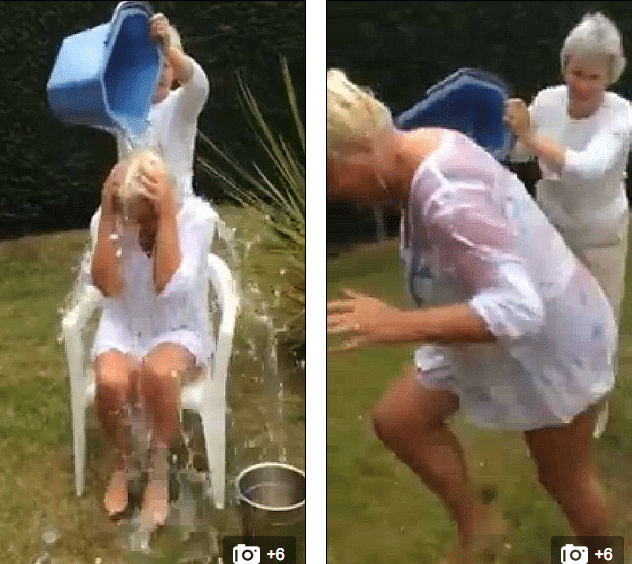 Unable to move her neck and by now having resorted to futile attempts to bring down the swelling Davey went to a medical clinic. It’s what she discovered that left her reeling.

Reiterated Amanda Davey: ‘The hospital thought I might have broken my neck and I was there for three hours but the doctor said I had been very lucky and only had severe whiplash.

‘In hospital they told me they had had a few people come in who had slipped and banged themselves.’

Adding: ‘It wasn’t funny at the time but it is really funny to watch, you can’t help but laugh. I would do it again – but without the fall.

‘So many people were telling me when I posted it that it was the best one yet. Then they were asking me if I was ok.’

Since the incident Amanda Davey is advising other participants not to run after the challenge before getting dry.

Telling: ‘You tell kids at swimming pools when they are little not to run as they will slip. But when you are freezing cold you don’t think about it.

‘My boys saw the video and thought it was hilarious, they were not even remotely concerned that I had hurt myself.

‘I went with a bang, but I am here to tell the tale. My advice to those doing it is don’t run anywhere. Stand and take it and get dried first.’ 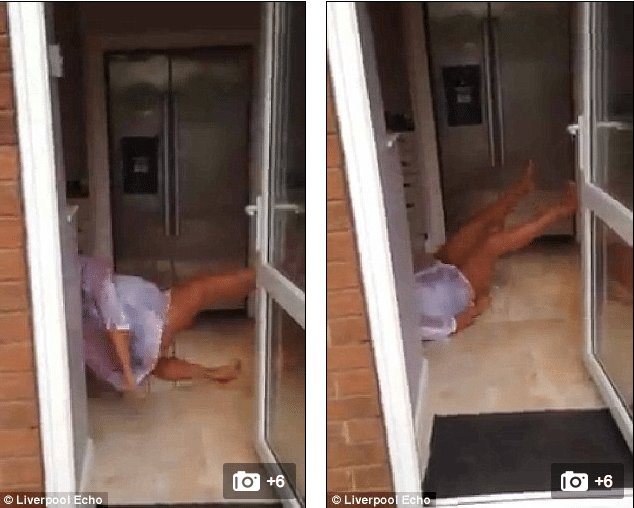