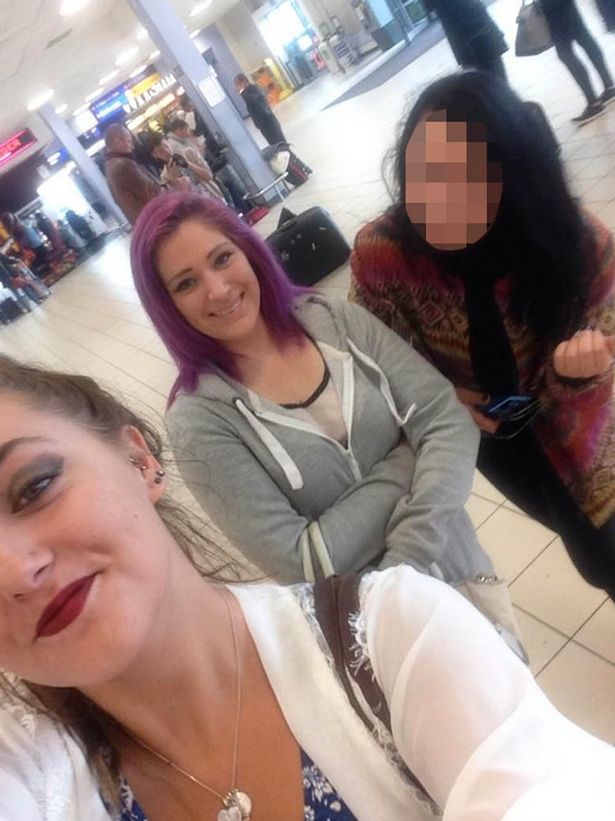 It seems the UK‘s Charlie Fisher, a cheating boyfriend has finally met his match(es) after finding himself cornered by three women who had taken to waiting for him at Luton airport after returning from a getaway.

Charlie, 20, had very little to say when he received the shock of his life when the three women he was three timing suddenly started calling out to him as he made his way off the plane: ‘liar, liar.’

The organizer of the surprise ‘greeting party,‘ Becky Connery, 17 told she had planned the (not so) welcome party after finding out her ‘love rat boyfriend had been texting a girl behind her back.’

Reiterated the bruised woman via the UK’s Sun: ‘He came out and froze,’

‘We started calling him a cheat and a liar really loudly. He didn’t have anything to say.’

After realizing she was being played, Becky  got in touch with the 20-year-old girl – who has declined to be publicly identified and together, the pair found a third girl through Facebook, Lizzie Leeland-Cunningham.

‘I just wanted to see his face when all three of us were in the same place,’ Lizzie, 19, told The Sun.

Becky later said that after confronting her cheating ex, he ‘ran to his nana’.

Charlie, from Hertfordshire, Becky would tell would ‘invent friends and lie about family commitments in order to juggle the his extra curricular pursuits…’ 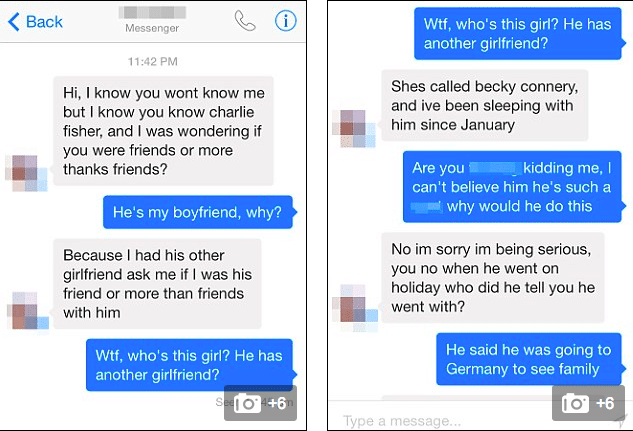 Since the fracas, social media has been full of praise of the trio, with one user calling it ‘legendary’.

‘I have to say, fantastic,’ wrote another.

‘Hope you gave him what he deserved, the selfish sod.’ told one user.

That said, Becky has been forced to defend her actions (are you surprised?), with some Twitter users telling her the only thing she’d achieved was embarrassing herself, whilst others congratulating Charlie for playing the field, which is to wonder how embedded attitudes against women really are?

Told one user on the web: ‘Charlie, you’re the man. You get “player of the year award”. Just don’t have any babies with them, bro.’

Whilst some social media users took to congratulating Charlie or condemning the girls (cause female victims are always to blame…) Becky Connery would respond in stride: ‘It’s not the 16th century anymore, the age of men being superior to women, that is why I think he deserved to be exposed.’

Incidentally Charlie, who lives with his parents, called in sick from his job at Iceland supermarket yesterday. Can you guess why?