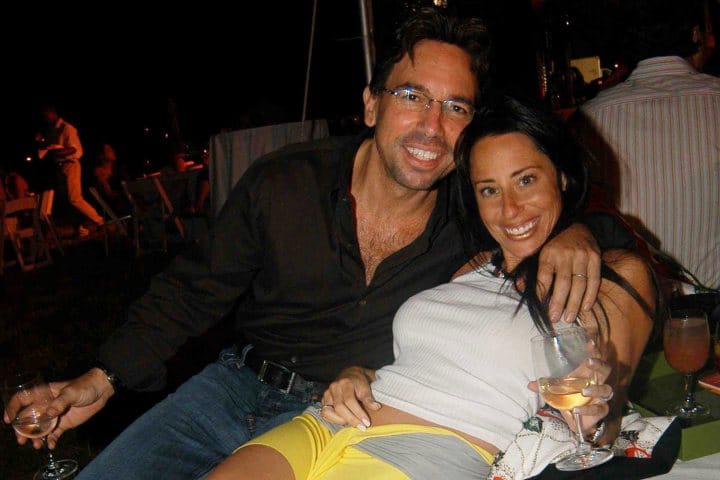 Brian Lederman a NY hedge fund manager who is keen to let you know he knows everyone in NYC and will have you never work again in the town if you upset him has been accused by Laura Ramadei, a Lucky Strike waitress and indie theater producer/actress of grabbing her derriere during one outing at the chic Soho eatery.

Responded the 57 year old married money manager to the nypost after a Facebook diatribe Ramadei placed where she intimately described the ‘misbehavior’ of Brian Lederman: ‘I’ve grabbed plenty of girls’ asses in my life,’

‘But I’ve never grabbed hers.’

Which is like saying, ‘I found a loaded gun why don’t you pull the trigger next time you catch me grabbing your derriere’.

Wrote the waitress who one assumes after 5 years of working as a server has had her fair share of sexual harassment that runs rampant in the service industry:

You came into the restaurant where I work and ordered a Stoli on the rocks. When I asked you and your companion if you’d be eating, or needing anything else from me, you put your hand – ever so gently – ON MY A** and asked if you could take me “to go”. When I immediately stepped away and said “Sorry, what?” you probably gathered that I was and am not receptive of such advances from customers. We were in a family-friendly restaurant, around 6:30pm, and I was wearing a loose-fitting, long sleeve shirt, jeans, and no makeup…so I’m not sure where the confusion arose as to what kind of service you were being provided.

Kids don’t you hate it when service folk have the audacity to talk back and not show you the skin that your paycheck is used to getting?

I deal with incredible amounts of entitlement, condescension, and drunk nonsense. And at a bar, it is impossible to ignore the fact that misogyny is alive and well. I can’t tell you how many times people have treated me horribly and I’ve memorized or photographed the names from their credit cards, fantasizing about internet revenge. But every time I’ve been tempted in the past (even after verbal attacks, physical affronts, or sexual harassment) I’ve stopped myself and let it go.

So congratulations, Brian! You’ve done it! You broke this tired ass camel’s back. And though this is obviously a public shaming, I truly don’t mean this as an attack. Maybe – just maybe – via the intimately connected internet world, my post will reach you, and you’ll learn something about how hurtful and upsetting a small comment or gesture might be. Or at the very least, maybe a Facebook passerby will read this and more deeply consider how they treat women, how they treat servers, and/or how they treat other people in general.

Adding ‘That f–king c–t, for her to do something like that is pretty ridiculous.’

Seems borderline misogynistic to me, but then again maybe calling women c**ts is just an affectionate ‘bro’ way of getting around life and charming them?

Reiterated the mack about town: ‘I will make sure she doesn’t get another job in New York City. I know everybody,’

‘The bar owners, the club owners—that’s a terrible thing to write about somebody.’

I don’t know kids, what’s more terrible? Manhandling one’s server who is just trying to make her tip to get on with life or that very server having the audacity to bring into question a big time hedge fund money manager’s conduct and the pervading antagonistic attitude so many men have towards women?

Laura has since handed her two week notice and has decided to hell with the sleaze behavior that is endemic and implicit when one is a female server, especially when one’s clientele includes men who refuse to understand that women are not sexual objects to conquer.