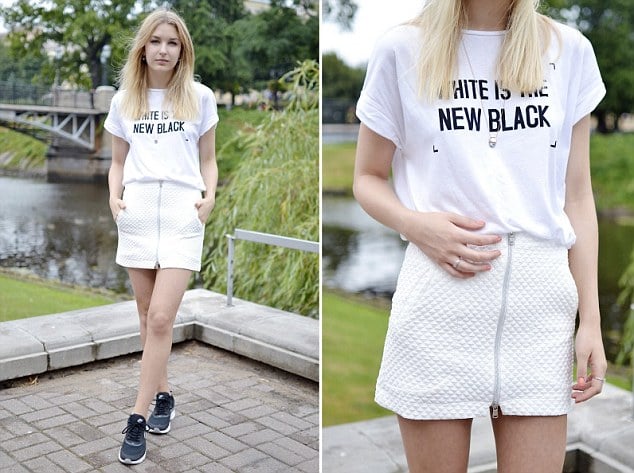 Fashion retailer Zara has found itself being accused of racism after the outlet launched a white t shirt with the words printed in black type: White is the new black.

Whilst the phrase might be a  a reference to the Netflix series “Orange is the New Black” or a spoof of the popular saying about what’s in fashion.

That said some have called foul on Zara, saying that the slogan has inflammatory undertones.

‘With all the uproar about cultural appropriation, did you really think it was a good idea to print a ‘White is the New Black’ shirt?’ one Twitter user, @QFTPC, railed.

Another fumed, ‘Dumb, why would you think creating a shirt that says ‘White is The New Black’ would not be controversial?’

Hint kids- Zara created exactly for the very reason it would be controversial. It’s called branding. American Apparel have been doing it for years with their provocative female body images.

The phrase’s apparent insensitivity the nypost would note could be due to a language barrier, some people said, noting the retailer is based in Spain. Nevertheless one can’t help but wonder if public reaction would be just as vocal had the slogan been embossed on a no thrills shirt made out of China? Which is to wonder are people simply miffed cause they have an expectation of how a particular brand ought to behave or assert themselves? Surely one has the liberty to choose not to buy the shirt as well?

Others have said the phrase is simply a play on the popular saying about what’s ‘in’ in fashion. Whilst others have wondered if those critical of the outlet’s play of words have themselves chosen to read racist overtures, in essence betraying their own sentiments. Whilst others have wondered since when was it a fashion line’s preoccupation to cater to what a majority/minority of people found morally objectionable or not?

Zara — which has several popular New York City branches — also sells a T-shirt that reads, ‘Leopard is the new black,’ in leopard-print letters.

The company didn’t immediately respond to a request for comment on Thursday about the T-shirt uproar.

It will not be too long before the words “Anglo-Saxon” are banned from the history books! 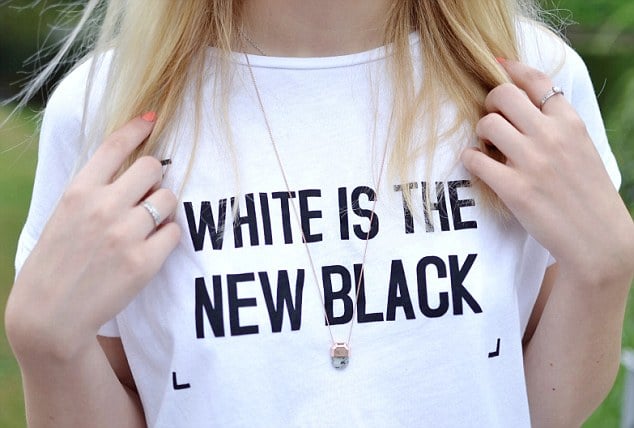 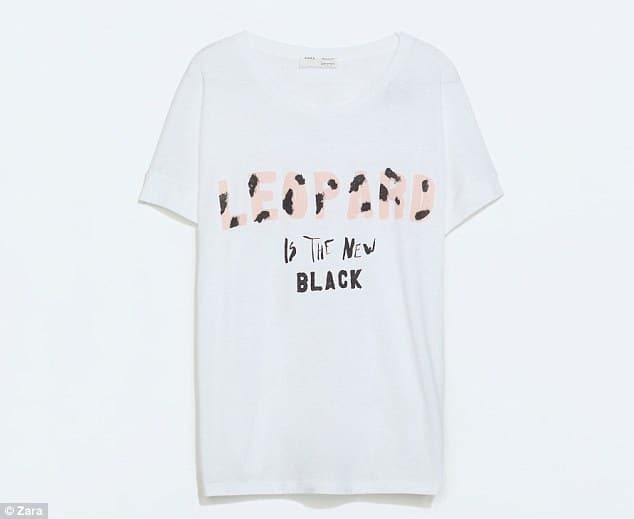