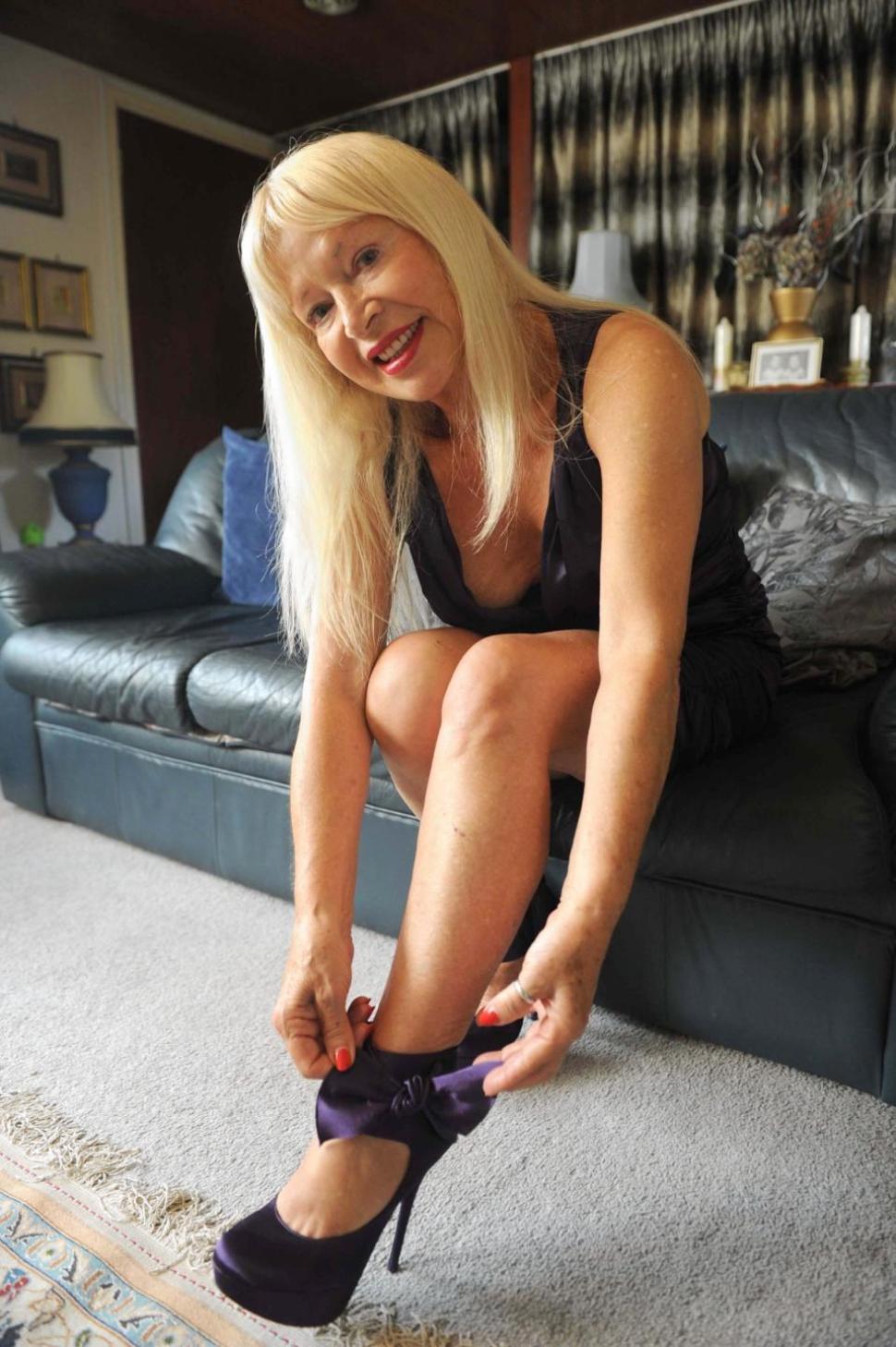 The UK‘s Jane Pesch may be a 73 year old widow, but that has hardly dampened the spirit of the Swadlincote, Derbys, pensioner who after having invested £10K ($16K USD) in recent plastic surgery enhancements is now on the hunt for a toy boy.

While Pesch’s friends are collecting  pensions, the widowed mother-of-three and great-great aunt flies across Europe to go under the knife in Poland to keep her size 10 figure and youthful looks in check.

She forks out £300 every two months on Botox to keep wrinkles at bay – and even spent £4,000 on a neck lift because she felt gravity was giving her age away.

With facelift and breast augmentation finally out of the way, and satisfied with her upped looks – and since husband Walter, an engineer, passed away three years ago, Jane Pesch has now turned her sights to internet dating with the hope of finding a toy boy to take her out on the town.

Told the retired secretary: ‘People are gobsmacked when I tell them I’m 73 – they think I’m joking.

‘Part of it is the way I look, but it’s down to my mind-set as well – I just don’t feel old. I have friends my age who dress much more conservatively than me who say, “I wish I could wear what you do.”

‘There’s nothing stopping them though – it’s just all in their head. Just because I’m in my eighth decade, I don’t see why I should fade into the background.

‘Some of my friends complain about ageing but I decided to do something about it. There is nothing wrong with a little bit of nip and tuck to keep myself looking as young as I feel.

‘Overall I’ve spent just under £10,000 on cosmetic procedures but I worked hard before I retired. I don’t see why I shouldn’t be able to use some of the hard-earned money I managed to save.’

Since joining dating site, match.com, Jane Pesch has had countless offers of dates from men in their 30s and 40s – and even one man who was just 26.

Told the effervescent pensioner: ‘I was flattered but I had to say no. That’s just too young for me, he wouldn’t have been mature enough.

‘At first I had my real age on my profile but kept getting requests from men in their eighties.

‘Now I put myself down as ten years younger and I regularly get men in their 30s or 40s getting in touch. I don’t feel my age so I really don’t see why I should be going around with old men.’

In order to remain svelte, Jane spends up to half an hour each morning on her exercise bike.

Nevertheless, Jane Pesch confesses she was forced to resort to surgery to get rid of some of the real indicators of age and in the 80s – after she had had her three children – she had a breast augmentation.

She has since had a face lift and neck lift to remove some of her most obvious wrinkles, and maintains her smooth skin with £300 worth of Botox every few months.

To boot, Jane also has more than 50 pairs of heels – worth almost £3,000 – and a massive collection of figure-hugging dresses.

Would you have thought otherwise?

Reiterates Jane: ‘Sometimes my boys will raise an eyebrow at what I’m wearing but they know better than to lecture me.

‘They can be very protective of me – almost parental – but I’m a grown woman and I can look after myself.

‘They also know I’m not looking to replace their dad – nobody ever could.

Isn’t it time you reached out to Jane Pesch’s dating profile in the not too distant future too…? 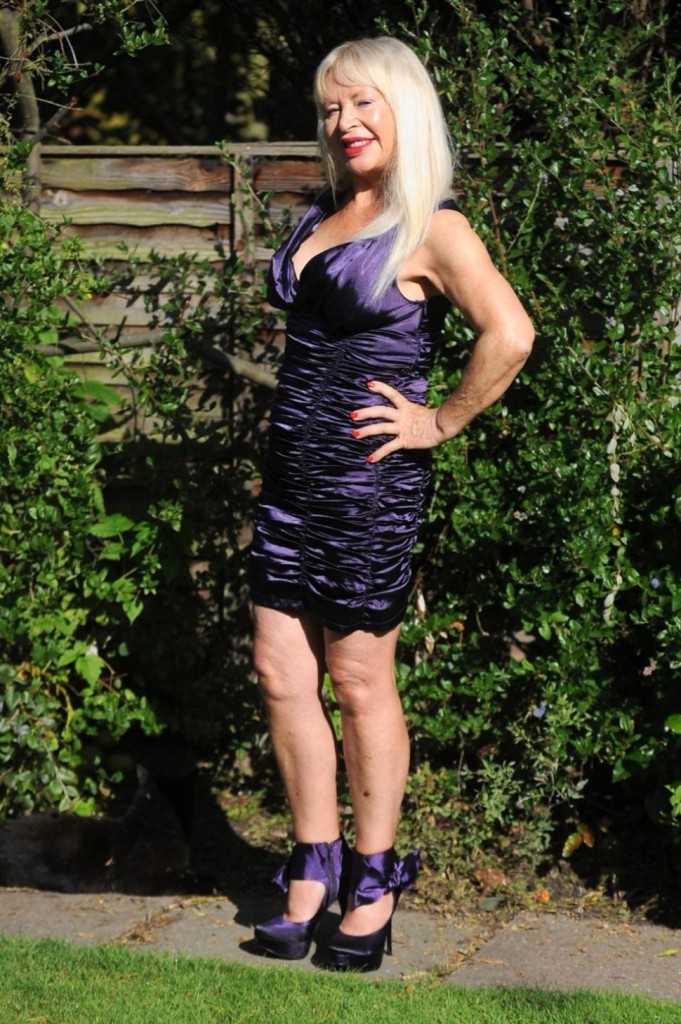