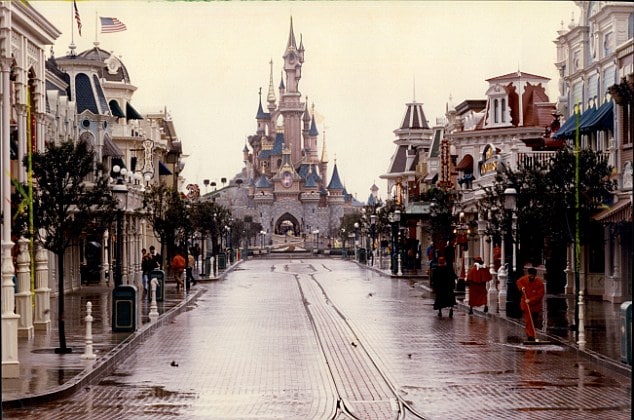 UK mother Justine Sharples has expressed mortification after she was told she would have to pay an additional $48K (30K pounds) for the use of a hotel fridge in her room as part of a package deal with Disneyland Paris. This despite the mother’s previous insistence she bring a portable one along for her year old three son stricken with cancer who needs constant care and access to medication that needs to be frozen.

At the time of the initial booking, the mother who wished to afford her son a dream Disney trip was quoted the figure of 4563 pounds ($7392 USD) for a four day trip. Yet that figure would jump an additional 30K pounds ($50K USD) upon discovering there was no fridge to store vital medicine for her seriously ill son.

Justine Sharples says Disney insisted the cost was high because the only accommodation at the resort with a fridge was their Sleeping Beauty suite, ‘used by celebrities’. Which is to suggest if your whims include personal fridges be prepared to pay for such ‘luxuries.’

The mother would tell that she was offered the use of a fridge in the Disneyland Hotel’s reception but explained this was impractical as she has to get up three times nightly to administer drugs and catheterise Matthew.

Upon asking if she could bring her own fridge, or pay extra for one in a standard room, the mother’s request was denied because it was ‘against hotel policy’.

Reiterated the mother via the UK’s dailymail: ‘Disney is everything Matthew loves. He so wants to see Buzz Lightyear and the other characters. We don’t know how long we’ve got him for because his condition, called PUV, is life-threatening.

‘The fridge is essential because we have to store two litres of special feed and three litres of cooled boiled water every day. That’s in addition to all his drugs.’

Justine Sharpley and her husband John along with their three other children had been given a £500 grant by the charity Family Fund, which helps provide holidays for seriously ill children. Matthew’s illness is a congenital anomaly causing a blockage in the urethra leading to further complications, including, in Matthew’s case, acute renal failure and a damaged bladder and colon.

He is unable to eat normally and survives on baby milk pumped through a tube directly into his stomach.

His life depends on a 12-times-daily cocktail of drugs – all of which must be refrigerated – and his mother has to catheterise him every two hours.

It wouldn’t be until Disneyland Paris was contacted by the dailymail that a spokeswoman said there had been a ‘misunderstanding’ with hotel booking staff. Within hours, the Sharples were assured a fridge would be provided – along with complimentary VIP tickets.

Offered the spokeswoman: ‘Mrs Sharples has booked two rooms with Disneyland Paris. One will come with a portable fridge to accommodate medicine for her son Matthew.

‘We sincerely regret any misunderstanding that occurred. Disneyland Paris works with around 80 different wish-giving associations across Europe and we warmly welcome children who require special care.’