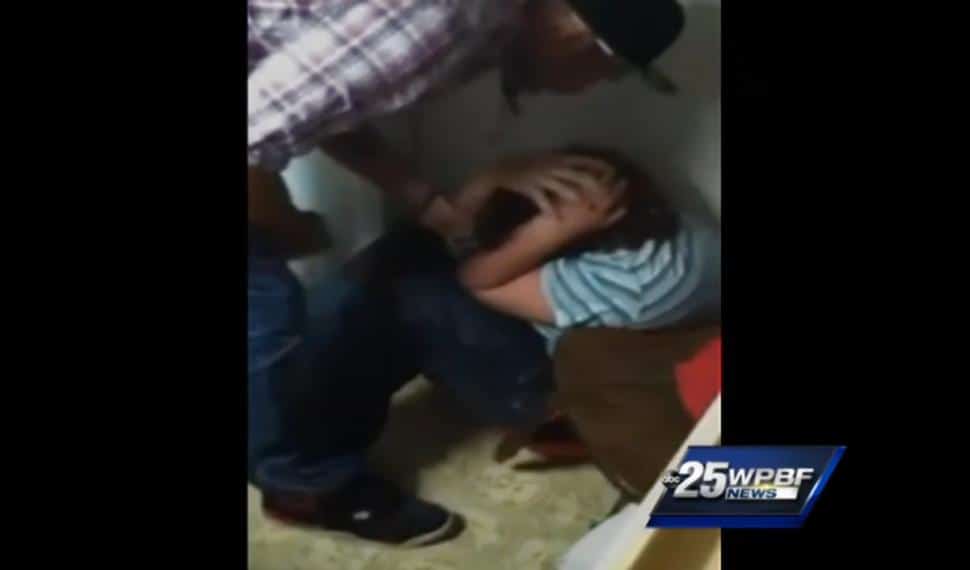 In light of the savage beating of 16 year old autistic teen Aaron Hill at the hands of Andrew Wheeler questions have been raised as to why the 18 year old youth came to be charged only with third degree felony assault and whether cops have sought to distance themselves from the incident in light of claims that those who came to witness the incident and cheer it on are connected to local police enforcement agents?

The beating which took place on August 10 at a Okeechobee, Florida house party came to attract fervent attention after a video of the beating posted on Facebook began to go viral under the hashtag,  #JusticeForAaron

Explains WPTV: The victim told detectives he was invited to a party on SW 9th Street in Okeechobee last Friday where he drank alcohol and was then told to go outside and fight someone.

The teen said when he refused 18-year-old Andrew Wheeler was called.

After Wheeler arrived, the victim says Andrew began beating the teen. In the incident report he claims Wheeler followed him outside, choked him until he lost consciousness and struck him in the face.

A police officer later found the victim after midnight lying in the road on Southwest 6th Street. He was then transported to a hospital.

A doctor said the victim suffered a sprained neck, facial and scalp contusions and a concussion.

When cops finally apprehended Andrew Wheeler who by now had taken to bragging about the beating he gave on Facebook, Wheeler would argue that he had resorted to violence because ‘there was ‘a drunk guy’ at a party who wouldn’t leave.’ 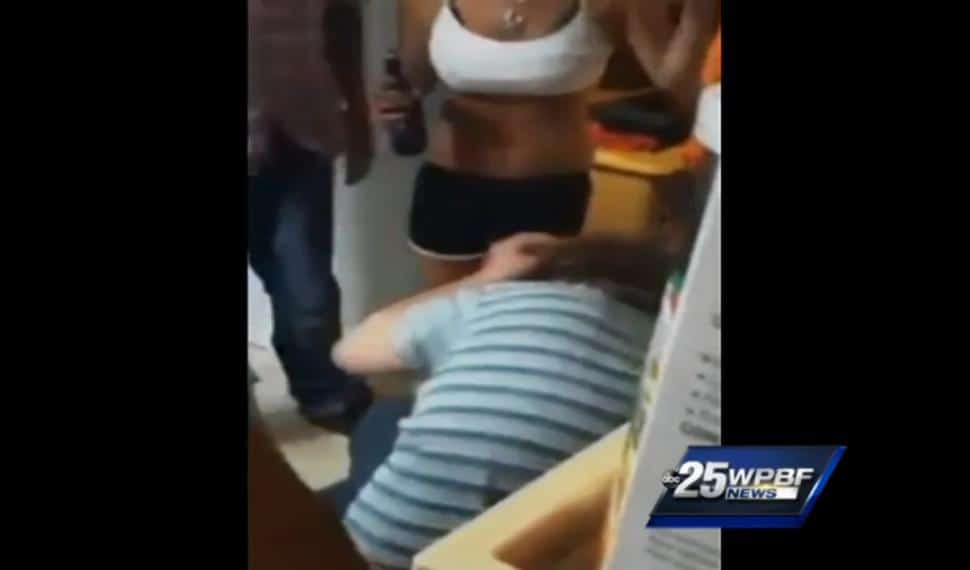 Yet despite Wheeler’s assertion that he was simply trying to get an errant guest to leave, some have taken to calling that assertion an outright lie, telling instead that the beating had in fact been a direct set up, where the autistic teen had been invited for the express purpose simply so the group could beat him up.

Told the facebook group posting which seeks justice for the beaten autistic teen: Aaron Hill is a disabled boy in Okeechobee who was lured out of his home by a girl claiming to want to go on a date. Once to the location she chose, he was ambushed by Andrew Wheeler and a gang of at least 8 other people. Andrew beat him senseless, held a knife to his throat, And told him he was going to shoot and kill him. This was filmed the whole time, but currently this is the only video I can get a hold of. The video was on Andrew’s facebook and he went around bragging about his crime. He was arrested, but only charged with minor assault and no charges or arrests are being made on the others involved.

But here’s where things get very murky and has incensed social media users. Continues the post:

Some of the others involved have family in the Okeechobee police department and also DCF. One of the parents even destroyed evidence to protect their guilty little brat. So now the Okeechobee Police Department are trying to bury this story because some of the kids have ties to the department.

Asked whether his department tried to cover up aspects of the Andrew Wheeler beating attack because some partygoers allegedly had connections to the police, Okeechobee City Police Chief Denny Davis told WPBF-TV that he and his officers were upset about the accusations but emphatically denied police had purposefully stalled the investigation of the incident or where protecting witnesses who had witnessed and purportedly encouraged the beating.

Told Davis: ‘I think the video is disgusting,’

‘It is just as upsetting to myself and my officers as it is to anyone else that viewed it. Absolutely no way would we ever attempt to cover up anything like that. So it’s very disturbing.’

And then there’s this tumblr posting that has since made the rounds that made me wonder as well:

The video was on Andrew’s facebook and he went around bragging about his crime. He was arrested, but only charged with minor assault and no charges or arrests are being made on the others involved. Some of the others involved have family in the Okeechobee police department and also DCF. One of the parents even destroyed evidence to protect their guilty little brat. So now the Okeechobee Police Department are trying to bury this story because some of the kids have ties to the department. We’re asking everyone to spread this around that we want justice for Aaron, that if anyone has a copy of the video please take it to the media. We need all media outlets to know this is a cover up and we will not accept it. Please download and spread this video. We’re using the hashtag JusticeForAaron.

PLEASE, if you have it, PLEASE make a copy and take it to all media, ALL MEDIA, not just Okeechobee I’m talking surrounding counties. This is extremely important. Aaron and his mother are getting death threats and they deserve justice. We need more people! Okeechobee is a little town run by the Good Ole Boys. Ferguson is allowing them to think this is okay. News channel 25 contact them at web@wpbf.com or 5616942525! We need this to blow up to make this stop. In the wake of Michael Brown and the others that have been hurt by police, we cannot let them bury this like a bunch of crime lords. Their job is to protect us, not protect the guilty from justice. And by the way there’s been ANOTHER unarmed black man killed by police. He was shot in the back and he was complying with police orders. He was also mentally handicapped. This. Needs. To. Stop.

Please, signal boost the HELL out of this. #JusticeForAaron