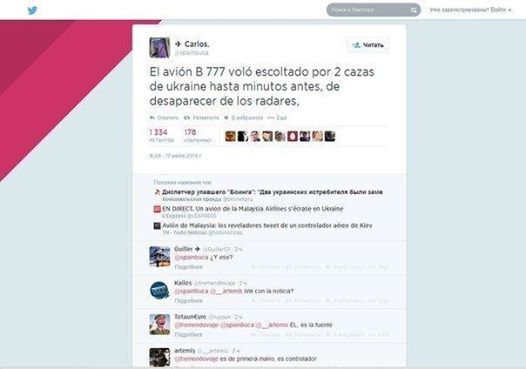 In a disturbing report, revelations have been made that a Kiev air traffic controller, a Spanish citizen was taken off duty as a civil air-traffic controller along with other foreigners immediately after a Malaysia Airlines flight MH17  was shot down over the Eastern Ukraine killing 295 passengers and crew on board.

Etn would further tell that the air traffic controller suggested in a private evaluation and basing it on military sources in Kiev, that the Ukrainian military was behind this shoot down. Radar records were immediately confiscated after it became clear a passenger jet was shot down.

Military air traffic controllers in internal communication acknowledged the military was involved, and some military chatter said they did not know where the order to shoot down the plane originated from.

Continues the report: Obviously it happened after a series of errors, since the very same plane was escorted by two Ukrainian fighter jets until 3 minutes before it disappeared from radar.

But it’s the offering of the following information which raises the question of Ukrainian complicity and possible motive as some have wondered on the web to drag the US and European alliances into the quagmire against Russian interests.

Continues the report: Radar screen shots also show an unexplained change of course of the Malaysian Boeing. The change of course took the aircraft directly over the Eastern Ukraine conflict region.

Some tweets received suggest this may have been a secret military uprising against the current Ukrainian president under the direction of formerly-jailed Prime Minister Timoshenko.

ETN would also offer the following statement raising the specter that this information may not be entirely true: The information in this article is not independently confirmed and based on the statement of one airline controller and other tweets received.

Nevertheless despite the existence of Carlos’ purported tweeter posts, there are serious questions about Carlos’ identity.

Reports latino.foxnews (coincidently the only mainstream media entity to date to report on the purported twitter account) this afternoon:  The Spain Report, an English-language online newspaper based in that country

, contacted the Spanish embassy in Kiev asking about Carlos and was told, “We have no knowledge of ‘Carlos’ having been in Ukraine. There is no record of his passing through the Consulate, and no one from the (relatively small) Spanish colony knows him.”

The statement went on to say that all of the air traffic controllers at the airport where he claimed to work “are Ukranian, and that in any case they have never employed any Spaniard for that or any other task [at the airport].”

With a variety of commentators on the web contemplating:

This is crazy if true. The western media will now push as hard as they can to hide the truth and accuse Russia. I believe more to a foreign traffic controller tweeting live than to US propaganda. This person can be identified by coworkers to really be the author. Then a shitstorm will happen. 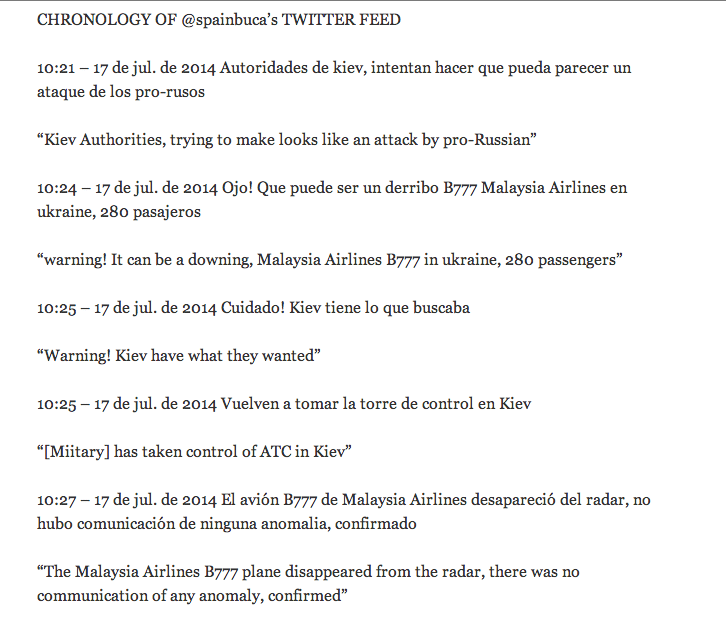 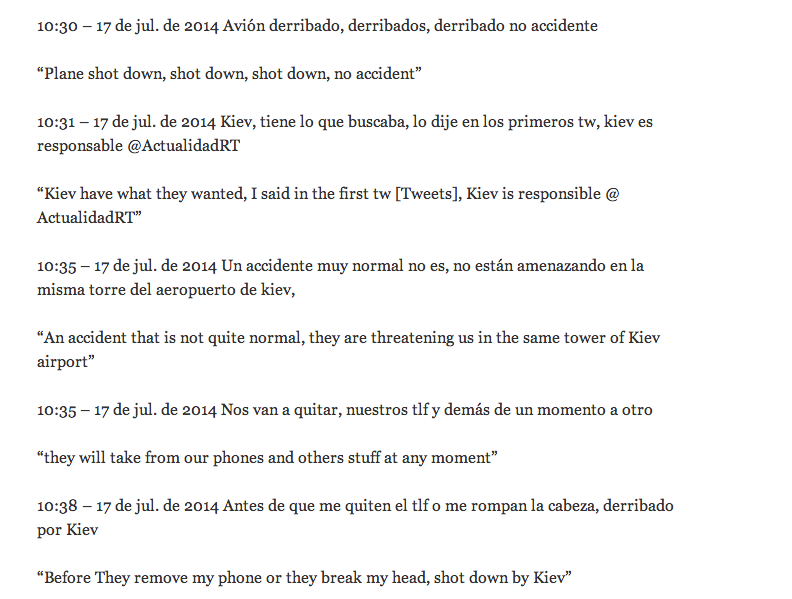 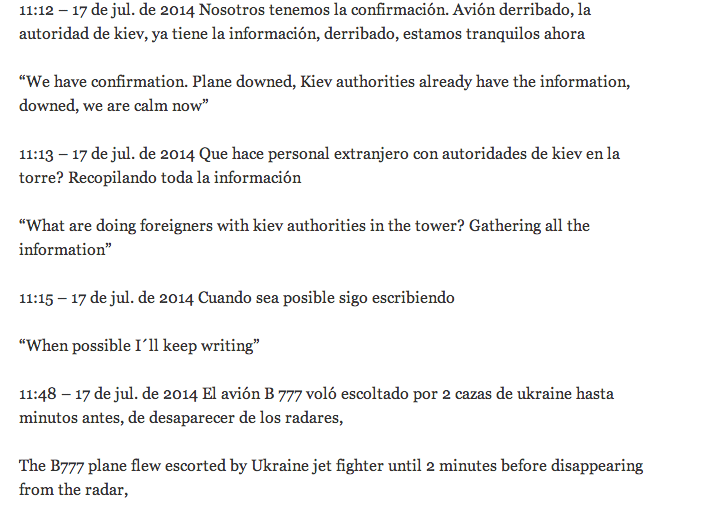 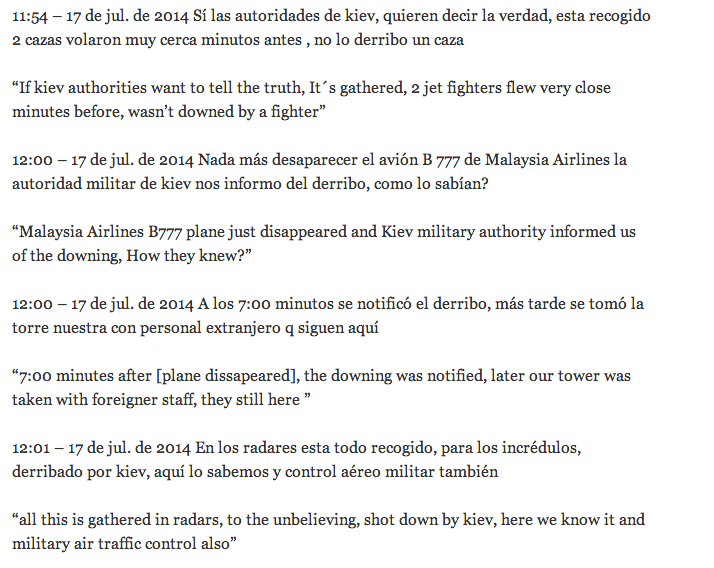 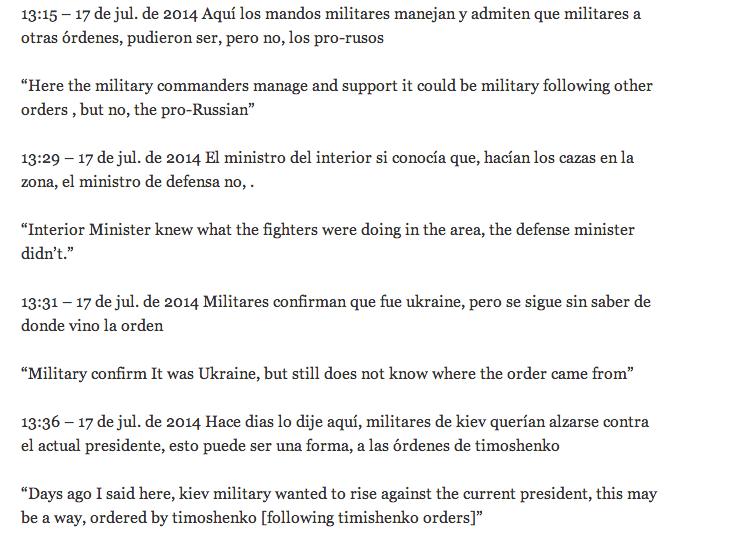 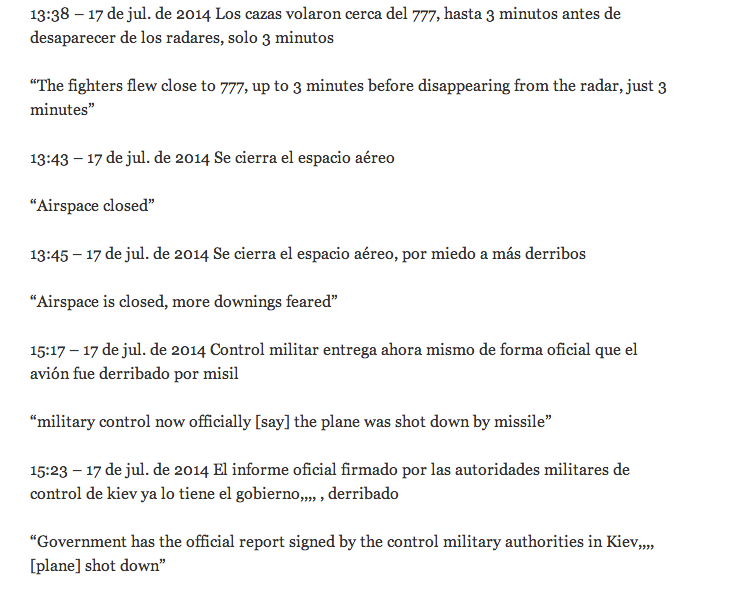 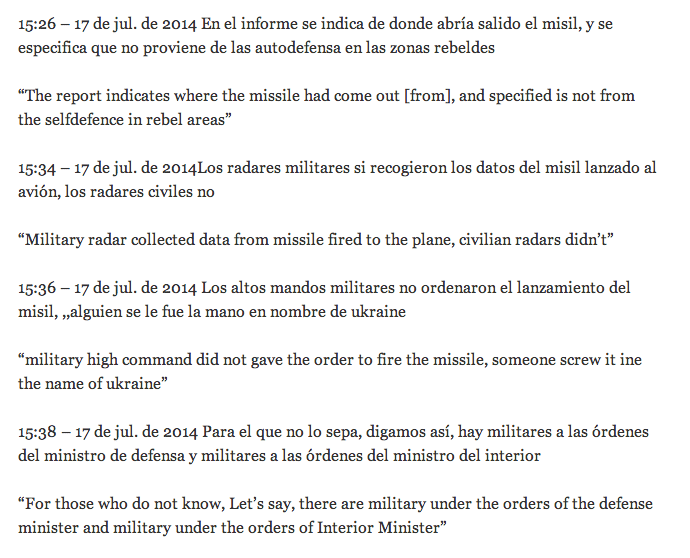 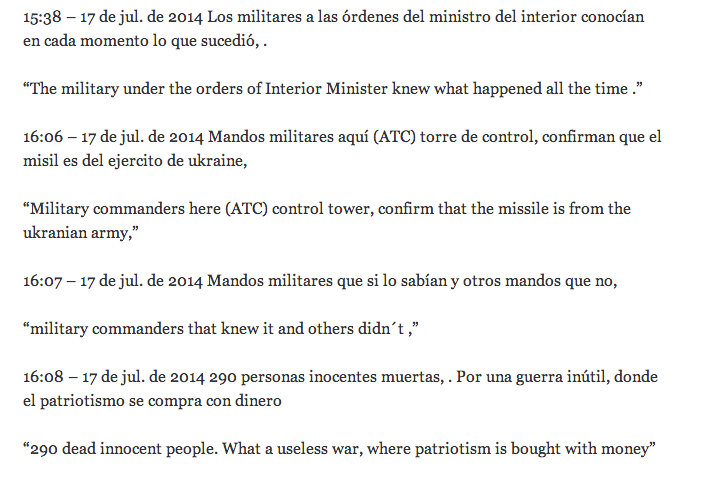 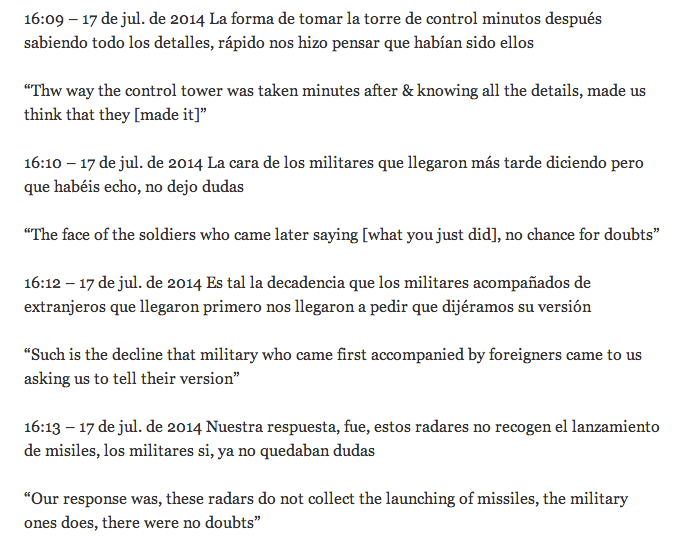