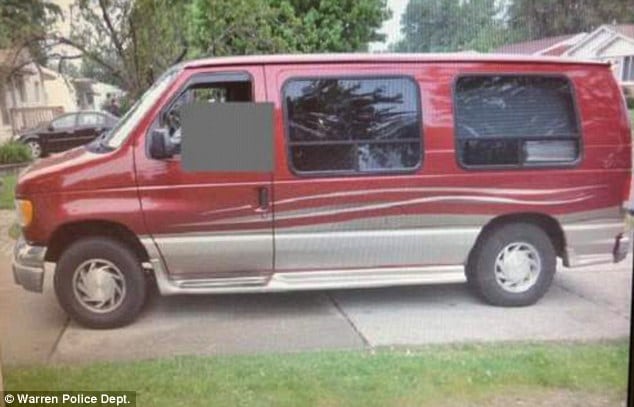 Ray Tomlinson, 62 has told whilst driving his girlfriend home to Michigan from Arizona after she checked herself out of a mental health facility she came to die. But rather than stop and notify authorities he instead chose to drive for another 24 hours cross country on account of the  fact he ‘cared too much to stop.’

During the trek Tomlinson had also brought along his 93-year-old wheelchair-bound mother figuring that she would probably enjoy the journey. At the time when the girlfriend, who was coincidentally half Tomlinson’s age, came to die she was sitting in the passenger seat where she would come to remain during the course of the road trip.

The girlfriend, who has not been identified by police as they try to contact her next of kin, had previously been homeless and had a history of drug abuse.

To date it is not clear as to why the girlfriend had checked into the mental facility, nevertheless The Detroit Free Press reports that the woman had signed herself out of the facility on May 28 and left with Tomlinson and his mother.

Prior to leaving, the facility would later tell that the girlfriend had several prescriptions filled, including one for 30 OxyContin, with Tomlinson failing to suspect anything was wrong after they made a stop for gas in Flagstaff, Arizona where she used the restroom.

Reiterated Warren Police Detective Sgt. Stephen Mills: ‘He says, “I’m not stopping. I’ll get a hold of them when I get to Michigan,”‘

After the stop in Flagstaff, someone at the mental health facility in Arizona called the woman’s cellphone to check on her.

The caller told Tomlinson to immediately contact police. He didn’t and later told investigators he was afraid police would arrest them and seize his van.

The facility in the interim filed a missing persons report with the police contacting Tomlinson on Tuesday.

‘I was in total denial,’ told Ray Tomlinson when finally confronted by cops.

When officers arrived Tuesday at Tomlinson’s son’s home in Warren, just north of Detroit, Tomlinson was weeping on the curb and his mother was in her wheelchair in the back of the van.

The dead woman’s corpse was in the front passenger seat wearing a seatbelt and sunglasses and Tomlinson told police he kept driving because based on Internet research he did on his phone, he thought he had 48 hours before he needed to take the woman to a morgue.

‘She obviously had been dead for at least 24 hours in screeching heat,’ reiterated Commissioner Green.

Tomlinson would explain how the year before when he first met the woman she was homeless as she waited for her then boyfriend to be released from jail.

He said he fell for her and helped her to get back on her feet – but she returned to Arizona several times to seek help.

He said their relationship eventually blossomed into romance.

‘I loved her very much,’ Tomlinson said to The Detroit Free Press.

When asked if he would have done things differently, he said, ‘Yes.’

Authorities are awaiting toxicology results from an autopsy performed on the body of the 31-year-old woman who died.

Tomlinson has not been arrested and the case is under investigation.