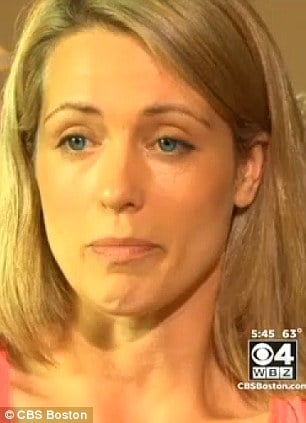 Update: JetBlue apologized to Jennifer Devereaux on Saturday, offering her a full credit and $5,000 to the charity of her choice.  Devereaux has since told this is the best response they could have received.

Original story: Jennifer Devereaux a mother of two has taken to social media (@jennydevphoto) to express her livid outrage after a JetBlue flight attendant failed to assist her three year old daughter when she came to have a bathroom mishap whilst the plane waited on the tarmac. The child would go on to soil herself despite the mother’s desperate pleas.

Jennifer Devereaux, a photographer from West Newton, was returning home from New York Monday when she says the 30-minute trip aboard JetBlue Flight 518 turned into a nightmare for her and her two daughters.

The plane was sitting on the tarmac at John F Kennedy International Airport for about 30 minutes when Devereaux’s daughter Summer said she needed to use the restroom.

Unable to hold on any longer, three year old Summer would come to relieve herself in her seat.

‘It wasn’t about bad customer service at that point, it was about bad human decency. My daughter was sitting in a pool of urine and I couldn’t do anything about it,’ Deveraux told CBS Boston. ‘And as a mom it just broke my heart.’

With no napkins or towels on hand, the mother was incredulously forced to use her own sweater to soak up the mess.

As she was trying to tidy up, Jennifer Devereaux told the flight attendant once again yelled at her.

‘And I said, “Please give me a break. My daughter had an accident because you wouldn’t let me take her to the bathroom. After I clean it up I will sit down.” She turned around and reported it to the pilot,’ said Devereaux.

And now the ultimate humiliation….

As the plane now turned around, returning to the gate, the captain came to announce on the PA system that the flight was being made to return to the gate on account of a non-compliant passenger who would be removed by security guards.

Growing fearful, the mother fortunately was able to convince an off-duty pilot sitting in front of her to convince his colleagues in the cockpit to let her stay.

Upon returning home to West Newton, the mother of two penned a complaint to the airline demanding an apology for the flight crew’s behavior towards her family.

JetBlue have since responded that they are investigating the incident.

Taking to twitter, Jennifer Devereaux would tell in the 10 years she had been flying JetBlue, Monday’s trip was the worst experience of her life.

She also called on the airline to fire the flight attendant, whom she identified as ‘Karen,’ for treating her family ‘like garbage.’

JetBlue in turn tweeted back at Devereaux, apologizing for failing to provide her ‘the JetBlue experience’ and asking to hear more details.

In a later tweet, JetBlue promised to have a customer representative reach out to her as soon as possible.

‘They can’t treat kids and families like this,’ she told the station WCVB. ’It’s completely crazy.’

Other Twitter users came to the mother’s defense, calling out the airline for the staffer’s conduct and failing to appreciate that the child’s needs did in fact qualify as an emergency.

That said other twitter users came also to single out the mother, calling her a ‘drama queen’ and failing to understand that the flight attendant was simply doing her job as tarmac congestion and moving traffic necessitates that all passengers stay in their seats.

Others came to question why the mother had failed to get her daughter to go to the bathroom prior to boarding.

Responding to criticism JetBlue would later tell that they were bound by very strict FAA regulations when a plane is on the tarmac.

Jennifer Devereaux said JetBlue eventually offered her a $50 credit, but it will likely go unused since she has vowed never to fly with the airline again. 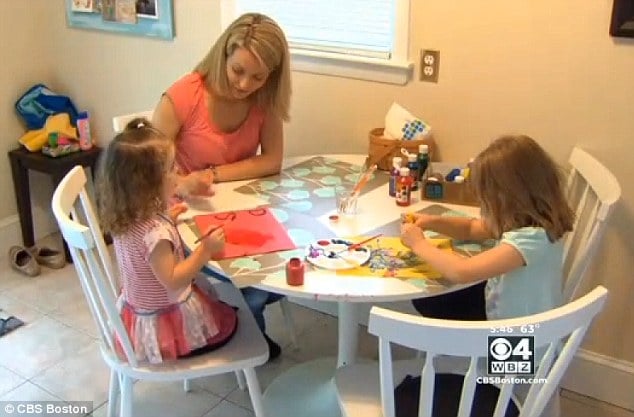