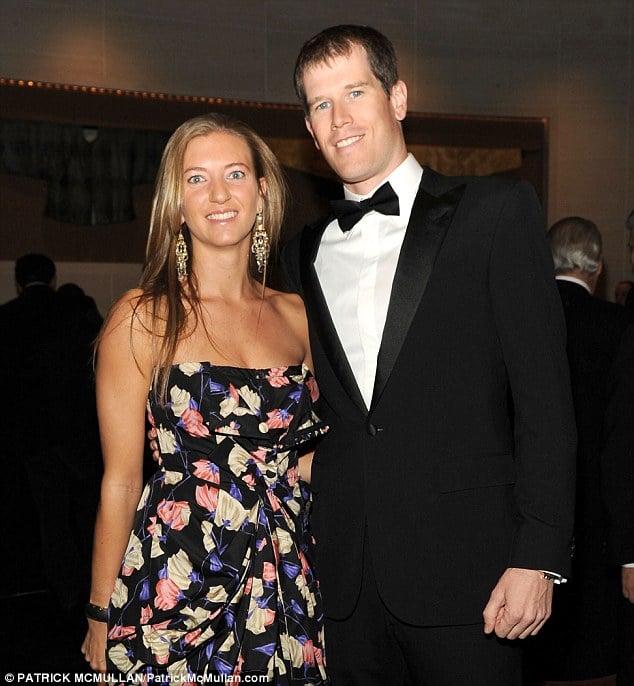 Newly married power couple, Alexandra Steel, 31 and groom James Scott, 37 have come to piss off the Aspen community after the pair proceeded yesterday to wed within the precinct of what many in the community accused to be a hideous garish man made structure.

The structure, said to house a temporary dance floor, chapel and reception area, in anticipation of a guest list exceeding 5000 people constructed on the summit of Little Annie Basin, near Aspen, Colorado in lieu of the couple’s wedding would come in ensuing weeks to receive an avalanche of criticism, with many slighted by the couple’s seemingly disregard for the harm the 27 000 foot structure would cause to the local environment.

Other cited recriminations included long traffic jams as a result of the structure requiring up to 50 trucks hauling heavy scaffolding along with the abject disregard of long standing wishes of the community who would be forced to deal with the consequences of the structure’s aftermath.

‘The impacts will be felt with the vegetation and ground recovery . . . There was no notice to the neighbors about the impact of all the activity. There’s no type of erosion control.’

In April, Miller requested a commercial-use permit from Pitkin County officials for the wedding.

County planning staffers initially rejected the request, citing the ‘scale and intensity of the operation.’

But a month later, Miller successfully petitioned the county, offering the wedding was no longer ‘commercial.’ Telling that  he wouldn’t be charging the couple — after learning the bride’s father was Robert Steel, a chair of The Aspen Institute and former deputy mayor for economic development in New York City. Which is backhand talk for rich people have a way of getting others to do their bidding… 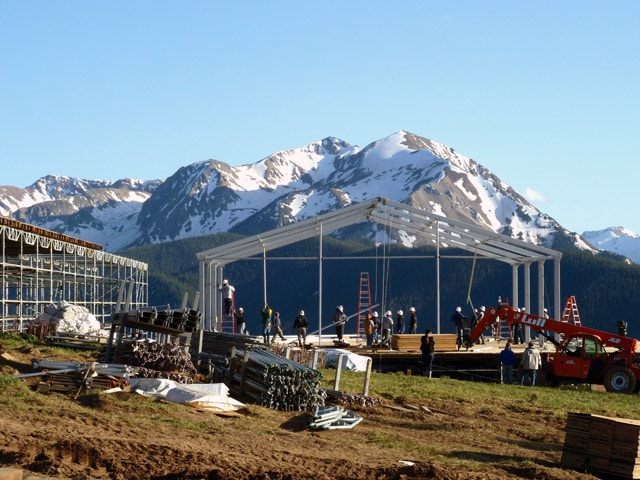 Offered long time local, Pete Stouffer: ‘It’s a stab in the back for all of us up there, completely,’

‘John knows how we all feel. He’s sold property to a lot of the residents up there. He knows people’s desire to protect that area. We all support the rural and remote designations and work within the limitations of that. For John Miller to throw this into a loophole and flaunt this, he’s stabbed every resident in the back. I’m really disappointed with him.’

Since yesterday’s wedding, irate locals have argued that the once pristine natural area could take years to recover.

‘The intensity of this event is extraordinary. It’s quite the ordeal,’ said Cindy Houben, head of the Pitkin County Community Development Department.

Adding: ‘They’re not doing anything illegal, but the intensity of this event is extraordinary

‘There’s a lot of concern regarding the recovery of the basin after this event.

‘It’s a sub-alpine environment. Recovery in that area could take years.’

‘It’s unfortunate people come to our county because of the beauty and bring their values with them while not caring or not understanding our values,’ he said.

Adding: ‘It brings to mind the concept of the ugly American,’

Whilst conceding the nuptials were a huge undertaking, wedding planner, John Miller would come in the ensuing days to urge critics to chill out.

‘The wedding is a larger project than I thought it would be. However, the interruption it is causing is for a very short time,’ he said in a June 12 letter to The Aspen Times. ‘Can we just live and let live, sit back and enjoy where we are privileged to live?’

Alexandra Steel is a noted socialite in NYC. Asked for comment the philanthropist’s daughter declined to comment. Can anyone guess why?