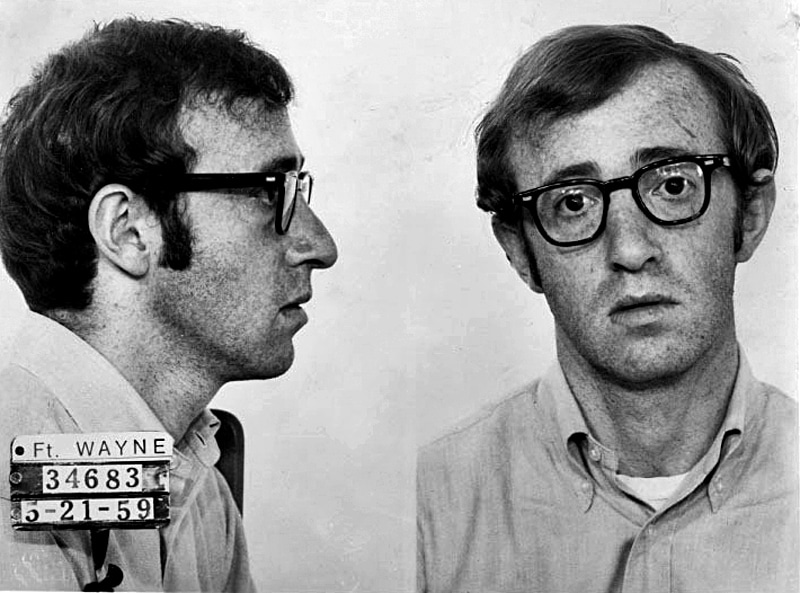 Woody Allen has this afternoon responded to the charges of sexual abuse leveled at him in an open letter by his adopted daughter Dylan Farrow. Told his publicist:

“Mr. Allen has read the article and found it untrue and disgraceful. He will be responding very soon.

“At the time, a thorough investigation was conducted by court appointed independent experts. The experts concluded there was no credible evidence of molestation; that Dylan Farrow had an inability to distinguish between fantasy and reality; and that Dylan Farrow had likely been coached by her mother Mia Farrow. No charges were ever filed.”

And then there was this response via attorney Elkan Abramowitz which read as follows:

It is tragic that after 20 years a story engineered by a vengeful lover resurfaces after it was fully vetted and rejected by independent authorities. The one to blame for Dylan’s distress is neither Dylan nor Woody Allen.

This follows in stark contrast to a chance run in last night with a TMZ photographer who was on his way to a Knicks game, when Woody Allen rebuffed the photographer’s efforts to seek whether or not he sexually molested his adoptive daughter, Dylan Farrow. The paparazzo’s sighting came a mere few hours after Dylan Farrow’s open letter to the nyt’s.

At the time, the famed director pretended he did not notice the paparazzo as he attended to his accompanying family.

It’s not the first time the famed director has been confronted by the accusations. In 1993 investigators reacting to assertions by Mia Farrow, Allen’s then girlfriend and the adoptive parent of Dylan Farrow determined that there was not enough evidence to pursue matters in court. At the time Woody Allen vehemently denied any wrong doing.

In response to Dylan’s letter, Allen declined to comment to Kristof, on whose column the letter appeared. In his preamble preceding Dylan’s letter, Kristof admits that we can never know what actually occurred between the 78-year-old filmmaker and his daughter.

Nevertheless he does offer the following: ‘Yet the Golden Globes sided with Allen, in effect accusing Dylan either of lying or of not mattering,’

‘That’s the message that celebrities in film, music and sports too often send to abuse victims.’

Since the launch of Dylan Farrow’s letter, commentators on the web have wondered whether Woody Allen will launch a lawsuit to force Dylan Farrow to cease and desist? Yet that too will only serve to draw more attention to the issue something that the filmmaker will be looking to put aside him.

The letter comes on the back of the legendary film maker being celebrated for a recent Golden Globe lifetime achievement which saw a volley of tweets from Mia Farrow and her son Ronan publicly condemning Woody Allen’s award by Hollywood (who Dylan Farrow goes on to single out by name in her letter below as abetting despite Allen’s transgressions) and calling into question whether Hollywood had actually come to recognize the ‘real’ man that they were honoring.

Commentators on the web have also wondered to what degree Mia Farrow may have implored her adoptive daughter to go after the film maker and whether she may have drilled thoughts and ‘fantasy’ into her then vulnerable daughter?

While some have gone to wonder whether Hollywood bears moral culpability in celebrating an accused child molester others have retorted due process is in order.

Told one commentator: So he’s only free because he manipulated his celebrity? No, he is free because an inquest at the time found the girls stories inconsistent and there was no evidence and in fact multiple witnesses that said there was no way that happened at the time stated. Is it morally alright for us to blindly believe anyone who accuses another of such a heinous crime just so long as they do it on a huge public platform? We will never know what happened but we do know that this was investigated and the professional investigators found nothing.

With respect to bringing charges back on Woody Allen, Former Litchfield County state attorney Frank Maco who first investigated claims of sexual abuse against the film maker told in a phone interview Sunday with The Associated Press that the statute of limitations on adopted daughter Dylan Farrow’s accusations ran out at least 15 years ago.

Despite the statute of limitations of being out, many on the web have since applauded Dylan Farrow for speaking out and brining awareness to the misappropriation of females and children at the hands of not just Hollywood entities but the continued denunciation of women in general.