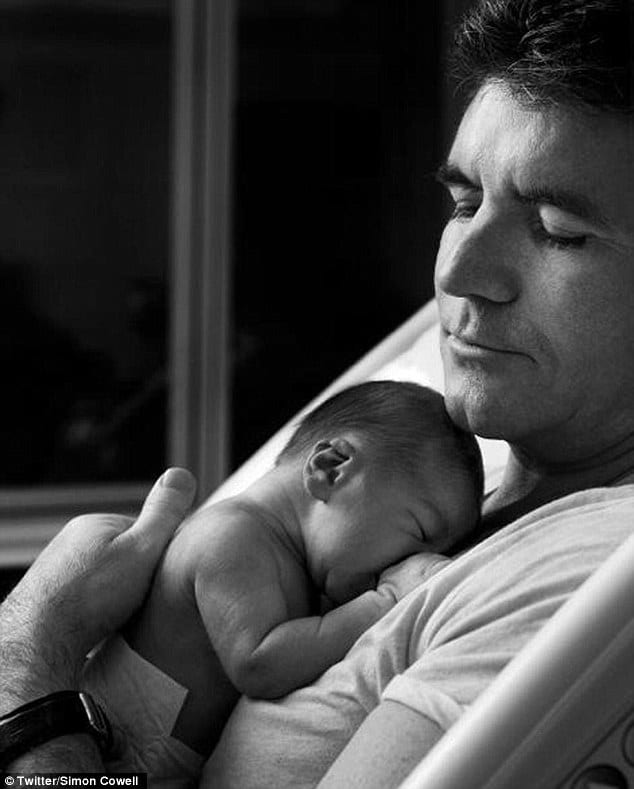 Social media has been in a flutter since Simon Cowell has shared images of newborn son, Eric on twitter.

Posting a series of black and white images in his twitter page this evening, the proud 54 year old father has told he feels humbled and was unprepared for how much ‘love and pride’ he would feel towards his ‘handsome’s baby son.’

One endearing photo shows the new dad and mom,  36 year socialite, Lauren Silverman gazing at their new born son as they take to gently stroking their newborn son’s head.

Simon Cowell fathers child with married socialite. Did he break their marriage?

Eric Philip Cowell perhaps not uncoincidentally came to be born February 14th on Valentine’s day in NYC and since his birth, the music mogul has spared little in showing off his newborn son with the public.

At the time of baby Eric’s birth, Simon Cowell was close at hand.

Told a source close to Simon said: ‘It was an incredible and emotional day. Simon was by Lauren’s side the entire time from when he arrived. He admitted he was a little nervous before but when it came to it he was completely natural.’

It is believed that the music honcho will spend a few days with girlfriend and new born son Eric before returning to the Britain’s Got Talent judging panel. Lauren is said to be joining him in the UK in five to six weeks.

Nevertheless many have openly wondered if the birth of his newborn son will temper the omnipresent media whore from continuing to being an unabashed narcissistic as he goes from fortune to fortune and now the birth of an unexpectant son.

At 54 Cowell had told as recently as last year before the announcement of his on off girlfriend’s pregnancy that he hadn’t thought much about being a father and that was probably by now well beyond him.

Nevertheless despite the love hate relationship the music mogul enjoys with the public, the outpouring of well wishes and congratulations has been unrelenting as celebrities and media personalities have extended Cowell good will.

Told Piers Morgan: ‘A young Simon Cowell with his father Eric, who he adored… lovely tribute to name his son after him.’

Joining him was Mario Lopez who tweeted: ‘#Congrats to my boy @SimonCowell & his Valentine’s Day baby!!! Smooth move… Only you could pull that off Sir.’

And then there was this comment on the web that brought a rueful smile to this author’s face:

I didn’t realize there were so many Simon fans out there. Before this baby, most people were disgusted with him and his obnoxious narcissism. Now everyone is extending congrats to a couple who are nothing but a combination of two self-centered and deceitful people, neither of whom has a conscience. She cheated and threw away her ex-husband (and maybe her other son) and Simon betrayed a good friend. Yeah, congrats to an admirable couple with a lot of class and a great set of morals. 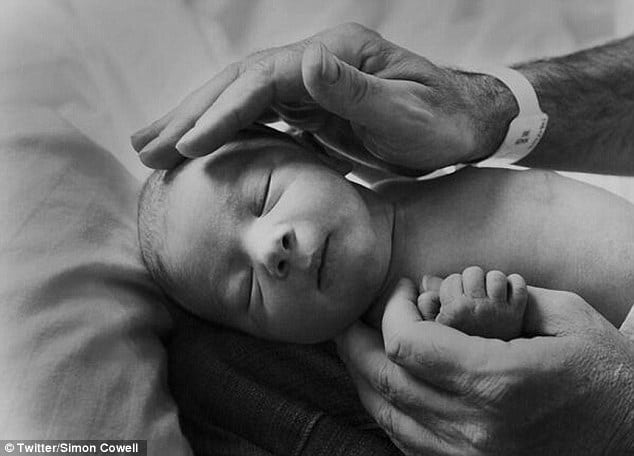