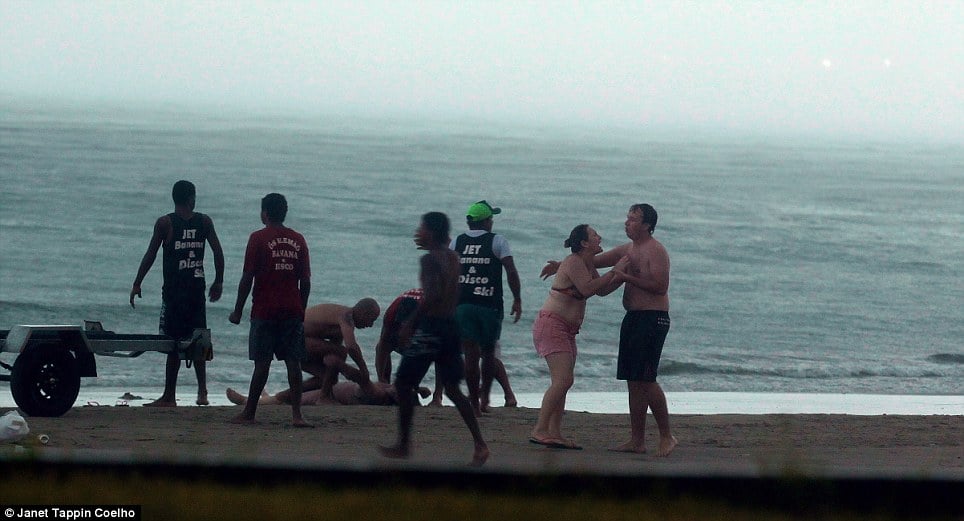 A 36 year old Brazilian tourist, Rosangela Biavati has been caught on film the moment she was struck and killed by lightning as she straddled towards the ocean to get her son and nephews to leave the waters as lightning begun. Little did the mother or her entourage realize in mere moments she herself would be struck.

The woman is said to have died instantly as she descended towards the shore of the popular seaside resort of Guaruja on the coast of Sao Paulo. She was struck by a single lightning bolt.

The first photograph shows Rosangela Biavati heading towards the water with outstretched arms as she warns her 11-year-old son to get out of the sea because of the gathering storm overhead. The next image captures the electrical discharge streaking down.

A Mitsubishi pickup obscures the moment the bolt hits Biavati as she steps towards the water’s edge but the tragic outcome is clearly evident in the following image in the sequence of shots. 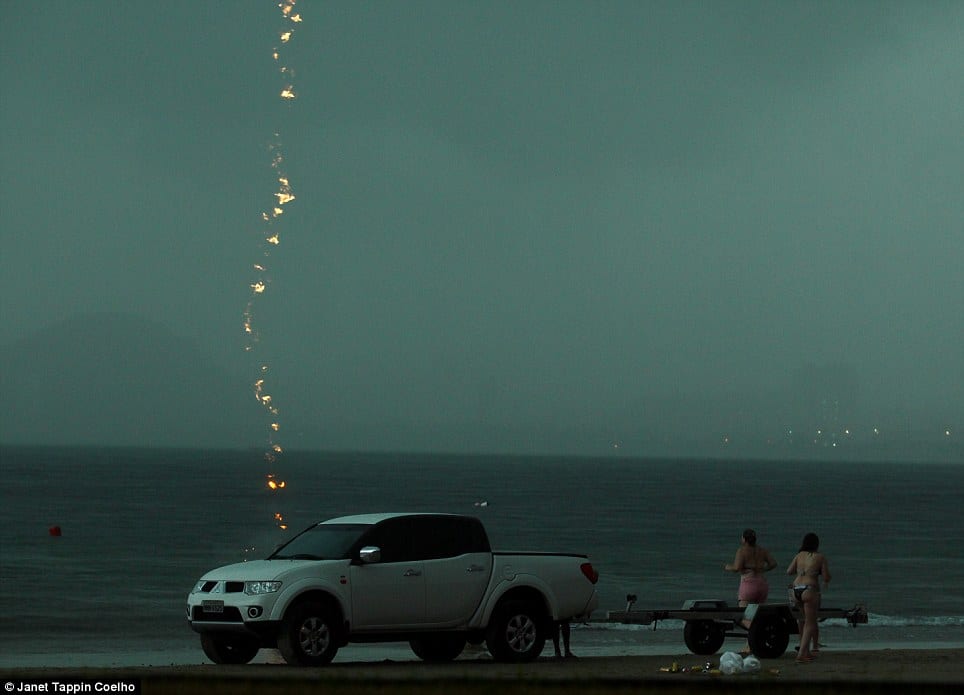 Told Biavati’s brother Elias Biavati: ‘When I saw my sister she was already lying on the ground and people were trying to revive her by massaging her heart.’

According to the Biavati, another sister who was standing near to Roseangela when the lightning struck received a black eye.

‘We are in a state of shock. My brother-in-law is devastated by the sudden death of his wife. We can’t believe how it happened – it could have been any one of us,’ the victim’s brother said.

A total of 13 members, all from the same family, had gone to the beach for the day. They arrived at midday but by 3pm the sunny weather had changed as storm clouds gathered and the weather became overcast and the atmosphere heavy.

Café owner Arionaldo Garrido, who was on the beach, said he quickly realized something was wrong.

‘We had taken our tables inside because we could see a storm was coming. Several rays had already flashed across the sky and streaked down,’ he recalled.

‘Suddenly we heard a loud bang and saw several people running. We knew that something terrible had happened. It’s a real tragedy for the family who have lost a wife and mother.’

Climatologist Rodolfo Bonafim told that the lightning bolts are common around this time of year.

‘There is a high incidence of lightning now because of an increase in heat and humidity. It’s more concentrated at this time during the summer than at other times in the year because the humidity is higher.

‘The seaside area is also a region bounded by the Atlantic Ocean, making it a perfect zone for this type of inclement weather,’ he said.

And nature carries on, undeterred by our human lot and where we may lay or stand at any moment as it lands its rays of sunshine, gentle winds, tidal waves, shaking earth crevices, wild forest fires and bolts of lightning. One can only live life just as undeterred as nature itself, even with the knowledge in the end life and fate can never be out guessed…. and outlived. 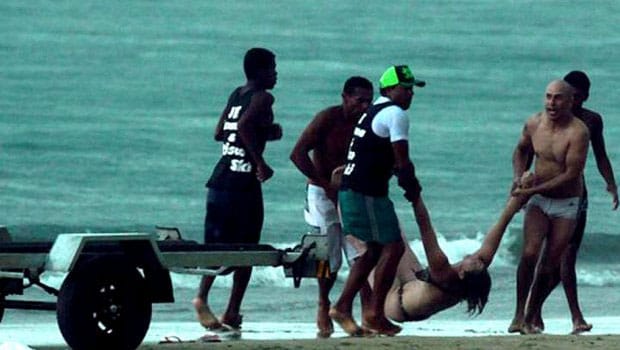