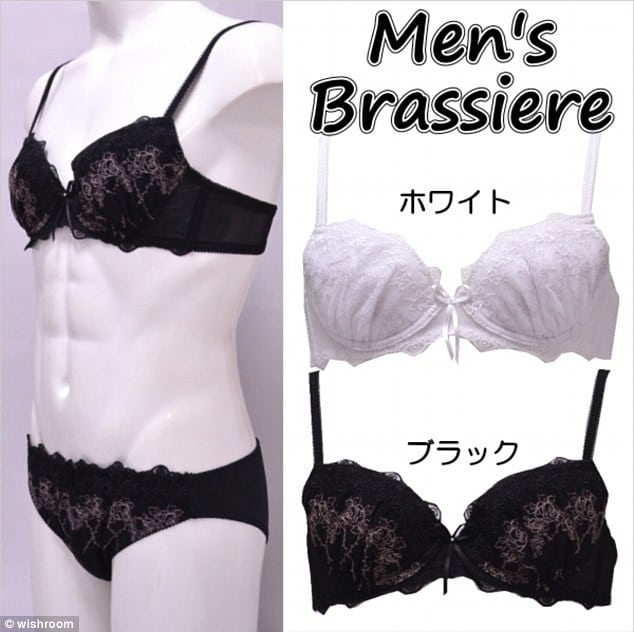 Gentlemen have you ever pondered the notion of wearing dainty bras and knickers? Fortunately Japanese label Wish Room Men’s has come to the fore and offered us men a ‘quality’ draw of the bras and knickers for the discerning gentleman. Confused? Don’t be follow me to the dressing room right this way…

UK dailymail: A Japanese online retailer is branching out into bras, knickers and even silky nighties that, despite looking exactly like something you’d usually find in a woman’s lingerie drawer, are actually intended for men.

The brand new line of pretty, floral bras and lacy knickers from fashion label Wish Room Men’s, who sell their products on major Japanese web shopping mall Rakuten, are due to arrive in stores mid-February.

That said Wish Room Men’s allows the discerning gent to relish in floral lacy details (yes kids I’m gleefully blushing too) and underwiring. The label though does tell that gents bras lack padding, thus allowing gents to slip on without feeling ‘unnatural.’

Reflected Wish Room Men’s representative Masayuki Tsuchiya who wears the label’s wares: ‘I like this tight feeling. It feels good.’

And in case you think gentlemen’s lingerie is not something that most men are into you might be surprised to know that in fact orders with the retailer are quite buoyant and are expected to increase going forward.

‘Since we launched the men’s bra, we’ve been getting feedback from customers saying, “Wow, we’d been waiting for this for such a long time.”‘

New underwear has been a big craze in Japan with designers in 2008 creating a solar-powered bra that was claimed to be able to charge an iPod.

The bras and knickers come in pink and mint green sets, and retail for the surprisingly low price of

What do you think gents? Isn’t it time you took on your more feminine side too? 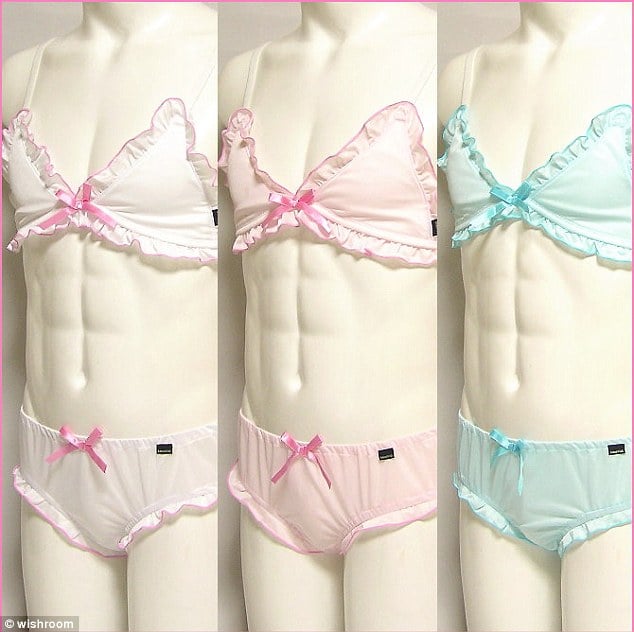 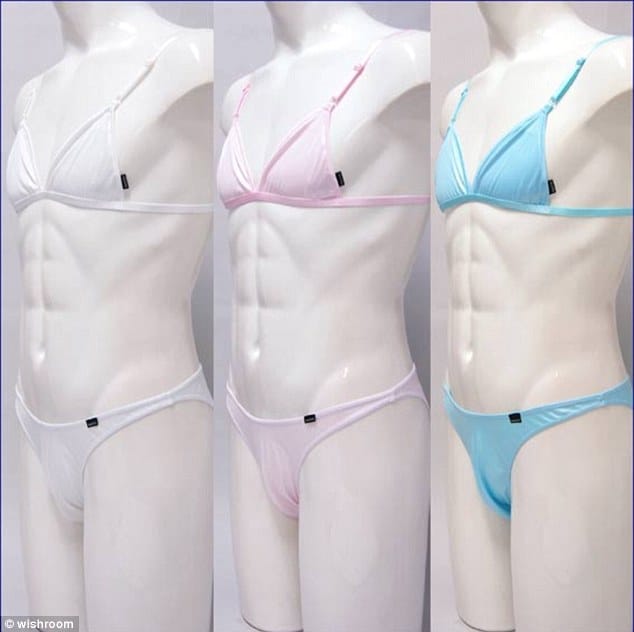 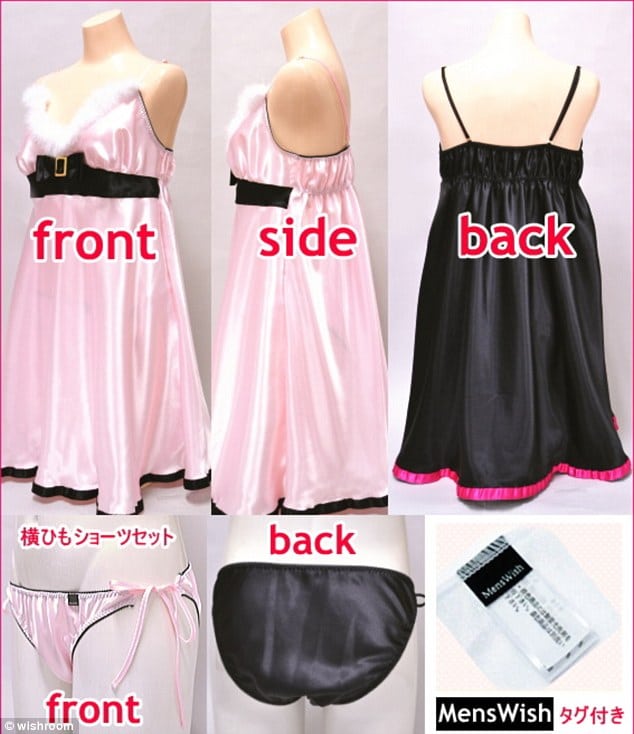